Important Military missions Before the Battle of Badr - II 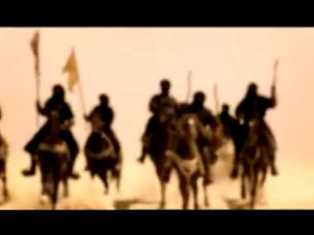 was directed towards establishing the position of that state and treating the Quraysh in the same way as it declared the state of war against Al-Madeenah. Therefore, he sent expeditionsSaraaya and led battles Ghazawaat before the Greater BattleGhazwah of Badr, the most important of which are:

. It was as also known as the battleGhazwah of Wadaan (a big large village behind Al-Abwaa’). There arewere ttwo places were behind each other and the distance between them wasis six or eight miles. There was no fighting during that battle Ghazwah. Rather, there was reconciliation between Muslims and Dhamrah (a sub- tribe of Kianaanah). This battle wasGhazwah occurred took place in the month of Safar, in the second year after Hijjrah (emigration). The Muslims amounted to were two hundred riding and walking soldiers; some on horseback and some on foot.
2- The ExpeditionSariyyah of ‘Ubaydah bin Al-Haarith, may Allah be pleased with him
This was the first military mission dispatched by the Messenger of Allah

. It included sixty fighters of from the Muhaajiroon (emigrants). The Qurayshi enemies numbered more than two hundreds made up of riding and walking fighters. The leader of the polytheists was Abu Sufyaan bin Harb. Some scrimmages occurred between the two parties over a water in the valley of Raabigh. During this expeditionSariyyah, Sa‘d bin Abi Waqqaas, may Allah be pleased with him, threw the first arrow in Islam. This was after his return from Al-Abwaa’.
3- The ExpeditionSariyyah of Hamzah bin ‘Abdul-Muttalib, may Allah be pleased with him
Ibn Is’haaq

said,
“Having reached Al-Madeenah after the battleGhazwah of Al-Abwaa’, the Prophet

sent Hamzah bin ‘Abdul-Muttalib, may Allah be pleased with him, to Seef Al-Bahr [a coastal area in the direction of Al-‘Ees]. The Muslims amounted to were thirty riders ofromf the Muhaajiroon. He met Abu Jahl bin Hishaam at that area and there were 300 riders of the Makkans. Majdy bin ‘Amr Al-Juhani, however, prevented them from fighting as he was an alley of both of them. Both parties returned and there was no fighting among them.”
4- The BGhazwah attle of Buwaat
The Messenger of Allah

led the battleGhazwah of Buwaat (one of the mountains of Juhaynah, in the direction of Radhway, near Yanbu‘) in the month of Rabee‘ Al-Awwal, in the 2nd year after Hijrah. He accompanied two hundreds of his Companions, may Allah be pleased with them, intending to seize a caravan fromor the Quraysh that included Umayyah bin Khalaf along with one hundreds men and two thousands and five hundreds camels. However, the Prophet

did not catch them and so he returned to Al-Madeenah.
5- The BGhazwah attle of Al-‘Ushayrah
During this battleGhazwah, the Prophet

attacked the Quraysh and appointed Abu Salamah bin ‘Abdul Aasad, may Allah be pleased with him, as a ruler in Al-Madeenah. This Such a battle was called the Ghazwah of Al-‘Ushayrah. The Prophet

did not fight and returned to Al-Madeenah because the caravan for which the battleGhazwah was launched passed days before the arrival of the Muslims going to Ash-Shaam (greater Syria). It followed the coast of the sea. The Quraysh knew about the news and went out in order to protect the caravan and they met the Messenger of Allah

and the Greater BattleGhazwah of Badr took placeoccurred.
6- The Expedition Sariyyah of Sa‘d bin Abi Waqqaas, may Allah be pleased with him
After the battle Ghazwah of Al-‘Ushayrah, the Prophet

sent Sa‘d bin Abi Waqqaas, may Allah be pleased with him, in on an expeditiona Sariyyah consisting of eighty men of from the Muhaajiroon (emigrants). He setsat out until he reached Al-Kharraar (a place near to Al-Juhfah) in the land of Hijaaz. He then returned without fighting.
7- The Lesser BattleGhazwah of Badr
The reason behind this was that Kurz bin Jaabir Al-Fahri had attacked Al-Madeenah and plundered some camels and cattle. The Messenger of Allah

pursued him until he reached a valley named Safwaan from the direction of Badr. However, Kurz fled and the Messenger of Allah

did not catch him and, thus, returned to Al-Madeenah.
8- The ESariyyah xpedition of ‘Abdullaah bin Jahsh Al-Asadi, may Allah be pleased with him, to Nakhlah
The Prophet

sent ‘Abdullaah bin Jahsh, may Allah be pleased with him, in with eighty men from the Muhaajiroon to Nakhlah (Nakhlat Al-Yamaaniyyah: a valley where the tribe of Hawaazin camped during the day of the Battle of Hunayn), south of Makkah in at the last day of Rajab for reconnaissance and discovering news of Quraysh’s whereabouts. They met a commercial caravan for belonging to the Quraysh and seized it. They killed its leader, ‘Amr bin Al-Hadhrami, captured two of its men, ‘Uthmaan bin ‘Abdullaah and Al-Hakam bin Kaysaan, and brought them to Al-Madeenah. The Prophet

did not dispose of these booties until Allah The Exalted revealed the verse in which He Says (what means):
{They ask you about the sacred month - about fighting therein. Say, “Fighting therein is great [sin], but averting [people] from the way of Allah and disbelief in Him and [preventing access to] Al-Masjid Al-Haraam and the expulsion of its people therefrom are greater [evil] in the sight of Allah. And fFitnah [tribulation] is greater than killing.” And they will continue to fight you until they turn you back from your religion if they are able. And whoever of you reverts from his religion [to disbelief] and dies while he is a disbeliever - for those, their deeds have become worthless in this world and the Hereafter, and those are the companions of the Fire, they will abide therein eternally.} [Quran 2: 217]
When this verse was the noble Quran revealed, the Prophet

received the caravan and the two captives. During this expeditionSariyyah, the Muslims won their first booty, ‘Amr bin Al-Hadhrami was the first person to be killed by the Muslims, and ‘Uthmaan bin ‘Abdullaah as well as Al-Hakam bin Kaysaan were the first captives to be captured by Muslims.