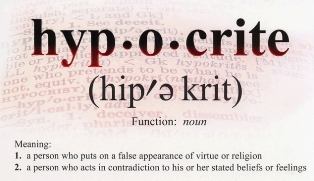 It was during this battle that the hypocrites fabricated the Incident of Slander after the failure of their first attempt to arouse the haughtiness of Jaahiliyyah (pre-Islamic ignorance). The Prophet

and his pure household. Historians of prophetic biography and battles unanimously agreed that the Incident of Slander took place after the Battle of Banu Al-Mustaliq. Scholars of Tafseer (Quranic exegesis) and Hadeeth adopted the same opinion.

In a Hadeeth on the authority of ‘Aa’ishah, may Allah be pleased with her, she said,
Whenever the Messenger of Allah

intended to set out on a journey, he would draw lots amongst his wives and would take with him the one upon whom the lot fell. During a battle of his [the Battle of Banu Al-Mustaliq], he drew lots amongst us and the lot fell upon me, and I proceeded with him after Allah had mandated Hijab upon women. I was carried in a Howdah [on the camel] and dismounted while still in it.
When the Messenger of Allah

was finished with his battle and started his journey back home and we approached Madeenah, he

ordered us to proceed at night. When that order was given, I walked until I was past the army to answer the call of nature. After finishing, I returned [to the camp] to depart [with the others] and suddenly realized that my necklace was missing. So, I returned to look for it and was delayed because of that. The people who used to carry me on the camel came to my Howdah and put it on the back of the camel, thinking that I was in it, as at that time women were light in weight and thin and lean and would not eat much. So, those people did not feel the difference in the weight of the Howdah while lifting it, and they placed it on top of the camel.
At that time I was a young girl. They set the camel moving and proceeded. I found my necklace after the army had gone, and came to their camp to find nobody. So, I went to the place where I was staying, thinking that they would discover my absence and come back searching for me. While in that state, I felt sleepy and slept.
Safwaan bin Al-Mu‘attil As-Sulami Ath-Thakwaani was behind the army and reached my abode in the morning. He saw a sleeping person and therefore came to me - and he would see me before I wore the Hijab. Therefore, I got up when I heard him saying, “Inna lil-laahi-wa inna ilayhi raaji‘oon [Indeed we belong to Allah, and indeed to Him we will return],” and I covered my face with my gown and by Allah, he did not say a single word to me and I did not hear anything from him except what he had said before [i.e., Inna lil-laahi-wa inna ilayhi raaji‘oon)].
He made his camel kneel down and got down from his camel, then he put his leg on the front legs of the camel and then I rode and sat over it. Safwaan set out walking, leading the camel by the rope until we reached the army, which had halted to take rest at midday. Then, whoever was meant for destruction fell into destruction [some people slandered me falsely], and the leader of the slanderers was ‘Abdullaah bin Ubayy bin Salool.
1-    The spread of the slander in Madeenah
‘Aa’ishah, may Allah be pleased with her, continued
After that we returned to Madeenah, and I became ill for one month while the people were spreading the forged statements of the false accusers without me knowing anything about that. I only felt during my ailment that I was not receiving the usual kindness from the Prophet

which I would receive from him whenever I was sick. He would come, greet me, and say: “How is that [girl]?”
I did not know anything about what was going on until I recovered from my ailment and went out with Umm Mistah to the Manaasi‘, where we would answer the call of nature, and we used to go out for that only from night to night, and that was before we had lavatories near our houses, and this habit of ours was similar to the habit of the old Arabs in the open country [or away from houses]. So, Umm Mistah bint Ruhm bin ‘Abd Manaaf— whose mother was the daughter of Sakhr bin ‘Aamir, and who was the maternal aunt of Abu Bakr As-Sideeq— and I went out walking. Umm Mistah stumbled because of her long dress and on that she said, “Let Mistah be ruined.” I said, “What a terrible thing you are saying! How could you say that about a man who took part in [the Battle of] Badr?” She said, “O naive girl, didn't you hear what he said?” Then she told me the rumors that were spread by the slanderers.
My sickness was aggravated, and when I returned home, the Messenger of Allah

came to me, and after greeting he said: “How is that [girl]?” I asked him to allow me to go to my parents. I wanted to be sure of what I heard. The Messenger of Allah

allowed me, and I went to my parents and asked my mother, “O mother, what are the people saying about me?” She said, “O my daughter, do not worry much about this matter. By Allah, never is there a charming woman loved by her husband who has co-wives, but that women would forge false tales about her.” I said, “Subhaan Allah [Glorified be Allah]! Are people really saying this?” That night I kept on weeping and could not sleep till morning.
2-     The Messenger of Allah

consults some of his Companions when revelation was delayed concerning this matter.
In the morning, the Messenger of Allah

called Bareerah and said: “O Bareerah, have you ever seen anything which aroused your suspicions about her?” Bareerah said, “No! By Allah who has sent you with the truth, I have never seen in her anything negative except that she is a girl of immature age who sometimes sleeps and leaves the dough for the goats to eat.”
On that day the Messenger of Allah

ascended the pulpit and requested somebody to support him in punishing ‘Abdullaah bin Ubayy bin Salool. The Messenger of Allah

said: “O company of the Muslims, who will support me in punishing a person [‘Abdullaah bin Ubayy bin Salool] who has hurt me by slandering my family? By Allah, I know nothing about my family but what is good, and they have accused a person about whom I know nothing except what is good, and he has never even entered my house except in my company.” Sa‘d bin Mu‘aath got up and said, “O Messenger of Allah, by Allah, I will relieve you from him. If the man is from the tribe of the Aws, then we will chop his head off, and if he is from our brothers, the Khazraj, then order us, and we will fulfill your order.”
3-    Effects of the tribulation of the slander
On that, Sa‘d bin ‘Ubaadah, the chief of the Khazraj who was known as a pious man, got up, motivated by his bigotry for his tribe, and said, “By Allah, you told a lie; you cannot kill him, and you will never be able to kill him.” On that, Usayd bin Hudhayr, the paternal cousin of Sa‘d bin Mu’aath, got up and said [to Sa‘d ibn ‘Ubaadah, may Allah be pleased with him], “By Allah, you are a liar! By Allah, we will kill him, and you are a hypocrite, defending the hypocrites.” Upon that, the tribes of the Aws and Khazraj got excited and were about to fight each other while the Messenger of Allah

was still standing on the pulpit. He got down and pacified them until they became silent, and he kept quiet.
On that day, I (‘Aa’ishah, may Allah be pleased with her) kept on weeping so much so that neither my tears stopped, nor could I sleep. In the morning my parents were with me, and I had wept for two nights and a day. They feared that my liver would burst from weeping. While they were sitting with me and I was weeping, an Ansaari woman asked my permission to enter, and I allowed her to come in. She sat down and started weeping with me. While we were in this state, the Messenger of Allah

came and sat down, and he had never sat with me since the day they forged the accusation.

The Hypocrites’ Attempt to Defame the Prophet

by Slandering ‘Aa’ishah, may Allah be pleased with her, in What is Known as the Incident of Slander - II