An Aggravation of the Muslims’ Affliction - II 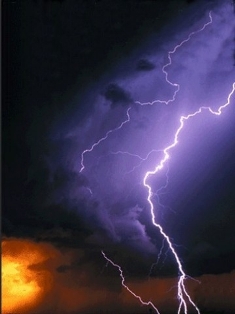 negotiated with them over his offer to make a separate peace treaty with Ghatafaan. The agreement draft included the following articles:

a-     A separate peace treaty shall be signed between the Muslims and the Ghatafaan tribe whose forces form a part of the armies of confederates.
b-    Ghatafaan shall maintain peace with the Muslims and cease any military operation against them in general, and during this period in particular.
c-     Ghatafaan shall lift their blockade of Madeenah, withdraw their forces and return to their town.
d-    Muslims shall, in return for this, pay one-third of the produce of all fruits of Madeenah, initially for one year. According to Al-Waaqidi

the Messenger of Allah

refused to give them more than one-third, and thereupon they accepted. They had come to meet the Prophet along with ten of their people when the Muslims and polytheists were on the verge of war.
From the military point of view, that both leaders of Ghatafaan accepted the offer made to them by the Messenger of Allah

reflects the clarity of the objective for which Ghatafaan set out. It was the fuel that kindled their desires and stirred them up to fight. Undoubtedly, with the disappearance of that motive, the fighters lost at least two-thirds of their power to fight, which, in turn, lowered the morale that drove them to fight their enemy as bravely and courageously as they could. In this way, the Messenger of Allah

succeeded to fragment and weaken the power of the face of the confederates.
In these negotiations, the Messenger of Allah

demonstrated an important aspect of the Prophetic method of movement to solve a crisis when it worsens, presenting to the new generations of Muslim society a lesson to face severe trials. Before finalizing the peace treaty with Ghatafaan, the Messenger of Allah

consulted the Companions, may Allah be pleased with them, about the matter, and they were of the opinion that none of Madeenah’s fruits should be given to Ghatafaan. Both Sa‘d bin Mu‘aath and Sa‘d bin ‘Ubaadah, may Allah be pleased with them, said, “O Messenger of Allah, is this something you like so that we would do it [out of our obedience to you], or is it something you have been commanded by Allah to do and thus must be done [in compliance with the order of Allah], or is it something you are doing for our sake?” He

said: “It is something I am doing for your sake. By Allah, I am doing so only because I see that the Arabs have united to exterminate you and have encircled you from all sides. I thus would like to do something with the intention of eliminating their power over you.” On that Sa‘d bin Mu‘aath, may Allah be pleased with him, said to him, “O Messenger of Allah, [prior to Islam] we and these people were idolators who ascribed partners to Allah in worship: we neither worshipped nor knew Allah. At that time, they never coveted to eat of it a single fruit except by way of trade or hospitality. Is it possible that when Allah has honored us with Islam, guided us to it and has given us power and honor with you and it, that we give them our property? We are not in need of that. By Allah, we shall only put them to the sword until Allah decides between us and them.” The Prophet

said: “As you wish, then.” Sa‘d bin Mu‘aath, may Allah be pleased with him, took the document and erased what it said. Then he commented, “Let them be [as] hard upon us [as they like].”
The reply of both Sa‘d bin Mu‘aath and Sa‘d bin ‘Ubaadah, may Allah be pleased with them, who were chiefs of Ansaar (the helpers), showed their perfect submission to Allah The Almighty and their deep respect to the Messenger of Allah

liked as his own opinion, which should be given precedence and obedience.
The third was that it might have be something suggested by the Messenger of Allah

in the interest of Muslims by way of showing kindness and sympathy towards them, and in this case it would have been subject to discussion.
When it was clear to both Sa‘d bin Mu‘aath and Sa‘d bin ‘Ubaadah, may Allah be pleased with them, from the answer given by the Messenger of Allah

that he had intended the third possibility, the reply of Sa‘d bin Mu‘aath, may Allah be pleased with him, was strong enough to depress both chiefs of Ghatafaan, in which he stated that as the Ansaar had never humbled themselves to these aggressors during the pre-Islamic days and how could they therefore do so now when Alllaah The Almighty had honored them with Islam? The reply of Sa‘d, may Allah be pleased with him, was admired by the Messenger of Allah

and it reassured him about the high morale of the Ansaar, which encouraged him to cancel the project of a peace treaty with Ghatafaan.
The statement of the Messenger of Allah

: “I am doing so only because I see that the Arabs have united to exterminate you,” shows clearly that the Messenger of Allah

endeavored with his plan to hinder the Arabs from gathering as one rank against him. Many things might be elicited by Muslims from this incident, including:
·        Muslims should endeavor to discover the loopholes and weak points of aggressive forces
·        The strategic objectives of Muslim leadership should be focused on neutralizing as much of the enemy force as possible, paying special attention to Fatwa (rulings) and consultation, and taking into consideration the current and future interests of Islam.
That the Messenger of Allah

consulted his Companions shows us his way of leadership and his keenness on acting upon the principle of consultation in all military affairs of common interest. The matter should be put to consultation and no one should make the decision on his own, even the Messenger of Allah

himself, so long as it was subject to reasoning and regarding which nothing was revealed. That the Messenger of Allah

accepted the opinion of the Companions, may Allah be pleased with them, to reject the peace treaty highlights the fact that successful leadership should be based on the exchange of confidence between the leader and his soldiers: they should give just estimate to each other and respect each other’s opinion. The peace treaty suggested by the Messenger of Allah

with the two leaders of Ghatafaan was an item of Sharee‘ah-accepted policy, in which both benefit and evil were considered in light of what seemed to be more fitting in the sight of the nation’s rightly-guided leadership.
The position taken by the Companions, may Allah be pleased with them, from that peace treaty had three dimensions:
a-     It confirmed the spiritual courage Muslims should have when expressing their opinions and resorting to consultation about any matter of common interest when necessary.
b-    It revealed the essence of the Muslims, and the reality of the connection they should have with Allah The Almighty, His Messenger

and with Islam.
c-     It showed how the high spirits of the Muslims would enable them to handle critical situations with patience, and the strong desire to overcome the enemies, no matter how great they are in number of soldiers, war equipment and allies.
The concern that the Messenger of Allah

resorted to the use of weapons to arouse doubts and spread propaganda that aimed at breaking the confidence and solidarity of the confederates. He

knew well the implicit rupture in their ranks, which he endeavored to highlight, enlarge, and utilize in his favor. Previously, he had provoked the covets of Ghatafaan, which made them less determined to fight; and now, Nu‘aym bin Mas‘ood, the Ghatafaani, was driven by the decree of Allah The Almighty to the Messenger of Allah

said to him: “You are among us but one man. So, if you could, thwart [the disbelievers] from fighting us [then do so], for war is stratagem.”
By command of the Messenger of Allah

Nu‘aym sowed the seeds of doubt among the allying parties. He induced the Jews to demand hostages from the Quraysh lest they would leave them and abandon the blockade. At the same time, he convinced the Quraysh that the Jews only demanded those hostages to deliver them to the Muslims as a price for reconciliation with them once again. This famous story of Nu‘aym bin Mas‘ood was not against the Sharee‘ah-accepted political rules, on the basis that war is stratagem. The propaganda conducted by Nu‘aym bin Mas‘ood achieved great success, for it instilled the spirit of mutual distrust and lack of confidence among the leaders of the confederates, and this played an important role in weakening their power and frustrating their endeavors.
The success of Nu‘aym’s mission was due to the following reasons:
a-     He concealed the fact that he had embraced Islam from all parties, and this is why each party trusted his advice.
b-    He reminded Banu Quraythah of the evil destiny of Banu Qaynuqaa‘ and Banu An-Nadheer before them, and opened their eyes to the evil future that would await them if they continued fighting with the Messenger of Allah

which caused them to change their ideas and reverse their aggressive plans.
c-     He succeeded in convincing each party to conceal his advice from the other party, and it was the continued concealment that ensured the success of his mission. Were his matter to be disclosed to any party, surely, he would have failed in his mission.
Thus, Nu‘aym bin Mas‘ood, may Allah be pleased with him, played a great role in the battle of Al-Ahzaab.

An Aggravation of the Muslims’ Affliction - I