Eliminating Instigators Against the Islamic State - I 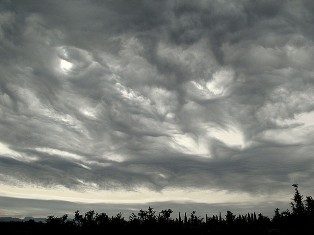 Abu Raafi‘ Salaam bin Abu Al-Huqayq was from the Jews of Banu An-Nadheer who frequently instigated people against the Islamic state. He assigned a great reward for Ghatafaan and the surrounding Arab Mushrik (pagan) tribes if they waged war against the Messenger of Allah

. The news of Abu Raafi’ spread and became known, as he was amongst those who instigated the confederates to fight the Messenger of Allah

. Consequently, his instigation against the Islamic state became one of the dangers that necessitated confrontation.
1-    The expedition marches to Khaybar
The Messenger of Allah

‘Abdullaah bin ‘Ateek, may Allah be pleased with him, saw some people staying for a late gathering with Abu Raafi‘ in his room. He hid himself until the people who were with Abu Raafi‘ had left; he then ascended to him and whenever he opened a door, he closed it from the inside so that no one would be able to catch him before he had killed Abu Raafi’. So he reached him and found him sleeping in a dark room among his family.
He said, “I could not find him in the room, so I shouted, ‘O Abu Raafi‘!’ Abu Raafi‘ said, ‘Who is it?’ I proceeded towards the source of the voice and hit him with a sword, and because of my perplexity, I could not kill him. He cried out loudly, and I came out of the house and waited for a while, and then went to him again [pretending to be a person coming to his rescue] and said, ‘What is this sound, O Abu Raafi‘?’ He said, ‘Woe to your mother, there is a man in my house who has hit me with a sword!’ I again hit him but did not kill him. Then I drove the point of the sword into his belly [and pressed it through] till it touched his back, and I realized that I had killed him.
“I then opened the doors one by one until I reached the staircase, and thinking that I had reached the ground, I stepped out and fell down and broke my leg. It was a moonlit night. I tied my leg with a turban and proceeded on until I sat at the gate, and said, ‘I will not go out tonight until I know that I have killed him.’ Early in the morning, the announcer of casualty stood on the wall saying, ‘I announce the death of Abu Raafi‘, the merchant of Hijaaz.’ Thereupon, I went to my companions and said, ‘Save yourselves, for Allah has killed Abu Raafi‘.’ So I [along with my companions proceeded and] went to the Prophet

and related the story to him in detail. Thereupon, The Prophet

said: ‘Stretch out your [broken] leg.’ I stretched it out and after he rubbed it, my leg became well as if I had never had any ailment whatsoever.” [Al-Bukhari]
According to the books of prophetic biography, when Abu Raafi‘ was struck with the sword, his wife cried, and he (‘Abdullaah) intended to kill her, but he desisted, for the Messenger of Allah

said to them when they came to him: “Then, hasten [in bringing] your swords [to me].” They brought their swords and looked at them, and thereupon the Messenger of Allah

said: “It was this sword that killed him.” Referring to the sword of ‘Abdullaah bin Unays, may Allah be pleased with him, as it had a trace of food on it.
The reader might have the false impression that there is contradiction between the narration of Al-Bukhari

and the narrations of the other books of prophetic biography that state that it was the strike of the sword of ‘Abdullaah bin Unays, may Allah be pleased with him, which killed Abu Raafi‘. However, in reality, it is not so. In the narration of Al-Bukhari

‘Abdullaah bin ‘Ateek, may Allah be pleased with him, relates about himself, stating that it was almost certain that it was he who had killed him. That he related his role in the death of Abu Raafi‘ the Jew does not mean that no one else took part with him in that operation. He himself did not deny that anyone else had taken part with him in the operation of killing Abu Raafi‘. The various narrations explain each other. According to these different narrations, each member of the expedition claimed that it was his strike which killed him. The Messenger of Allah

considered their claims and checked their swords, then he gave his decision that the deadly strike was that of the sword of ‘Abdullaah bin Unays, may Allah be pleased with him, due to the traces of food on it, that is, that it was this sword that penetrated the abdomen of Abu Raafi’, tore his belly, ripped open his intestines, and mixed with food inside his body.