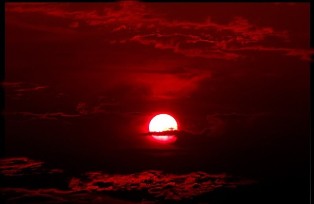 This incident implies lessons and benefits including:

mentioned some of these benefits saying, “The captive is permitted not to surrender to the enemy, even if he would be killed, so as not to be under the control of a non-Muslim. This is in case he is capable of exposing himself to hardship. However, if he wants to utilize the Sharee'ah concession, he would be permitted in such a case to seek protection. Al-Hasan Al-Basri

is of the view that it is permissible. Sufyaan Ath-Thawri

indicated his disapproval of such an action.”
The Hadeeth also indicates that Muslims are required to fulfill the promises that they give to non-Muslims, not to kill their children out of prudence, and treat the person who is about to be executed kindly. The Hadeeth also proves that there are supernatural events that appear on the hands of the allies of Allah, shows the virtue of supplicating to Allah The Almighty against the polytheists in general and that of performing a prayer at the time of one's execution and reciting poetry at that time. Reciting poetry at the time of death was evidence of the strength of certainty that Khubayb, may Allah be pleased with him, enjoyed as well as the firmness of his faith.
The Hadeeth also signifies that Allah The Exalted tests His believing slave however He wants and by whatever He wishes, as He preordained this to reward him. However, if our Lord had wished, these people would not have done what they did. It also indicates that Allah The Exalted responds to the supplication of the Muslim, and honors him alive and dead. This is in addition to other benefits that are manifest by reflection. Allah The Exalted responded to the supplication of ‘Aasim, may Allah be pleased with him, and protected his corpse from the polytheists, although He did not prevent them from killing him as He wanted to honor him with martyrdom. Protecting the sanctity of the corpse of ‘Aasim, may Allah be pleased with him, was one of the supernatural events with which Allah honored His ally.
2- Between surrender and fighting until death
The aforesaid Hadeeth indicates that the Muslim captive is permitted to reject an offer of protection from non-Muslims and not surrender, even if he would be killed so as not be under the protection of a non-Muslim, as ‘Aasim, may Allah be pleased with him, did. However, if he wanted to utilize the Sharee‘ah concession, he would be permitted to enter into their protection, seeking an opportunity to escape and hoping for salvation, as Khubayb and Zayd, may Allah be pleased with them, did. However, if the Muslim captive has an opportunity to flee, he would be obliged to do so according to the preponderant view, even if he could perform the rituals of his religion among his enemies, because the Muslim captive is subdued and humiliated among the polytheists. Hence, he is obliged to save himself from the disgrace of capture and its slavery.
This Hadeeth opens a wide door before Muslims in dealing with such events. When they are unjustly required to be killed, they have the option either to surrender or fight until death. This is applicable as long as they are unjustly sought to be killed and the authority in charge is not Islamic.
3- Exalting the Sunnah of the Prophet,

The Hadeeth indicates how the Companions, may Allah be pleased with them, exalted the Sunnah of the Prophet,

. Although Khubayb, may Allah be pleased with him, was in the capture of the polytheists and knew that he would be killed at any moment, he was keen to apply the prophetic practice of shaving one's pubic hair and borrowed a razor for that purpose. This is a reminder for people who neglect many of the prophetic practices, and even religious obligations, under the pretext that Muslims should not bother themselves with such things because of the difficult conditions that the Ummah (Muslim nation) is experiencing. In fact, there is no contradiction between exalting the Sunnah of the Prophet,

, and encompassing all the Islamic laws.
4- Islam uproots treachery and rancor
When Khubayb, may Allah be pleased with him, borrowed the razor from one of Al-Haarith's girls to shave his pubic hair and she gave it to him, the woman said, “By chance, while I was inattentive, a little son of mine went to him, and he seated him on his thigh while the razor was in his hand.” She was terrified and Khubayb, may Allah be pleased with him, noticed her fear and said, “Are you afraid that I might kill him? Never would I do such a thing, if Allah wills!”
This is a wonderful incident that indicates the nobility and purity of the soul and adherence to the Islamic methodology. Allah The Exalted Says (what means): {And no bearer of burdens will bear the burden of another.} [Quran 17: 15] It is faithfulness that people learn from those whom they betrayed. Uprightness is the natural behavior of the Muslim at times of prosperity and hardship.
Also, the statement of Khubayb, may Allah be pleased with him, “Never would I do such a thing, if Allah wills.” The Arabic equivalent of that statement indicates that such an action was impossible, unimaginable and unprecedented under the current circumstances, although this could be an exceptional case due to necessity and to save one’s self from death. However, the basic principle is faithfulness and avoiding treachery, and is not changed by illusive considerations. This was an example of the greatness of the Companions, may Allah be pleased with them, when they applied the morals of Islam on themselves even with their enemies who oppressed them. This stands as evidence of their awareness and perfect faith.
5- The love for Prophet,

, because love is the fruit of knowledge and the Companions knew the status of the Prophet,

, better than all other people, hence, they loved him immensely. During the incident of Ar-Rajee‘, that love manifested in the calm dialogue that took place between Zayd bin Ad-Dithinnah, may Allah be pleased with him, and Abu Sufyaan. Before killing him, Abu Sufyaan, said, “I ask you by Allah, Zayd, do not you wish that Muhammad were with us now to take your place so that we could cut off his head, and you were with your family?” Zayd, may Allah be pleased with him, said, “By Allah, I would not wish Muhammad to be in a place where even a thorn could hurt him if that was the condition for my being with my family!”
Such love is part of faith. it was narrated that the Messenger of Allah,

, said: “Whoever possesses the following three qualities will taste the sweetness of faith: when Allah and His Messenger become dearer to him than anything else, when he loves a person only for the sake of Allah, and when he hates to return to disbelief after Allah has saved him from it just as he hates to be thrown into the fire.” [Al-Bukhari]