The Final Hours of the Life of the Prophet - II 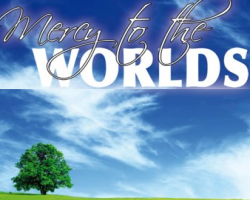 5-   Paying the pledge of allegiance to Abu Bakr, may Allah be pleased with him, as the Caliph:

The Muslims paid the pledge of allegiance to Abu Bakr, may Allah be pleased with him, as a Caliph in a meeting that was held at Bani Saa‘idah's brushwood shelter. This deprived the devil of an opportunity to disunite them and closed the door before any desire to manipulate them. They also wanted the Prophet,

, to leave this world with the Muslims united, organized and having a ruler to take care of their affairs, including making the necessary preparations to bury the Prophet,

In the future, we will speak about the caliphate of Abu Bakr, may Allah be pleased with him, when we come to speak about the era of the Rightly-Guided Caliphs, if Allah wills.

6-   Washing, shrouding and praying over the Prophet,

‘Aa’ishah, may Allah be pleased with her, said,
When the people wanted to wash the Prophet

they said, “We do not know whether we should take off the clothes of the Prophet

as we do with our dead, or wash him with his clothes on.” When they differed, Allah The Exalted cast slumber over them to the extent that all of them put their chins on their chests. Then a speaker spoke from a corner of the house without anyone of them knowing who he was, saying, “Wash the Prophet

with his clothes on.” So, they washed the Prophet

with his shirt on.
They poured water on the shirt and rubbed him with it rather than with their hands.” [‘Aa’ishah, may Allah be pleased with her, continued], If I had thought well about this matter, it should have been that no one would have washed him except his wives. (This was narrated by Al-Haakim

in Al-Mustadrak, and he said that it is Saheeh according to the conditions stipulated by Imaam Muslim

.)
The Messenger of Allah

was shrouded in three cotton garments of a white Yemeni material from Sahool, among which was neither a shirt nor a turban.[Muslim]
Then the Muslims prayed over the Prophet,

. Ibn ‘Abbaas, may Allah be pleased with him, said, “When the Prophet

died, people came in groups and prayed over him; first the men, then the women, then the children and then the slaves. No man acted as an Imaam [leader] in the prayer over the Prophet

said, “This [praying over the Prophet

individually without an Imaam] is unanimously agreed-upon.”
7-   Where, when and how was the Prophet,

, buried? And who buried him?
At first, the Muslims disagreed regarding where the Prophet,

, regarding this. ‘Aa’ishah and Ibn ‘Abbaas, may Allah be pleased with them, said, “When the Prophet

died and was washed, the Muslims differed regarding where they should bury him. However, Abu Bakr said, ‘I still remember what I heard from the Prophet

on this matter. He said, “Allah The Almighty always takes the lives ‎of the prophets in the place where they should be buried.” So, bury him where his bed is.’”
Ibn Katheer

said, “It was recurrently reported that the Prophet

, was buried in a grave containing a Lahd [niche]. So, scholars agreed that the Lahd (niche) and the Shaqq (trench) are permissible in Islam. However, the Lahd is better in solid soil, where dust does not collapse; otherwise, the Shaqq takes precedence.
AI-Albaani

said, “Both the Lahd and the Shaqq are permissible since both of them were used during ‎the lifetime of the Prophet

but the former is better, for Allah The Exalted ‎always chose the best for His Prophet

. As for the description of the Prophet's

grave, it was ‎slightly humped.” [Al-Bukhari]
Hence, the majority of scholars agreed that making graves slightly humped is recommended and better than flattening them, and there is great disagreement regarding this issue, but this is not the proper place to mention it in detail. However, Ibn Al-Qayyim

conciliated the two opinions saying, “The graves of the Companions of the Prophet

were neither high nor flat, which was the same condition of his grave and that of his two Companions [Abu Bakr and ‘Umar, may Allah be pleased with them]. The grave of the Prophet

and the graves of his two Companions were slightly humped and were neither built nor covered in clay. In addition, the grave of the Prophet

was slightly raised above the surface of the ground.‎”
As for those who buried the Prophet,

said,
Those who went down into the grave of the Prophet

were ‘Ali bin Abi Taalib, Al-Fadhl bin ‘Abbaas, Qutham bin ‘Abbaas and Shaqraan [who was a freed slave of the Prophet

added Al-‘Abbaas, may Allah be pleased with him. An-Nawawi

also added that it was said that Usaamah bin Zayd and Aws bin Khawlah, may Allah be pleased with them, were with them. The Prophet

was buried in a grave containing a Lahd, which was sealed with nine adobes, then they poured dust over it.
With regard to the time when the Prophet,

, was buried, many scholars said that he was buried on a Wednesday night. Ibn Katheer

said, “This is the predominant opinion of the majority of scholars, that is, he died on a Monday and was buried on [the following] Wednesday night.”
The death of the Messenger of Allah,

, affected the honorable Companions greatly. Anas bin Maalik, may Allah be pleased with him, said, “We neglected our hearts even before we finished with the burial of the Prophet

The Final Hours of the Life of the Prophet - I