Common Family Problems and Solutions - I 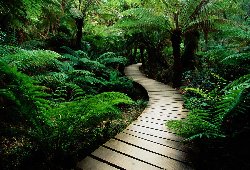 -     My husband buys drugs and takes them ‎

I am a married woman and I have four children. My problem is ‎that my husband buys drugs and takes them. He has even allocated a room in the house to these poisons and I fear that ‎he may harm my children and me when he is affected by these drugs. I ‎advised him many times and threatened to expose him, ‎but he threatens me with divorce. How should I deal with him ‎knowing that he really frightens me? ‎

You should not remain with him as long as he is in such a state, because he may harm you and your children. You ‎have to expose him and report him to the authorities concerned, ‎after telling his family and yours. If they see that he may ‎respond to advice or threats, then there is no harm. However, if ‎he continues using these poisons that destroy reason and ‎health, then, staying with him will be very dangerous for you ‎and your children as he may harm or even kill them. He ‎also spends his money in vain in order to have something that destroys ‎reason and health. ‎

Consequently, exposing him is better because it will deter him ‎and his counterparts even if this led him to prison. ‎

His threat with divorce should not frighten you, because it is ‎better for you to be divorced than stay with him while he is an ‎addict. In addition, if he divorces you, he will be the loser as he ‎will lose his wife and no one will accept him after being exposed. ‎

Be sure that Allah The Almighty will make a way out for you, so, ‎save yourself and your children from this great danger. ‎

I am a married woman and I have children. My husband is a ‎good man and respects me very much. However, he takes drugs and I ‎advised him many times but he did not respond to me. What should I ‎do? ‎

He should be advised, censured, and informed about the harms ‎and evil consequences of taking these poisons, which cause insanity ‎and makes the addict worse than animals. He should be ‎encouraged through telling him that is it easy for him to come off ‎these drugs as long as he seeks the help of Allah The Almighty ‎and has strong determination. In such a case, he will succeed ‎in defeating his evil desires and it only requires a couple of days of ‎patience to get rid of these drugs permanently. He should seek ‎the help of Allah The Almighty and show patience in the face of ‎the withdrawal symptoms. ‎

However, if he refuses to respond and continues taking these ‎prohibited drugs, then you have to ask for divorce. In such a ‎case, it is allowed for the woman to report him to the concerned ‎authorities so that he will be punished. That is because this will eventually ‎lead him to insanity, which may harm her and her children. ‎

My husband is generous to the extent of extravagance. ‎When I discuss this issue with him, he says that one will ‎take nothing with him after death except his coffin. However, we live in a ‎leased house. ‎

Is he right? How should I deal with him as ‎he does not respond to my advice? ‎

This is foolish behavior, as it wastes money on ‎unnecessary things. Money is not available for all people and ‎acquiring it requires strenuous efforts. Hence, one should be wise ‎and keep away from extravagance, as Allah The Almighty Says ‎‎(what means): {…But be not excessive. Indeed, He likes not those ‎who commit excess.} [Quran 7:31] ‎

Allah The Almighty also forbade extravagance; He Says ‎‎(what means): {…And do not spend wastefully. Indeed, the ‎wasteful are brothers of the devils, and ever has Satan been to ‎his Lord ungrateful.} [Quran 17:26-27] ‎

Allah The Exalted does not love extravagant people ‎who are the brothers of the devils. One should keep his ‎money to secure housing and other needs of his family. The fact ‎that he will only take his coffin when he leaves this world does ‎not mean that he is allowed to be extravagant when it comes to food, drink, ‎clothes, and luxuries. ‎

-     My stepmother levels ceaseless accusations at me

I am an orphan girl, and my stepmother levels ceaseless ‎accusations at me and troubles me frequently. The real ‎problem is that she pretends that she is kind and good before ‎my father, who believes her. She threatens me that she will ‎encourage my father to marry me off to the first one who ‎proposes to me. What should I do? ‎

Advise me, may Allah reward you. ‎

This is one of the trials through which Allah The Almighty tests ‎some people and it may be greatly rewarded by Allah The ‎Almighty if you endure patiently.

You should advise her to stop this behavior and frighten her with the punishment and ‎torment of Allah The Exalted, who is Exalted in Might and the ‎Owner of Retribution. ‎

You have to treat her kindly to avoid her evil in addition to ‎meeting evil with goodness hoping that she would come to know ‎that she is wrong.

You should do the same with your father when you are alone with him. ‎You should inform him about everything politely and kindly along ‎with serving and obeying him. You should do your best to please ‎him and draw his attention to the evil consequences of ‎unsupported ill thoughts and injustice. ‎

It is good for you to ask some of your male or female relatives to ‎explain the reality to your father and warn him against believing ‎the lies he is told and having ill thoughts. ‎

This may alleviate your suffering and you should have good expectations of ‎Allah The Almighty and be sure that He will facilitate your affairs. ‎So, perform the acts of worship and draw closer to Allah The Almighty ‎through obedience, seek refuge with Him ‎against worries, sorrows, evil morals, gloating of enemies and the oppression of men, and ‎He answers whoever supplicates Him. ‎

-     My son does not observe the prayers, should I order him to leave ‎the house? ‎

My son does not observe the prayers. Should I order him to leave the ‎house? ‎

I fear that this may lead to what is worse. Please ‎advise me. ‎

If you fear that expelling your son from the house would pervert ‎him more and more such as becoming an addict, gay, an adulterer or ‎so on, then, you should not expel him, especially, if he is still ‎young or under the age of twenty. That is because the youth at this age easily fall into evil given their naivety and ‎heedlessness about potential dangers. ‎

However, you should beat him for neglecting the prayers, as the ‎Prophet

said: “Command your ‎children to perform the prayers when they are seven years ‎old, and beat them for (not offering) it when they are ten.” ‎‎[Ahmad, Al-Haakim and Abu Daawood]‎

If he does not respond, then, report him to the concerned ‎authorities to come to warn him and make him promise to ‎observe the prayers. If he did not respond, they will punish him by ‎imprisoning him or so on. ‎

He should accompany righteous youth, as they are more ‎capable of influencing him and dissuading him from evil ‎and immorality.

You should also keep him away from bad friends hoping that ‎he will follow the right path. ‎