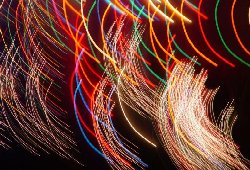 -     He rejects the suitors of his daughter

A man used to reject the suitors of his daughter until she ‎became old and he is very regretful. He wants to know how he ‎should deal with this problem and whether he is sinful or not? ‎

There is no doubt that this father is sinful for rejecting the suitable ‎suitors of his daughter, as the Prophet, sallallaahu ‘alayhi wa ‎sallam, said: “If someone whom you approve of his religion ‎and morals proposes to you, let him marry. If you do ‎not do so, it will be Fitnah (trial) on earth and a widespread ‎corruption." [At-Tirmithi on the authority of Abu ‎Hurayrah

Since it is too late now as your daughter has became old, I advise you to offer her to a righteous man to marry her even ‎if he has one or two wives, because this is better than depriving ‎her of marriage until she reaches menopause. ‎

-     My husband steals my jewelry

I am a married woman and I have children. My problem is ‎that my husband steals my jewelry, which my family ‎bought me. I once pretended that I was asleep and saw him ‎doing so. Should I keep silent to protect my family or tell him? ‎

You are entitled to keep your jewelry and possessions that ‎you bought or that your family bought you. If your husband ‎has stolen anything from it, then show that you are very sorry for ‎the lost or stolen items and ask him to compensate you or search ‎for it.‎

In my view you should tell him that you know that he is the one ‎who has taken the jewelry, as long as you are sure and that is for the benefit of ‎the family. However, you should excuse him if ‎he took some of your jewelry, because he may be suffering from ‎a financial crisis that forces him to sell some of what he owns or what is accessible to him inside the house, and he ‎may bring it back to you after overcoming this crisis. ‎

-     Interference of the wife’s family affects the life of ‎spouses

I married one of my female relatives. After two years of our marriage, her ‎family started interfering in our life and caused many problems. ‎This was followed by a calm period and then things worsened. ‎Allah The Almighty provided us with a child while I was absent. ‎When I went to her father to get her back, he accepted, but I ‎found that my wise wife has changed greatly because of her ‎family.

I left her in her father’s house for more than a year in the hope that she would regain her senses and I made some attempts to get her back but I failed. Now, I believe it is better for me to ‎divorce her. However, when I wanted to send her the divorce document, ‎I was asked to bring the marriage contract, which was not ‎registered officially and was lost two years ago. I am perplexed ‎and do not know what to do? ‎

We advise you to try again to reconcile with your wife and ask some ‎mediators to help you in this respect. However, if you have lost all ‎hope and see that separation is inevitable, then there is no ‎harm and you do not need the marriage contract. You are just ‎required to tell her family that their daughter is divorced and then they ‎are free to marry her off to whoever they want. Nevertheless, it is ‎better for you to document the divorce in the Sharee‘ah-based ‎court and then send your wife’s family the divorce document. As ‎for the lost marriage contract, you can go to the nearest court to ask for a new marriage document and bring some ‎witnesses with you. ‎

My brother-in-law wants to marry and live with us, knowing that I ‎never uncover my face before him, sit with him, or even look at ‎him.‎ He has already married and I want to ask my husband to provide ‎me with a separate house due to the difficulty that I will suffer ‎as a result of this situation. Does this mean that I am sowing dissension between ‎the two brothers? Is this request lawful, knowing that my ‎husband sees that it is better for both of them to live in separate ‎houses? ‎

However, my mother-in-law, who lives with us, wants them to live ‎together. ‎

If you adhere to your full Hijab (Islamic covering) and ‎avoid the prohibited private meeting, then it is better to remain ‎together to please the mother of your husband. ‎

However, if this is not the case, i.e., if one of the two wives ‎does not adhere to the full Hijab or avoid the prohibited private ‎meeting with her brother-in-law, then it is better for you to live in ‎a separate house. Living in a separate house is also better if ‎one of the two brothers is not righteous or cannot be trusted to ‎remain with his brother’s wife in the same house. For example, ‎he may harass her, look at her while unawares or enter upon her ‎without permission, and the like. ‎

If this is the case, we advise you to ask your husband to ‎provide you with a separate house to avoid hardship and discomfort. ‎

-     She deserted her husband because of hair oil

My wife started using hair oil that she believes prevents the loss of hair. However, ‎the smell of this oil is disgusting and I asked her not to use it ‎because I do not like its smell. ‎

I told her that if it was necessary for her to use something to prevent hair loss, she may use another oil or shampoo with an acceptable ‎smell. My wife got angry and considered this request as something that hurt ‎her. Hence, she abandoned me in ‎bed and sleeps in another room. Please advise me. ‎May Allah reward you. ‎

The wife must obey her husband in whatever involves benefit for him as ‎long as it does not cause her harm. In addition, she should ‎adorn herself in such a way that increases mutual love and ‎cordiality between them. She should remove any disgusting smell or unclean ‎clothing. It is also prohibited for her to refrain from allowing her ‎husband to have sexual intercourse with her whenever he wants ‎as long as there is no harm in this for her. The Prophet, sallallaahu ‎‎‘alayhi wa sallam, warned the woman who refrains from ‎responding to her husband when he calls her to his bed and ‎he sleeps while he is angry with her. ‎

Finally, we advise the two spouses to try to increase mutual love by every ‎possible means. ‎

Common Family Problems and Solutions - I