The story of Prophet Shu’ayb 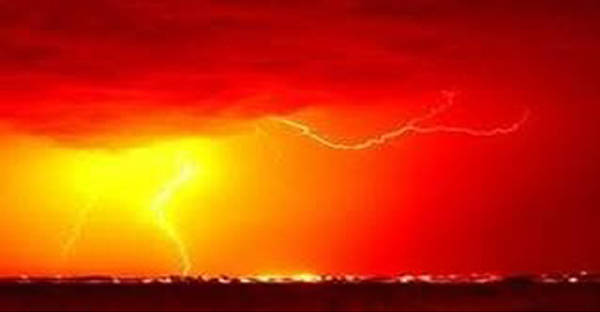 The story of Prophet Shu’ayb

with his people is mentioned in the seventh chapter of the Noble Quran known as Soorah Al-A‘araf.

The people of Madyan, to whom he

was sent by Allah Almighty, were Arabs who lived in a place called "Ma'aan" (in Jordan). They were a greedy people who did not believe that Allah existed and led a wicked and corrupted life.

They gave short measure, praised their goods beyond their worth, and hid their defects. They lied to their customers, thereby cheating them.

Allah, the Almighty, Says (what means): {…And to [the people of] Madyan [We sent] their brother Shu’ayb. He said, ‘O my people, worship Allah; you have no deity other than Him. There has come to you clear evidence from your Lord. So fulfill the measure and weight and do not deprive people of their due and cause not corruption upon the earth after its reformation. That is better for you, if you should be believers. And do not sit on every path, threatening and averting from the way of Allah those who believe in Him, seeking to make it [seem] deviant. And remember when you were few and He increased you. And see how the end of the corrupters was. And if there should be a group among you who has believed in that with which I have been sent and a group that has not believed, then be patient until Allah judges between us. And He is the best of judges.’ Said the eminent ones who were arrogant among his people, ‘We will surely evict you, O Shu’ayb, and those who have believed with you from our city or you must return to our religion.’ He said, ‘Even if we were unwilling? We would have invented against Allah a lie if we returned to your religion after Allah had saved us from it. And it is not for us to return to it except that Allah, our Lord, should will. Our Lord has encompassed all things in knowledge. Upon Allah we have relied. Our Lord, decide between us and our people in truth, and You are the best of those who give decision.’ Said the eminent ones who disbelieved among his people, ‘If you should follow Shu’ayb, indeed, you would then be losers.’ So the earthquake seized them, and they became within their home [corpses] fallen prone. Those who denied Shu’ayb -- it was as though they had never resided there. Those who denied Shu’ayb — it was they who were the losers. And he [i.e. Shu’ayb] turned away from them and said, ‘O my people, I had certainly conveyed to you the messages of my Lord and advised you, so how could I grieve for a disbelieving people?’} [Quran 7:85-93]

armed with many miracles. Prophet Shu’ayb

preached them, begging them to be mindful of Allah's favors and warning them of the consequences of their evil ways, but they only mocked him. Prophet Shu’ayb

remained calm as he

reminded them of his kinship to them and that what he

was doing was not for his personal gain.

They seized the belongings of Prophet Shu’ayb

and his followers and drove them out of the city. So, he

turned to his Lord for help, and his plea was answered. Allah sent down on them scorching heat from which they suffered terribly. On seeing a cloud gathering in the sky, they thought it would bring cool, refreshing rain, so they rushed outside in the hope of enjoying the rainfall. Instead, the cloud burst, hurling thunderbolts and fire. They heard a thunderous sound from above, which caused the earth under their feet to tremble. The evil-doers perished in this state of horror.

Allah, the Exalted, States (what means): {The companions of the thicket [i.e. the people of Madyan] denied the messengers, when Shu’ayb said to them, ‘Will you not fear Allah? Indeed, I am to you a trustworthy messenger. So fear Allah and obey me. And I do not ask you for it any payment. My payment is only from the Lord of the worlds. Give full measure and do not be of those who cause loss. And weigh with an even [i.e. honest] balance. And do not deprive people of their due and do not commit abuse on earth, spreading corruption. And fear He who created you and the former creation.’ They said, ‘You are only of those affected by magic. You are but a man like ourselves, and indeed, we think you are among the liars. So cause to fall upon us fragments of the sky, if you should be of the truthful.’ He said, 'My Lord is Most Knowing of what you do. O my people! Work according to your position; indeed, I am working. You are going to know to whom will come a punishment that will disgrace him and who is a liar. So watch; indeed, I am with you a watcher, [awaiting the outcome].' And when Our command came, We saved Shu’ayb and those who believed with him, by mercy from Us. And the shriek seized those who had wronged, and they became within their homes [corpses] fallen prone. As if they had never prospered therein. Then, away with Madyan as Thamud (the people of Madyan) was taken away.} [Quran 84:95]

as was the end of every people before and after them who rejected the Divine Message and belied Allah's Messengers and Prophets.