Israel: An Exception in International Standards 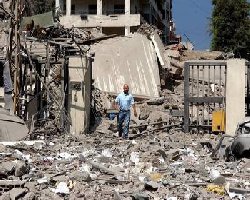 For decades, Israel has formed an exceptional state in international relations. Despite being a small country in terms of population, area and capabilities, Israel enjoys extensive relations at the international level. Although it depends on the United States militarily, politically, economically and technologically, the US administration pays more consideration to it than many larger countries.

Since its establishment in 1948, Israel emerged as a usurping and occupying state. It dispossessed, by military force, large tracts of land allocated for the Palestinian state, according to Partition Resolution No. 181, and then it occupied the rest of the territories, including the West Bank and the Gaza Strip in the war of June, 1967. Nevertheless, it refuses to be regarded as an occupation force despite the resistance of the Palestinian people. Thus, Israel seems an exception among the countries of the world even though it reveals itself as a colonial, racial and religious state every day. The Israeli exception can be observed in a number of paradoxes that Israel has tried to instill in the international cultural and political reality. They include:
First: Presenting itself as a Jewish and democratic state simultaneously. Obviously, this definition involves a clear contradiction. No state can be democratic and at the same time lack the element of equality among its citizens. Israel considers itself a Jewish state, which means that the non-Jewish citizens do not enjoy the same rights of the Jews. Worse still, this discrimination between its Arab citizens is not limited to them and the Israeli Jews only, but includes the Jews that exist in various parts of the world. Thus, Israel is the only country where the boundaries of identity do not match with the boundaries of citizenship as much as they are connected to the boundaries of religion, which has turned into nationalism. Thus, the Arab citizen of Israel does not enjoy the same rights as the Jewish citizen, whether or not he is a national. Therefore, Israeli democracy is discriminatory because it only applies in practice to the community of Jewish settlers, and thus Israel is a racist state because it discriminates between its population on the basis of religion and nationality. The issue is aggravated by the Israeli occupation of the West Bank and the Gaza Strip and its attempt to exercise control over the Palestinians in these territories and forcefully forfeit their rights and freedom.
Second: Its persistent demands to gain global recognition as a Jewish state, while claiming that Judaism is just a cultural and national identity for it! There is no doubt that in all these actions, Israel tries to justify its existence by circumventing the laws of the development of societies and nations.
Third: Its attempts to cover up its nature of being a religious Jewish state by claiming that it is a secular state. This is an attempt to circumvent in two directions: an internal direction which includes attracting the world's Jews with their secular and religious tendencies; and an external direction by considering itself a part of the system of the secular-western civilization in this region. However, the problem of Israel is that it cannot cover up the reality of its being a religious state where fundamentalists enjoy a kind of veto, particularly in matters of civil import. They also have considerable influence in the criterion of preference between the religious and the secular in various fields. On top of that, Israel itself was founded on the Jewish religious myth (the Promised Land), considering that the religious criterion is an axis of identity and nationalism.
Fourth: It justifies its persistence to ensure superiority in the conventional military field and the monopoly of nuclear arms in the region. In doing so, Israel claims it is a small state surrounded by a hostile environment that threatens its existence. It is well-known that Israel allocates about ten billion dollars for defense expenses (approximately 16 percent of the government budget and 10 percent of the annual gross national product). In the meantime, it calls for limiting the capabilities of the Arab countries in the field of armament, noting that appropriations for defense in neighboring Arab countries do not exceed 6.7 billion dollars.
Whereas Israel calls to prevent the deployment of any type of weapons of mass destruction in the Middle East (and in the Muslim world in general), regardless of its size or capability, it justifies the possession of more than 200 nuclear bombs, in addition to other chemical and biological weapons! It is clear that Israel, while claiming to defend its existence, threatens the existence of the Arab countries by its occupation, monopoly of nuclear weapons, and aggressive policies against the Arab countries. This means that the fears of Israel whereby it justifies its right to monopolize nuclear arms and military superiority are merely allegations to circumvent international public opinion and try to conceal its military and aggressive trends in the Arab region.
Fifth: Its keenness to consider itself a state for the Jews of the world, ensuring its right to displace them, and viewing them part of the Jewish nation. Since its establishment, 3 million Jews immigrated to Israel from different parts of the world under the influence of Zionist propaganda, pressure from political or economic conditions that they suffer in their homelands, and the incentives provided to them. Thus, Israel permitted itself to interfere in the affairs of other countries. It appointed itself as a lawyer or a trustee of the Jewish communities scattered worldwide on the pretext that it is the center of global Judaism and a safe haven for the Jews all over the world. Moreover, Israel pretends to be the Jewish dream come true of returning from the Diaspora, according to biblical considerations.
It has been established that Israel's allegations embarrassed the Jewish communities throughout the world. It placed them in uncertainty about their homelands and developed in them a sense of dual affiliation. The matter is exacerbated by the emergence of Israel, which considers itself representative of the Jews' interests, as a colonial and racist state. This has fueled anti-Jewish feelings in the world public opinion at a time when Israel has become the most dangerous place in the world for the Jews!
Sixth: It conceals its occupation of the Palestinian and Syrian territories on the pretext of security considerations and protecting its existence.