Snakes Eject Nothing but Venom 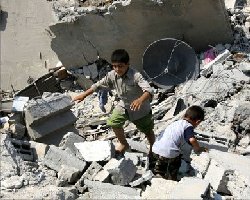 The cruelties and severe suffering undergone by the people of Gaza and their perseverance reflect a brand of Gazan and Palestinian distinction with honors. It is a form of excellence recorded for posterity for the people of Palestine. Surely, no other people in the world have suffered like them, historically and geographically. Nevertheless, the tremendous endurance of this people is a great lesson for all the noble people who struggle for a cause.