The destiny of Israel - I 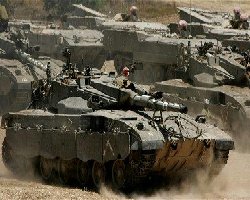 The Zionist project was born a century ago, and the declaration of the establishment of the Hebrew state followed its birth by 50 years. Since then, the Arabs have been talking about the crisis of the Zionist project and its state.

Although this crisis is an unequivocal reality, it has been noticed that the Arabs sufficed with speeches hoping that this crisis would go away on its own without any effort on their part!
This book gives us an insight into the reality of the crisis of the Israeli state and the extent to which it can affect the future of the Hebrew state, as well as the role that we can play to take advantage of it through pushing this entity towards collapse.
In his research entitled “Crisis of the Zionist Project and its Influence on the state of Israel”, As-Sayyid Wild Abaah (Professor of Philosophy at Nouakchott, Mauritania – Secretary General of Thought and Dialogue Forum), focused on the Jewish national ideology, assuming that the values, political attitudes and theoretical principles of the Zionist ideology cannot be understood without being linked to its European origins.
Historically speaking, the Zionist project was crystallized within the context of substantial developments on the level of the European-Oriental relations with the rise of the French empire (Napoleonic Era) and then the British Empire after the middle of the nineteenth century.
It was noticed that the early signs of the Zionist ideology appeared from outside the Jewish culture and it was purely strategic and political in its nature.
The main ideas and perspectives of the non-Jewish Zionist movement centered on the idea of the “Jewish Distinction”, namely, considering the Jewish people an independent and privileged identity in their origins, traditions and heritage.
These thoughts were harmonious with the European and Western intentions to get rid of the Jews and expel them entirely from Europe by arranging their emigration to Palestine. This was part of a plan to use the Jews as a means for promotion of Western interests through their resettlement and the solution of the “Oriental issue”.
Obviously, this approach carries the fingerprints of the traditional Christian view of the Jew, and it is linked to Theodor Herzl, the theorist of the Zionist project in its active ideological form and tangible political content. The materialization of this idea required the establishment of the “Jewish Agency” with a mission to prepare the conditions for the incipient state.
This shed more light on the Zionist project and made it clear that it is an expression of a national ideology that does not differ substantially from the ethnic revivalist tendencies that Europe has witnessed, in spite of the fact that it depends on Jewish myths to reinforce its mobilization capacity. Nevertheless, the majority of the Jewish rabbis opposed it in principle, as we will explain later, due to its secular non-religious nature.
Therefore, it was natural for this call to collide with traditional Christian-Jewish perceptions that consider hostile behavior against the Jews as a divine punishment for the sins of the Israeli people. However, it was rejected by the Jews who were seeking to normalize the Jewish presence in modern European societies.
The founding fathers of Israel never concealed their secular tendencies, considering that the purpose of the “return to Palestine” was not for spiritual salvation, as much as for political and worldly salvation.
In other words, they were seeking to solve the problem of the Jewish people by establishing a national home for them. Therefore, there were other options, but Palestine was eventually chosen to invest the religious and emotional bond between the Jewish peoples and the “Promised Land”. Thus, religion was no more than a myth that was exploited by the Zionist ideology through slogans such as the “Sacred Promise” and the “Promised Land”.
In this way, Zionism exploited the intrinsically racist Jewish theology, in addition to being closely related to the racist ideas that form the essence of the national vision. This, in itself, explains why the Zionist institution and Israel adopted the Nazi policies in exterminating the native inhabitants in Palestine besides expelling them from their houses and lands through terrorist and suppressive policies.
The Jewish national project that is embodied in the Israeli state has suffered since its beginning from internal contradictions which naturally led to the escalating crisis that it currently faces, which has the following manifestations:
-      Contradiction between the religious legitimacy of the state and its secular modernizing nature
-      Internal national ethnic contradictions
-      Contradiction between the settlement entity and its regional and civilizational context
These major internal contradictions that characterize the Zionist project give us an idea about the current problems of Israeli society at different levels. These include the struggle between the components of nationalism, the fundamental-secularist conflict, inability to contain the “Palestinian problem” or achieve peace with the Arabs, in addition to other difficult problems that generated what is called the “post-Zionism” wave.
The destiny of Israel - II