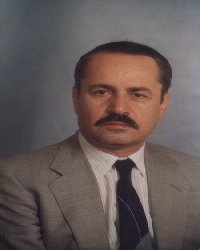 Abu ‘Ali Mustafa, who was assassinated by the Israeli army on April 15, 2001 C.E. in Ramallah, led the military operations of the Popular Front for the Liberation of Palestine, before he became its general-secretary in July 2000 C.E., succeeding its historic leader Dr. George Habash.

Abu ‘Ali Mustafa, 63, was considered among the pragmatists in the Popular Front, since he chose to return to the West Bank in September 1999 C.E. , regardless of the PFLP’s opposition to the Oslo accords of self-rule.
Of medium build and bearing gray hair and a mustache, he was a military leader before he became, in the beginning of the 80’s, the PFLP’s actual leader because of the failing health of its general secretary, Dr. George Habash.
Abu ‘Ali Mustafa, whose real name is ‘Ali Az-Zibri, was born in a family of Muslim farmers in the northern West Bank town of Arrabah. His hard living conditions forced him to leave school at an early age and work in farming.
In June 1967 C.E., in the wake of the defeat of the Arab armies at the hand of Israel, Abu ‘Ali Mustafa formed an organization to resist the occupation, before he was forced, being pursued by Israeli, to go into exile many months later.
In December 1967 C.E., Abu ‘Ali Mustafa founded the Popular Front for the Liberation of Palestine, along with Dr. George Habash and Naayif Hawaatmih, the current general secretary of the Democratic Front for the Liberation of Palestine, Wadee‘ Haddaad, who was involved in hijacking aircrafts in the 70’s, Baasil Al-Kubaysi, an Iraqi, who was apparently assassinated by the Israelis in Paris in 1973 C.E., and Abu Haani Al-Hindi, the Syrian.
In 1968 C.E., after the secession of Ahmad Jibreel, who formed The Popular Front for the Liberation of Palestine (PFLP) General Command, Abu ‘Ali Mustafa became the military official in the PFLP. In 1970 C.E., he led the PFLP fighters in bloody clashes with the Jordanian army.
After the Fedayeen were defeated and driven out of Jordan, Abu ‘Ali Mustafa resided in Beirut and in the middle of the 1970s, he became the second official in the movement after sacking Wadee‘ Haddaad, who refused to stop hijacking aircrafts.
Abu ‘Ali Mustafa, known for his radicalism, and for a long time a prominent member in the Executive Committee of the PLO, opposed the orientation of the PLO towards peace negotiations with Israel.
Whilst George Habash opposed the self-rule accord signed by Yasser Arafat, the president of the PLO in Oslo in 1993 C.E., Abu ‘Ali Mustafa, in an apparent change in his stance, leaned towards the moderates.
In September 1999 C.E., he chose to return to the West Bank and in July 2000 C.E., he was elected the general secretary of the PFLP, confirming the shift of the PFLP’s center of gravity from Damascus, which it took as headquarters, to the Palestinian occupied territories.