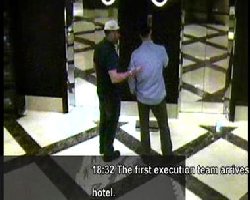 Opinion polls in Israel indicate the strong contradiction and divergence inside Israeli society about the Palestinian Cause. In return for the continuous inclination to the Right, aggression towards the Palestinians, and support of the policy of assassination of their leaders, there is an increasing number of Israelis who support the establishment of an independent Palestinian state.

The findings of an opinion poll published in the Israeli Maarif Newspaper were surprising, especially with regard to the replies to the following question, “Do you support a peace plan with the Palestinians including the establishment of an independent sovereign Palestinian state beside Israel?”
The answers went as follows:
61percent: “I support”
33 percent: “I oppose”
6percent:  “I do not know”.
The analysis of the answers uncovered a high percentage of supporters for the Palestinian state, even among the voters from the Right (40%), and up to 90 percent among the voters from the Left, and 80 percent among the voters from the centre.
However, when the following item was added, “An independent Palestinian state that includes the return of the Palestinian refugees, on the condition that none should enter Israel”, the rate of supporters fell to 44 percent, whereas the rate of those who opposed rose to 45 percent. The opposition rose when a mention was made by the poll to the Israeli public of a Palestinian state whose capital is East Jerusalem: the rate of the supporters fell to 38 percent, whereas the rate of those who opposed rose to 58 percent.
However, what drew attention was the answer given to the following question,
“Supposing the Israelis and the Palestinians do not succeed in reaching a settlement, which of the following probabilities would you support?
36 percent support a one-sided Israeli withdrawal.
22 percent  support an Israeli reoccupation of all Palestinian territories.
37 percent support keeping the status quo.
In replies to other questions, 60 percent of Israelis said that they viewed the erstwhile Palestinian president Yasser Arafat as an enemy to be fought, and not to be considered a partner in the peace process. 72 percent supported the policy of assassinations of Palestinian field leaders revived by Israel. The Israeli public expressed their desire to see a new order in the political map of the parties.
PHOTO CAPTION
Two suspects in the killing of Hamas leader, Mahmoud al-Mabhouh, are shown in this CCTV handout from Dubai police on Feb. 15, 2010.