The Jews: A History Riddled with Massacres 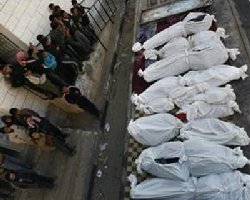 Just as Deir Yassin (1948) witnessed an outpouring of blood, Gaza, today, is the symbol of a new deluge that is still flowing with blood.