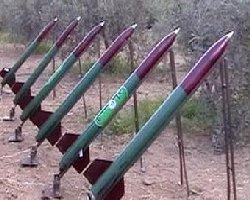 When one of the leaders of the Israeli Defense Forces (IDF) was asked about the difficulties in combating the Qassam rockets launched by the Palestinians on Israeli settlements, he jokingly replied that the solution is to provide the Palestinians with Scud missiles, which Israel has learned how to bring down with Arrow missiles.