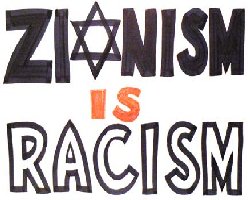 The attempt of some Arab and Asian countries to classify Zionism as an anti-humanist racist movement threatened a UN conference held by the UN to discuss ways to combat racism in Durban, South Africa.

Abraham Foxman, National Director of the Anti-Defamation League, called upon the international community to abandon the language of hatred, and the present efforts to downplay the importance of the effects of the Holocaust, and rather, to focus on struggling against racism. This was stated in the wake of an attempt made by some Arab and Asian countries to describe Zionism as an anti-human racist movement.
Arab and Asian countries presented a declaration draft to the UN conference against racism held in Durban, South Africa in which they likened Israel’s maltreatment of the Palestinians to the genocide committed by the Nazis against the Jews.
One of the clauses of the declaration reads as follows:
“We affirm that a foreign occupation founded on settlements, its laws based on racial discrimination, totally contradicts the purposes and principles of the Charter of the United Nations and constitutes a serious violation of international human rights and humanitarian law, a new kind of apartheid, a crime against humanity, a form of genocide and a serious threat to international peace and security.”
According to another clause, “We should not forget the Holocaust and ethnic cleansing committed against the Arab inhabitants of Palestine.”
American officials indicate that their attempts with some friendly Arab countries to abandon such language have not yet succeeded in convincing them to adopt a moderate position. The Arabs say that they cannot overlook what is happening to the Palestinians. The United States threatened not to participate in the Durban conference unless the Arab and Asian countries give up that attitude towards Israel.
This declaration, therefore, recalls to mind the UN resolution no. 3379 in 1975 C.E., in which it likened Zionism to racism, but this was cancelled in 1991 C.E.