Easy Tips to a Sound Upbringing 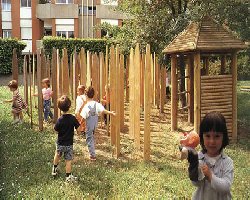 Dear parent, how do you imagine the successful way of upbringing to be?

In other words, what is your view of the proper way to discipline the behavior of your child?

I think that discipline in your point of view is the way which obliges our children to submit to what we say without having the right to express any objection.

Dear parent, I may agree with you on the definition of discipline, but I differ with you in the way it is applied.

The best way to discipline your children is to teach and guide them, more than obliging them to be disciplined. The process of improving a child’s behavior is an educational, not a punitive process. In this case, you should prefer a smile to frowning, a calm voice to shouting and a reward to punishment.

In this article, we offer you thirteen tips that will significantly affect your methodology while you change your child’s behavior. These thirteen tips will form a new atmosphere for discipline making it an easy matter. However, you should listen to, respond and consider every tip.

First: Be a good example:

Your child is watching you continuously and he absorbs the way you face frustration, your behavior while you are angry, the extent of your truthfulness, honesty, generosity, morals, and so on. Hence, it would be easier to change your child’s behavior if you are his role-model in doing what you order him to do. It should be known that you cannot give what you do not have.

Getting the child accustomed to good social manners at a young age will save a lot of effort when he gets older. So, from now teach him to seek permission before entering others’ rooms, to say: “Jazaak Allahu Khayran (May Allah reward you)” to anyone who does him a favor, to kiss his parents’ hands, to visit his relatives, and to help his mother with the housework. Every effort that you exert with a young child will be a great asset helping you to change his bad behavior when he gets older.

Fourth: Give your child authority to an extent that is proportional to his age:

The more you find ways to encourage independence, the more you save a lot of time in the future. You should teach your child to make his own decisions, for example, to choose his own clothes and to buy his own things. The child who has some kind of authority will control himself more and will be more capable of changing his behavior.

Many parents do not entrust tasks to their children because they feel that it is easier to do them themselves or they do not want to overburden their children. However, this attitude should be changed and the child should be encouraged to participate in the housework and to help his father at work. This should take place after teaching and training the child to do so in order not to feel a failure. The child who shoulders responsibility at a young age will be more able to change his own bad behavior.

Your children may notice that you talk, but if they do not pay attention to your words, they will not respond. Therefore, your first step is to be keen on attracting their attention.

-  Go to the room to speak directly to your child.

-  Be keen on visual communication which requires flexibility to be on the same level of the child.

-  Your demands should be simple and your explanation should be easy and clear to understand.

Seventh: Look for other means of rejection:

The child usually turns a deaf ear to everything that he does not like to hear. This means that the more interesting your speech is, the greater your chance is to gain their attention.

-  Instead of telling the child, “Stop shouting”, you should say, “Please, speak in your normal voice.”

-  Instead of saying to the child, “Stop throwing the ball inside the house”, you should say, “Take the ball and play outside.”

Some parents fear setting limits thinking doing so will weaken the child’s personality. However, when you spend some time with children who have no limits, you will immediately realize the importance and positive effect of this approach on the child.

Ninth: Anticipate the situation and deal with it before it takes place:

For instance, if your child insists on having everything he wants from the toy store, then, you need to go there without accompanying him until he gets older. It is wise to avoid the development of some bad attitudes in our children.

The best way to indicate your dissatisfaction with any bad behavior is to set punishments. For example, you may say, “If you do not go on time, you will not be able to go to the picnic”, “If you beat your young sister, you will not get your pocket money”, and so on.

Eleventh: Be flexible and ready to negotiate if necessary:

Flexibility in upbringing means having sufficient wisdom that does not drive the parent to ask the child to immediately do his homework after returning from a hard day at school. In this situation, the parent should say, “I think you should have some rest now. I will wake you up after you have rested.”

Twelfth: Using the method of rewards:

Reward is different from bribes.

A bribe is to make a previous agreement with the child, for example, to have a certain amount of money in order not to raise his voice in the market.

A reward is to give the child a reward in return for his polite behavior all the day.

Giving rewards enhances good morals and creates a new atmosphere. So, you should not forget to use it as a successful means of upbringing.

Thirteenth: Be firm on principle:

You should mind what you say and adhere to it. In this way, the child will understand that you are serious. This will save a lot of your efforts. Firmness on principles is the basis according to which you can bring up your child. If you can set some rules and behavior to be followed inside the family, you will grant your child the starting point according to which he can make his own decisions.