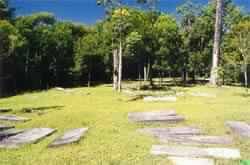 Al-Hussein Ibn Salam was one of the scholars of the Jews who lived in Yathrib, (Madeenah). All the people of the town had the greatest respect for him. Everyone, no matter what his religion was, treated him with reverence. He had a high reputation for piety, righteousness, and straightforwardness.

Al-Hussein lived a tranquil and peaceful, yet serious and purposeful life. He divided his time evenly between four separate activities: worshiping and preaching at the synagogue, working in his palm grove, irrigating and cultivating his trees, and studying the Torah. Whenever Al-Hussein read the Torah he would spend long periods of time reflecting on the passages that prophesied about the appearance of the Seal of the Prophets, a Prophet who would arise out of Makkah to complete the message of all of the Prophets who came prior to him.
Al-Hussein would search for details concerning the awaited Prophet, such as details about what he would look like, how he could be known, and other many signs. He would tremble with joy when reading that the Prophet would leave the town in which he received his call and migrate to Yathrib where he would make his new home. Every time Al-Hussein read this or thought about it, he would pray that Allah would let him live long enough to have the pleasure of meeting the Prophet, and be one of the first to declare his belief in him.
It was the way of Allah Almighty to answer the prayer of Al-Hussein and allow him to live to a very advanced age, even beyond lifetime of the Prophet

. He had the good fortune to meet him and spend time learning from him, and he believed in the revelation that had been sent to the Prophet

. Let us listen to A-Hussein as he tells his own story of how he became a Muslim, for his words are the most accurate reflection of what he was feeling.
He narrated from his memory as follows: "When I first heard stories of the appearance of a Prophet, I sought out further information about his name, his genealogy, characteristics, and where and how he had started calling others to Islam. I compared what I heard about him with what was written in our scriptures, and came to a conclusion that he was truly a Prophet. I kept this information to myself and did not share it with the other rabbis (Jewish priests) or scholars.
The day came when the Prophet

left Makkah and headed for Madeenah. When he

reached the town and ended his journey at Quba, a man came through the town announcing his arrival. I was at the top of a palm tree at that moment caring for it, and my aunt Khalidah Bint Al-Harith was seated beneath the tree. When I heard the news, I cried out: "Allahu Akbar! Allahu Akbar!" When my aunt heard this, she said, "What a disappointment you are! By Allah if it had been the Prophet Moses himself coming to us, you could not have been more excited." "Listen Auntie, I swear by Allah, he

is the brother of Moses, for he brings the same religion and teaches the same beliefs." I answered. She fell silent for a moment, "Is he

the one of whom you used to tell us who would be sent to fulfill what was taught before him as a completion for the messages of his Lord?" she asked. "Yes," I said. "So be it," she agreed.
I immediately went and sought out the Messenger of Allah

and found people crowding with each other to get to his door. I squeezed myself between them till I came close to him. The first thing that I could hear him saying was: "O people! Greet each other with peace and feed the hungry, perform the Prayer at night when others are sleeping and you will be sure to enter paradise."
I scrutinized him until I was satisfied, and knew that his was not the face of an untruthful man. I drew closer to him and pronounced the declaration of faith that there is no god but Allah, and that Muhammad is the Messenger of Allah. Muhammad

then turned to me and asked, "What is your name?" I said quickly, "Al-Hussein ibn Salam." He looked at me and replied, "No, your name will be Abdullah ibn Salam." "Yes, Abdullah Ibn Salam," I responded. "I swear by the one who sent you with the truth, I do not wish to use any other name from this day forward."
Then I left the Messenger of Allah and went home. I called my wife, children and relatives to believe in Islam, and they all became Muslims, even my aunt, who was quite elderly, accepted Islam. Then, I asked them to keep our conversation secret from the other Jewish people until I told them the time was right. They agreed it.
Then I returned to the Prophet

and said to him, "Messenger of Allah, many of my people prefer lies to the truth. However, I want you to summon their leaders, and to conceal me from them in one of your rooms. Ask their opinion about my character without informing them that I have become Muslim. Then invite them to accept Islam. If they were to know that I have become a Muslim, they would criticize me, accuse me of having every defect, and slander me."
So the Messenger of Allah

put me into one of his rooms, summoned them and invited them to join Islam. He made faith appealing to them and reminded them that their scriptures contained prophecies of his coming. They began using specious arguments to make truth seem false, and continued to do so until he despaired of their accepting the faith. At that point he asked them, "What is your evaluation of Al-Hussein Ibn Salam?" They answered, "A chief of ours, and the son of chief of ours. He is an eminent scholar."
The Prophet

questioned them further; "Do you think if he accepted Islam that you would also accept Islam? Astound at the thought, they replied, "Allah forbids! He would never do that!" May Allah protect him from that!" So I came out and addressed them, "My people! Fear Allah, and accept what Muhammad has brought to you. I swear by Allah that you know that he is the Messenger of Allah, and that you can find his name and description in the copies of the Torah in your possession. I bear witness that he is the Messenger of Allah. I believe in him and in what he says and I recognize him for what he is." They responded by addressing the Prophet

harshly, "You liar! He (Al-Hussein) is a low person, born to a low family. He is one of our ignorant people, and born of an ignorant family!!" and they went on defaming me until I said to the Messenger of Allah, "I told you so; most of them are unfaithful. They are treacherous and shameful, do you not see?"
Abdullah Ibn Salam turned to his new faith with the eagerness of a thirsty man going to a cool spring of water. He loved the Quran so deeply that he was constantly reciting verses from it. He became so fond of the Prophet

that became closer to him than his shadow. He devoted himself to working to attain Paradise, until the Prophet

himself gave him the good tidings that he would achieve it. The news spread among the Companions

until it was known amongst all of them. The story of how the Prophet

gave Abdullah this piece of news is a story recorded by Qays ibn Ubadah:
One day Qays was sitting in a study group in the Mosque of the Prophet

in Madeenah. In the group was an old man to whom everyone felt close and comfortable. He gave a beautiful talk to the group. When he had finished and left everyone said, "if anyone wishes to look at one of the inhabitants of Paradise, let him look at that man." Qays asked, "Who is he?" They told him, "Abdullah ibn Salam." So Qays swore to himself that he would follow him, and he did. He followed him all the way on the outskirts of Madeenah. Then Qays went up to Abdullah Ibn Salam's house and requested permission to enter. He was invited inside and Abdullah Ibn Salam asked him, "What do you want, son?" "When you left the Mosque I heard people saying about you, 'If anyone wishes to look at one of the inhabitants of Paradise let him look at that man.' So I followed you so that I would find out how the people knew that you are going to Paradise." said Qays.
"Only Allah Knows who is going to Paradise, my son," said Abdullah Ibn Salam. "I know," said Qays, "but there must be a reason for them to say that." Abdullah Ibn Salam turned to him and said, "I will tell you the story." "Please do," said Qays, 'and may Allah Almighty grant you great reward."
Abdullah Ibn Salam began narrating his story: One night I had a dream about a man who came to me and told me to get up. When I got up he led me by the hand. There was a path on the left and I wanted to take it, but the man said to me, "Take this path." So I followed that path, which took me to a grassy, spacious garden. It was cool, refreshing and full of vegetation. In the middle was an iron pole reaching up to the sky and at the top of it was a loop of gold. The man told me, "Climb on it." But I protested, 'I cannot!' Then out of nowhere, a slave appeared! He lifted me up and I began climbing until I reached the top of the pole. I grabbed the hoop with both hands and remained hanging on it until I awakened from the dream. As soon as it was morning, I went to the Messenger of Allah

and told him about my dream. He

said, "The path which you saw on your left side was that of the companions of the left, and they will be the inhabitants of the Fire. The path that you saw on your right side was the path of the companions of the right and they will be the inhabitants of Paradise. The garden that captivated you with its freshness and greenness was the religion of Islam. The pole that you saw in the middle of the garden was the Prayer, and the ring at the top of it was steadfast faith. You will be one of the people who will hold fast to it the rest of their lives."
And so Abdullah Ibn Salam did just that; he found what he had been eagerly searching for and held on to it unwaveringly for the remainder of his life.