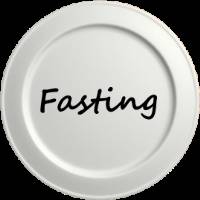 Whenever the month of Ramadan begins and the sighting of its crescent is affirmed, this marks the celebration of the willpower and strong determination of every Muslim. Muslims fast in the month of Ramadan out of obedience to their Lord and their urge to benefit from such a great spiritual experience. Muslims embark on a month-long spiritual journey of purification, hoping to disclose the wisdom behind fasting and obtain the abundant rewards of this blessed month, the fasting of which is one of the pillars of Islam.

The following are some of the rationales for fasting in this month:

1- The month of Ramadan is a practical self-training process on the sincerity and honesty of the believer. If the fasting person abstains from doing what is permissible such as eating and drinking during the day of fast, it is unbecoming of him to commit what is forbidden whether it is during fasting or at any other time. A wise man would not refrain from what is lawful out of his obedience to the commands of his Lord and commit what his Lord deemed prohibited during the month of Ramadan. Indeed, adultery is forbidden according to the consensus of Muslims. The person who commits adultery is not a fasting person even if he refrains from eating in Ramadan.

Fasting cultivates honesty in man that drives the believer to comply with the Commands of Allah The Exalted at all times and in all situations. Allah The Exalted Says (what means): {… that you may become righteous.} [Quran 2:183]
This means that fasting teaches people to refrain from committing sins and wrongdoings, just like they abstain from eating and drinking during the fasting day.

2- Fasting is a holistic spiritual experience that poses a huge question mark for those who grasp the wisdom behind this obligation. A fasting person should ponder on the spirit of caring and sharing which fasting develops in Muslims. All fasting Muslims share the same pain, hunger, thirst, and bitterness of deprivation while fasting with the poor and needy. Ramadan creates a social and humanitarian context that fosters compassion for the needy around the world. By our voluntary hunger and thirst we realise what it means to be deprived of basic necessities of life. Ramadan is a time to remember and help those who are less fortunate. Moreover, all Muslims also feel the joy of breaking their fast and relish thankfulness to Allah The Exalted for His grace. The poor people rejoice at their wealthy brothers who are sharing their pain and suffering with them. They rejoice at the thought that their wealthy brothers help them to ward off the scourge of hunger and bitter deprivation. Fasting rejuvenates the concept of social solidarity among the Muslim community. Whoever fails to feel these refind feelings of brotherhood towards his fellow Muslims, has failed to perfect his fasting. Therefore, the Prophet

said: “Whoever sleeps on a full stomach while his neighbor is hungry is not a believer.”

3- Fasting generates in man feelings of happiness, peace of mind and spiritual satisfaction and fosters the unity of the Muslim community. It inculcates in man the real spirit of social belonging, of unity and brotherhood. When one fasts, he feels that he is joining the whole Muslim society in observing the same duty in the same manner at the same time for the same motives and to the same end. Fasting unites all Muslims. They all share the same sufferings and hardships of deprivation throughout the thirty-day self-discipline experience in which they break free from their habits. The Prophet

said: “The fasting person has two occasions for joy, one when he breaks his fast (because of his breaking it) and the other when he meets his Lord (because of the reward for his fast).”

4- The month of Ramadan grounds in man self-control. It is the month of radical positive change. When he fasts, he is in control of himself and exercises full control over his habits and desires. At other times, one can not endure abstaining from eating and drinking for a short period of time. However, in the month of Ramadan, he may look at the food for which he craves, yet he would not dare to eat it out of his obedience to the commands of Allah The Exalted. Indeed, one is not forced to fast in the month of Ramadan; [there is no authority to check man’s behavior or compel him to observe fasting.] One may pretend to be fasting in front of people, if his heart does not have any fear of his Lord. Fasting is an act of worship that is offered to Allah The Exalted with full devotion and sincerity, hoping only for the rewards of Allah The Exalted. Such sincere fasting people do not fear anyone but Allah The Almighty. Therefore, the rewards for fasting are beyond measure and only Allah The Exalted can identify such abundant rewards. The Prophet

said in a Hadeeth Qudsi (sacred narration): “Allah The Exalted Says: “Every deed of the child of Aadam is for himself, except for fasting. It is for Me and I shall reward it.”

Hence, fasting people would be distinguished and honored on the Day of Judgment as they would enter Paradise through a special gate called Ar-Rayyaan. Howevere, those who violated their fasting by committing sins and wrongdoings that jeopardize such an act of worship will be excluded.

5- Fasting has clear health and psychological benefits that were disclosed after scientific discoveries were made and the insights of those who were blessed with insight and good understanding of the divine obligation. A fasting person spends his days in carrying out one of the greatest acts, devoting his days and nights during that holy month in remembrance, glorification, and worship of Allah and willfully rejects all temptations, abominations, and all the cravings of the human body.

30 Steps in Sha‘baan to Prepare for Ramadan - II