Protective Jealousy is the Characteristic of the Noble - II 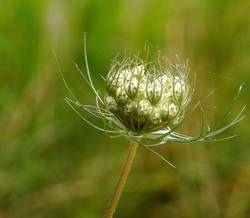 The Protective Jealousy of the Husband over his Wife

As stated previously, it was narrated that Sa‘d ibn ‘Ubaadah, may Allah be pleased with him, said, “If I were to see a man with my wife, I would strike him with a sword, and not with the flat side of it.” When the Messenger of Allah

heard this, he said: “Are you surprised at Sa‘d's jealousy over his honor? By Allah, I am more jealous over my honor than he is over his, and Allah is more jealous than I am.” [Al-Bukhari and Muslim]

It was narrated that when the rebels entered into the presence of ‘Uthmaan ibn ‘Affaan, may Allah be pleased with him, his wife Naa’ilah, spread her hair out as she was entreating the chivalry of the rebels. Thereupon ‘Uthmaan, may Allah be pleased with him, shouted at her, and said, “Cover yourself! By Allah, death is easier for me than the violation of the sanctity of your hair.” Therefore, the husband's protective jealousy over his wife motivates him to protect and safeguard her from anything that might harm her honor or disrespect her dignity.

The Protective Jealousy of the Wife over her Husband

One day the Prophet

was in the house of one of his wives, one of the Mothers of the Believers sent a meal in a dish. The wife at whose house the Prophet

was, struck the hand of the servant, causing the dish to fall and break. The Prophet

gathered the broken pieces of the dish and then started collecting the food on them which had been in the dish, and said: “Your mother [my wife] felt jealous.” Then he

detained the servant until an [unbroken] dish was brought from the wife at whose house he was. He gave the unbroken dish to the wife whose dish had been broken and kept the broken one at the house where it had been broken. [Al-Bukhari]

Incidents that Were Motivated by Manly Zeal

quoted what was mentioned in Al-Muntathim,

From the wonders that occurred during that year, a woman sued her husband before the judge of Ar-Rayy [a city in modern day Iran]. She claimed that she had 500 Dinars as her deferred portion of her dowry, but her husband denied this. She managed to get proof to support her plea. She was then told that she had to uncover her face in order to make sure that she was the wife. When this was insisted upon, the husband became jealous and said, “Do not uncover her face. She is truthful in her claim.” He confessed that her claim was true in order to avoid other people seeing his wife's face. When the wife realized what had happened and that he had confessed so that others would not see her face, she said: “I absolve him of the deferred portion of my dowry in this world and in the Hereafter.”

added in Al-Ansaab, “Having admired their jealousy, the judge said: ‘This incident is to be added to the historical record of noble manners.’”

Some historians mentioned the following incident as one of the good deeds of Al-Hajjaaj ibn Yoosuf Ath-Thaqafi: It was narrated that a Muslim woman was taken captive in India and she pleaded for the help of Al-Hajjaaj, and said, “O Hajjaaj!” When the news reached him, he replied, “At your call!” He spent seven million Dirhams to be able to rescue her.

Then there is the story of a noble Muslim woman who was captured by the Romans. The only relation between her and the Caliph, Al-Mu‘tasim-billaah, was the brotherhood of Islam. When she was tortured by the prince of ‘Amooriyah, she cried for his help and released a shout that was so huge that its echo was recorded in history. She cried, “O Mu‘tasim!” He received the news of her cry while he was resting. He immediately responded, saying, “At your call!” He mobilized a huge army of Muslim soldiers, who set off with him. Each one of them was filled with pride and enthusiasm due to the manly zeal over the honor of this woman. They defeated the enemies and marched closer and closer to their country, breaking into their fortresses until they reached ‘Amooriyah and destroyed its fortresses. They marched until they reached the captured woman and, thereupon, Al-Mu‘tasim said to her, “I ask you to testify before your great grand-father, the Messenger of Allah

on the Day of Judgment that I came to rescue you.”

In the seventh century after Hijrah, disunity struck the Muslims such that they became weak. Therefore, the crusaders conquered parts of their countries and aspired for further occupation. They sought the help of one group of Muslims against the other until they almost conquered Egypt. The Fatimide ruler of Egypt during that time, Al-‘Aadhid lideen-illaah, thought to seek the help of the governor of Ash-Shaam, Noor Ad-Deen Zinki, but how could he accept when the king of Ash-Shaam himself did not recognize the caliphate of the Fatimide ruler in Egypt and denied the legitimacy of his governance and rule? He was an affiliate to the caliphate of the Abbasids in Baghdad, who were struggling with the Fatimides. Al-‘Aadhid decided to use manly zeal over Muslim women and their honor in order to solve the problem: He sent a message to Noor Ad-Deen Zinki seeking his aid and accompanied it with the most influential summons: the locks of hair of his womenfolk in the caliphate in Cairo. This had a strong impact on Noor Ad-Deens's heart. It aroused feelings of jealousy and chivalry in the hearts of the soldiers of Ash-Shaam as well as its people. To rescue Egypt from the crusaders, they sacrificed the best of their soldiers under the leadership of Asad Ad-Deen Shirkooh and Yoosuf ibn Ayyoob (Salah Ad-Deen Al-’Ayyoobi). That was the influence that a lock of a woman's hair had, which changed the course of history. This was followed by the battle of Hitteen during which the sacred land (Palestine) was cleansed from disgrace and the crusaders were forced to leave.

While Muslims live by and enjoy these feelings of jealousy and manly zeal in their societies, which elevates their ranks way above the stars and raises them to the most sublime of ranks in virtue and purity, the non-Muslim societies in the East and the West experience the life of weak men (Dayyooths) and procurers, filth and impurities, indecency and disgrace, humiliation and shame. Indeed, some animals would refuse to experience such a life: Some male animals get jealous over their females, and in order to protect her, the male fights others until the strongest one of them finally wins. How truthful our prominent scholars were when they said, “Every nation whose men have weak manly zeal, its women do not properly maintain their chastity.”