Tactics of the accursed devil in misleading people - I 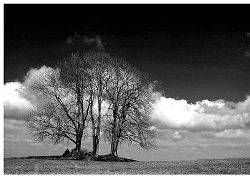 The world of devils is the hidden and the most atrocious enemy of the Children of Aadam (People). They ceaselessly attempt to corrupt the manners and beliefs of mankind. They instill hostility and hatred among them. Therefore, there is no wonder that there are numerous verses in the Noble Quran and narrations of the Prophetic traditions that point out the danger of this enemy, the tactics he uses in misguiding people and his corruption so as to warn people against him and to keep them safe from his cunning and evil.

Allah The Almighty has revealed many verses concerning the devil, pointing out the ways he uses to mislead and misguide people in a clear presentation that acts as the argument over all creation and eliminates any excuse of ignorance.

Amongst such verses is the Saying of Allah The Almighty (which means): {Indeed, Satan is an enemy to you; so take him as an enemy. He only invites his party to be among the companions of the Blaze.} [Quran 35: 6] It is an explicit declaration indicating his bitter enmity towards the Children of Aadam, so they should meet his hostility with the like of it {so take him as an enemy}.

This verse indicates the ways with which the devil deals with his victims. He does not attack them directly and in a single endeavor to get them out from faith to disbelief and from obedience to disobedience; rather, he approaches his victim with stealthy steps and searches for his points of weakness and then tries to enter from them. But if the person proves to be strongly adherent to his faith, the devil moves to tempt him from the direction of the permissible matters and incites him to indulge in them to prevent him from doing some recommended acts of worship. Then he persists until he makes him neglect the acts of Sunnah and so on until he makes him neglect his religious obligations.

If he finds that the person exaggerates in fulfilling the rulings of the religion and is inclined to extremism, he adorns for him illegitimate innovations in religion until he makes him propagate and defend such innovations.

The devil does not stop at just misguiding people but he follows that with adorning their misguidance. He never leaves his victims to be an easy prey to their guilty conscience or a captive to the criticism of admonishments; rather, he tries to keep them in their inner peace by making their evil deeds fair-seeming to them so that they may not feel any regret for them or feel that they go against natural inclinations and sound reason. Allah The Almighty Says (what means):
• {And Satan made attractive to them that which they were doing} [Quran 6: 43]
• {And [remember] when Satan made their deeds pleasing to them.} [Quran 8: 48]

The amazing thing is that the tactics of the devil do not go beyond the psychological influences which Allah The Almighty has called ‘whisperings’ i.e. the private speech and hidden words that cannot be heard. The devil whispers in the breasts of the people. He enjoins them to do what is evil and forbids them from doing what is good. Allah The Almighty has given him the ability to whisper and insinuate to the soul. In this regard, Allah The Almighty Says (what means): {Say, "I seek refuge in the Lord of mankind, The Sovereign of mankind. The God of mankind, From the evil of the retreating whisperer Who whispers [evil] into the breasts of mankind. From among the jinn and mankind} [Quran 114: 1-6] Whispering is Satan’s most effective weapon; and it was nothing but his whispering that drove Aadam, may Allah exalt his mention, out of Paradise; Allah The Almighty Says (what means):
{Then the devil whispered to him; he said, "O Aadam, shall I direct you to the tree of eternity and possession that will not deteriorate?" [Quran 20:120]

Although Satan has no material weapons in approaching mankind, he has misled many people – may Allah guard us against him. His devilish insinuations had a great effect on misguiding people. He is aided in his efforts by the desires and lusts of souls who converge with what he calls for. Accordingly, both the soul and the devil unite together against the slave, so no one can resist them except the believer who has sincere and strong faith, otherwise, most people will fall into the traps of Satan even if it happens in different levels and degrees.

Allah The Almighty has explained the reality and aims of the call and invitation of the devil and that they will result in nothing but hardship for every individual in the worldly life and the Hereafter. So Allah The Almighty Says (what means): {Satan threatens you with poverty and orders you to immorality.} [Quran 2: 268]

Allah The Almighty also explains that from the aims of Satan is to provoke internal and external disputes among people and ignite wars and hostilities among believers. In this regard, Allah The Almighty Says (what means): {Satan only wants to cause between you animosity and hatred through intoxicants and gambling and to avert you from the remembrance of Allah and from prayer. So will you not desist?} [Quran 5: 91]

Allah The Almighty explains that the source of all vices, evil deeds and obscene acts is the accursed Satan. Allah The Almighty Says (what means): {O you who have believed, indeed, intoxicants, gambling, [sacrificing on] stone altars [to other than Allah], and divining arrows are but defilement from the work of Satan, so avoid it that you may be successful.} [Quran 5: 90]

In the context of the comprehensive conflict between the two parties of good and evil and the two parties of belief and disbelief, the devil uses many methods to defeat the believers such as instilling fear and panic among them. Allah The Almighty Says (what means): {That is only Satan who frightens [you] of his supporters. So fear them not, but fear Me, if you are [indeed] believers.} [Quran 3: 175]

said: Allah The Almighty threatens believers with the disbelievers. When fear overcomes someone, it makes him lose his ability to take the initiative, paralyzes his mind, and puts him on the attack list of other people so that he has no power either for benefit or for harm to himself.

Amongst the different styles that Satan uses to defeat the believers is circulating malicious rumors and disappointing news. Allah The Almighty Says (what means): {And when there comes to them information about [public] security or fear, they spread it around. But if they had referred it back to the Messenger or to those of authority among them, then the ones who [can] draw correct conclusions from it would have known about it. And if not for the favor of Allah upon you and His mercy, you would have followed Satan, except for a few.} [Quran 4: 83] This verse includes a clear indication that any malicious rumor is nothing but a devilish insinuation, seeking to disappoint and weaken the believers.

In his struggle to keep the group of evil submitting to him and following his orders, he starts his journey with them by arousing in them false desires and dreams. So he promises them to be victorious over the believers, and promises them riches, wealth and luxury. Allah The Almighty Says (what means): {Satan promises them and arouses desire in them. But Satan does not promise them except delusion.} [Quran 4: 120] Actually, the deceived followers of the devil will receive nothing but failure and disappointment. Allah The Almighty Says (what means): {And ever is Satan, to man, a deserter."} [Quran 25: 29]