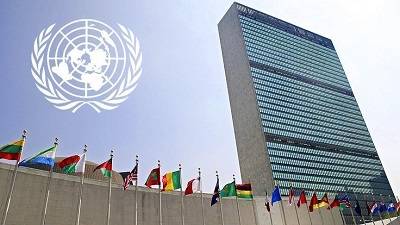 The U.S. declined calls from the UN Security Council for an investigation into violence on the Israeli-Gaza border that left 18 Palestinians dead, a UN official said Monday.

Speaking at a press conference at UN headquarters, Gustavo Meza-Cuadra, Permanent Representative of Peru to the UN and president of the Security Council for April, said the council had accepted a statement calling for an “independent and transparent investigation” into the violence.

But the council failed to condemn the Israeli violence against Palestinian protesters and the statement was not adopted because of the rejection of the U.S. on Saturday.

"There was a proposal for a press statement. One country objected, and we are unable to adopt it," Meza-Cuadra told reporters, referring to the U.S. "We accepted it, but there was some opposition to it unfortunately."

Meza-Cuadra's response came after a question about his reaction to the Security Council’s inefficacy in addressing the serious incident in Gaza.

"We cannot really say what the next step will be, but we are very attentive to events as they unfold on the ground," he said.

The Security Council on Friday called an emergency meeting to discuss the situation in Gaza after Palestinians were martyred by the Israeli army during a peaceful protest earlier in the day.

The emergency closed-door session was requested by Kuwait.

At least 18 Palestinians were killed and hundreds injured by Israeli gunfire during peaceful rallies near the border of the Gaza Strip demanding the return of refugees.

Additionally, Meza-Cuadra said the council plans to visit Myanmar and Bangladesh to see the situation of Rohingya refugees and would also try to enter Rakhine State, which is under lockdown by the Myanmar army.

Since Aug. 25, 2017, some 750,000 refugees, mostly children and women, fled Myanmar when Myanmar forces launched a crackdown on the minority Muslim community, according to the UN. At least 9,000 Rohingya were killed in Rakhine state from Aug. 25 to Sept. 24, according to Doctors Without Borders.

In a report published on Dec. 12, the global humanitarian organization said that the deaths of 71.7 percent or 6,700 Rohingya were caused by violence. They include 730 children below the age of 5.