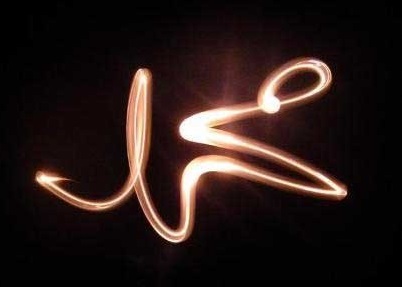 Jesting and a good sense of humor are endearing personality traits; they are a reinvigorating force that motivates people to work with diligence and enthusiasm. There is nothing wrong with humor and jesting as long as the provisions of the Sharee‘ah are observed and no harm is incurred. Rather, it is required and desirable because people tend to experience tediousness and boredom and, therefore, need periods of recreation (to recharge). Nothing proves the importance of jesting and the need for it more than the practice of the master of the creation and the seal of Prophets, Muhammad,

used to joke with his  companions  and family members, give attention to young children and devote some of his time to them. He treated them graciously without overburdening them with what they could not endure or grasp.

It was narrated on the authority of Anas ibn Maalik, may Allah be pleased with him, that the Prophet,

once jokingly said to him: “O you, the one with the two ears!” [Abu Daawood, At-Tirmithi, Al-Albaani: Saheeh (authentic)]

A man came to the Prophet,

to ask him for a mount. He,

said: “Are camels born from anything other than she-camels?” [Ahmad, Abu Daawood, Al-Albaani: Saheeh (authentic)]

Anas, may Allah be pleased with him, said: “The Prophet,

was the best of people in moral character. I had a brother called Abu ‘Umayr. When the Messenger of Allah, sallallahu ‘alayhi wa sallam, came to our house, he would (thoughtfully) say: ‘O Abu ‘Umayr! What did the Nughayr (the little nightingale) do?’” [Al-Bukhari and Muslim] Nughayr was a small bird that young Abu ‘Umayr used to play with.

by way of jest, once poked a man with a stick that he was holding in his hand. It was narrated on the authority of Usayd ibn Hudhayr, may Allah be pleased with him, that while he (Usayd) was talking to people in jest and making them laugh, the Prophet,

poked him under the ribs with a stick. Usayd said: “Let me take retaliation.” The Prophet,

said: “Take retaliation.” Usayd said: “You are wearing a shirt but I am not!” Thereupon, the Prophet,

raised his shirt, so Usayd embraced him and started kissing his side – between the waist and rib – and said:  “This is what I wanted (to do), O Messenger of Allah!” [Abu Daawood, and Al-Albaani:  Saheeh (authentic)]

always smiled at his Companions, used good language with them, and graciously received their complaints with an open mind and polite attitude. Jareer, may Allah be pleased with him, said: “The Prophet

has never screened himself from me since I embraced Islam. Whenever he saw me, he would smile at me. I complained to him that I could not sit firm on horses, so he stroked me on the chest with his hand, and said: ‘O Allah! Make him firm, and make him a guide (to the truth) and make him rightly guided.’” [Al-Bukhari]

As for his sense of humor with his wives, daughters, and household, they had the greatest share of his gracious attitude in this regard. He used to race with his wife ‘Aa’ishah, may Allah be pleased with her, and approved her playing with her friends. She, may Allah be pleased with her, said: “I used to play with dolls in the presence of the Prophet,

and I had girlfriends who used to play with me. When the Messenger of Allah,

entered (my dwelling place), they used to hide, but he would call them to join me and play with me.” [Al-Bukhari]

came out to us for one of the nighttime prayers (i.e. Maghrib or ‘Ishaa’ prayers), and he was carrying either Al-Hasan or Al-Husayn. The Messenger of Allah,

came forward and put him down, then recited Takbeer and started to pray. He prostrated during his prayer and made the prostration lengthy. My father (the narrator) said: ‘I raised my head and saw the child on the back of the Messenger of Allah,

while he was prostrating. So I went back to my prostration. When the Messenger of Allah,

finished praying, people said: “O Messenger of Allah, you prostrated during the prayer for so long that we thought that something had happened or that you were receiving revelation.” He,

said: “No such thing happened, but my son was riding on my back and I did not like to disturb him until he had enough.”’” [Ahmad and An-Nasaa’i, Al-Albaani: Saheeh (authentic)]

The above narrations make it clear that Islam has ample room for good humor and jesting, and that sometimes there is no contradiction between seriousness and decent fun. Just as it prescribed what nurtures the hearts and souls and incorporated directives to maintain the well-being of the bodies, Islam also permitted recreation and what brings joy and happiness to the hearts.