The story of Prophet Sulaymaan- II 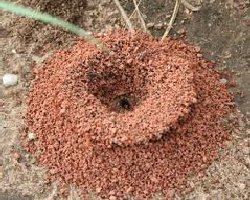 The queen of , upon receiving the letter from Sulaymaan, may Allah exalt his mention, was very disturbed and hurriedly summoned her advisors. They reacted as to a challenge, for they felt that there was someone challenging them, hinting at war and defeat, and asking them to submit to his conditions.

They told her that they could only offer advice, but it was her right to command action. She sensed that they wanted to meet Sulaymaan's threat of invasion with a battle. However, she told them: "Peace and friendship are better and wiser; war only brings humiliation, enslaves people and destroys everything that is good. I have decided to send gifts to Sulaymaan, selected from our most precious treasures. The courtiers who will deliver the gifts will also have an opportunity to learn about Sulaymaan and his military might."

Sulaymaan's 'reconnaissance team' brought him the news of the arrival of the queen’s messengers with gifts. He immediately realised that the queen had sent her men on a probing mission and, therefore, gave orders to rally his army. The envoys of the queen, entering amidst the well-equipped army of Sulaymaan, may Allah be pleased with him, realised that their wealth was nothing in comparison to that of the kingdom of Sulaymaan, in which the floors of his palace were made of sandalwood and inlaid with pure gold. They noticed Sulaymaan, may Allah exalt his mention, surveying his army, and were amazed at the number and variety of soldiers, which included lions, tigers, and birds. The messengers stood awestruck, realising that they were in front of an irresistible army.

The envoys marvelled at the splendour surrounding them. They eagerly presented their queen's precious gifts and told Sulaymaan, may Allah exalt his mention, that the queen wished that he would accept them as a token of friendship. They were shocked by his reaction: he did not even ask to open the covers of the containers! He told them: "Allah has given me plenty of wealth, a large kingdom, and prophethood. I am, therefore, beyond bribery. My only objective is to spread belief in Tawheed - the Oneness of Allah."

He also directed them to take the gifts back to the queen and to tell her that if she did not stop her type of worship (i.e., the worship of the sun) he would uproot her kingdom and drive its people out of the land.

The queen's envoys returned with the gifts and conveyed the message. They also told her of the wonderful things they had seen. Instead of taking offence, she decided to visit Sulaymaan, may Allah exalt his mention. Accompanied by her royal officials and servants, she left Saba', sending a messenger ahead to inform Sulaymaan, may Allah exalt his mention, that she was on her way to meet him.

Sulaymaan, may Allah exalt his mention, asked the jinn in his employment whether anyone among them could bring her throne to his palace before she arrived. One who had knowledge from the Scripture said: "I will bring it to you before this sitting is over." Sulaymaan, may Allah exalt his mention, did not react to this offer; it appeared that he was waiting for a faster means. The jinn competed with each other to please him. One of them said: "I will fetch it for you in the twinkling of an eye!"

No sooner had this one, who had knowledge of the Book, finished his statement that the throne stood before Sulaymaan, may Allah exalt his mention. The mission had, indeed, been completed in the blinking of an eye. Sulaymaan's seat was in , and the throne of the queen had been in , two thousand miles away. This was a great miracle performed by one of the soldiers of Sulaymaan, may Allah exalt his mention.

When the queen arrived at Sulaymaan's palace, she was welcomed with pomp and ceremony. Then, pointing to the altered throne, Sulaymaan, may Allah exalt his mention, asked her whether her throne looked like it. She looked at it again and again. In her mind she was convinced that her throne could not possibly be the one she was looking at, as hers was in her palace; yet, she detected a striking similarity and replied: "It is as if it were the very one, and resembles mine in every respect." Sulaymaan, may Allah exalt his mention, judged that she was intelligent and diplomatic.

He then invited her into the great hall, the floor of which was laid in glass and shimmering. Thinking it was water, as she stepped on the floor, she lifted her skirt slightly above her heels, for fear of wetting it. Sulaymaan, may Allah exalt his mention, pointed out to her that it was made of solid glass.

She was amazed. She had never seen such things before. The queen realised that she was in the company of an erudite person who was not only the ruler of a great kingdom, but also a messenger of Allah. She repented, gave up sun worship, accepted the faith of Allah, and asked her people to do the same.

Thus, the queen saw her people's creed fall apart before Sulaymaan, may Allah exalt his mention. She realised that the sun which her people worshipped was nothing but one of Allah's creations.

The sun eclipsed within her for the first time, and her heart was lit by a never fading light - the light of Islam. Almighty Allah told us this story in Soorah An-Naml (lit. ants) in the Quran, in the twentieth to forty-fourth verses.

Sulaymaan's public work was largely carried out by the jinn. This was a punishment for their sins of making people believe that they were all-powerful and that they knew the unseen and could foresee the future. As a prophet, it was Sulaymaan's duty to remove such false beliefs from his followers.

Sulaymaan, may Allah exalt his mention, lived amidst glory, and all creatures were subjected to him. Then Allah, the Exalted, ordained for him to die. His life and death were full of wonders and miracles; thus, his death harmonised with his life and glory. His death, like his life, was unique. The people had to learn that the future is known neither by the jinn, nor by the Prophets, but by Allah Almighty alone.

Sulaymaan's effort, may Allah exalt his mention, in this direction did not end with his life, for even his death became an example. He was sitting holding his staff, overseeing the jinn at work in a mine. He died sitting in this position. For a long time, no one was aware of his death, for he was seen sitting erect. The jinn continued with their sand toil, thinking that Sulaymaan, may Allah exalt his mention, was watching over them.

Many days later, a little worm began nibbling on Sulaymaan's staff. It continued to do so, eating the lower part of the staff, until it fell out of Sulaymaan's hand, and his great body fell to the ground. People hurried to him, and upon reaching his body realised that he had died a long time ago and that the jinn did not perceive the unseen, for had the jinn known the unseen, they would not have kept working, thinking that Sulaymaan was alive.

Regarding this, Allah the Exalted revealed (what means): "And to Sulaymaan [We subjected] the wind – its morning [journey was that of] a month, and We made flow for him a spring of [liquid] copper. And among the jinn were those who worked for him by the permission of his Lord. And whoever deviated among them from Our command - We  will make him taste of the punishment of the Blaze. They made for him what he will of elevated chambers, statues, bowls like reservoirs, and stationary kettles. [We said]: 'Work, O family of Daawood, in gratitude.' And few of my servants are grateful. And when We decreed for him [i.e., Sulaymaan] death, nothing indicated to them [i.e., the jinn] his death except a creature of the earth eating his staff. But when he fell, it became clear to the jinn that if they had known the unseen, they would not have remained in humiliating punishment." [Quran: 34:12-14]

The story of Prophet Sulaymaan - I