The Virtues of the Ten Days of Thul-Hijjah - I 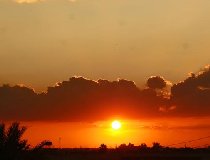 Praise be to Allah Who has created time and has made some times better than others, some months and days and nights better than others, when rewards are multiplied many times, as a mercy towards His slaves. This encourages them to do more righteous deeds and makes them more eager to worship Him.

This season of worship brings many benefits, such as the opportunity to correct one's faults and make up for any shortcomings or anything that one might have missed. Each of these special occasions involves some kind of worship through which people may draw closer to Allah, and some kind of blessing through which Allah bestows His favor and mercy upon whomsoever He, Almighty, Wills.

The Muslim must understand the value of his life, increase his worship of Allah and persist in doing good deeds until the moment of death. Allah Almighty Says (what means): {And worship your Lord until there comes to you the certainty (death).} [Quran 15:99] The commentators said: "'The ‘certainty’ means death."

Among the special seasons of worship are the first ten days of Thul-Hijjah, which Allah has preferred over all the other days of the year. Ibn 'Abbaas

said: "There are no days in which righteous deeds are more beloved to Allah than these ten days." The people (the Companions

) asked: "O Messenger of Allah, not even Jihaad in the path of Allah?" He

said: "Not even Jihaad in the path of Allah, except in the case of a man who went out to fight giving himself and his wealth up for the cause, and came back with nothing (lost both his property and life)." [Al-Bukhari]

This text and others indicate that these ten days are better than all the other days of the year, with no exceptions, not even the last ten days of Ramadan. But the last ten nights of Ramadan are better, because they include the Night of Al-Qadr (Decree), which is better than a thousand months. Thus the various reports may be reconciled. [See Tafseer Ibn Katheer, 5/412]

The virtue of these ten days:

The virtue of these ten days is based on many things:

1)  Allah Swears an oath by ten days of Thul-Hijjah, and swearing an oath by something is indicative of its importance and great benefit. Allah Says (what means): {By the dawn and by the ten nights (i.e., the first ten days of the month of Thul-Hijjah).} [Quran 89:1-2]

Ibn 'Abbaas, Ibn Az-Zubayr, Mujaahid and others of the earlier and later generations

said that this refers to the first ten days of Thul-Hijjah. Ibn Katheer

commanded us to recite a lot of Tasbeeh ("Subhaanallaah"), Tahmeed ("Al-hamdu Lillaah") and Takbeer ("Allahu Akbar") during this time. 'Abdullah ibn 'Umar

said: "There are no days greater in the sight of Allah and in which righteous deeds are more beloved to Him than these ten days, so during this time recite a great deal of Tahleel ("Laa ilaaha illallaah"), Takbeer and Tahmeed." [Ahmad]

Shall you offer a sacrifice?

The Sunnah indicates that the one who wants to offer a sacrifice must stop cutting his hair and nails and removing anything from his skin, from the beginning of the ten days until after he has offered his sacrifice, because the Prophet

said: "When you see the new moon of Thul-Hijjah, if any one of you wants to offer a sacrifice, then he should stop cutting his hair and nails until he has offered his sacrifice." According to another report he

said: "He should not remove (literally, touch) anything from his hair or skin." [Muslim]

instruction here makes one thing obligatory and his prohibition makes another Haraam (prohibited), according to the soundest opinion, because these commands and prohibitions are unconditional and unavoidable.

However, if a person does any of these things deliberately, he must seek Allah's forgiveness but is not required to offer (an extra) sacrifice in expiation; his sacrifice will be acceptable. Whoever needs to remove some hair, nails, etc., because it is harming him, such as having a broken nail or a wound in a site where there is hair, can do so, and there is nothing wrong with that. The state of Ihraam is so important that it is permitted to cut one's hair if leaving it will cause harm. There is nothing wrong with men or women washing their heads during the first ten days of Thul-Hijjah, because the Prophet

only forbade cutting the hair, not washing it.

The wisdom behind this prohibition of the one who wants to offer a sacrifice from cutting his hair etc., is so that he may resemble those in Ihraam in some aspects of the rituals performed, and so that he may draw closer to Allah by offering the sacrifice. So he leaves his hair and nails alone until the time when he has offered his sacrifice, in the hope that Allah will save him in his entirety from the Fire. And Allah knows best.

Some women may delegate their brothers or sons to make the sacrifice on their behalf, then cut their hair during these ten days. This is not correct, because the ruling applies to the one who is offering the sacrifice, whether or not he (or she) delegates someone else to carry out the actual deed. The prohibition does not apply to the person delegated, only to the person who is making the sacrifice, as is indicated in the narration. The person who is sacrificing on behalf of someone else, for whatever reason, does not have to adhere to this prohibition.

This prohibition appears to apply only to the one who is offering the sacrifice, not to his wife and children, unless any of them is offering a sacrifice in his or her own right, because the Prophet

used to sacrifice "on behalf of the family of Muhammad," but there are no reports that say he

forbade them to cut their hair or nails at that time.

If a person was planning to offer a sacrifice, then he decides to go and perform Hajj, he should not cut his hair or nails if he wants to enter Ihraam, because the Sunnah is only to cut hair and nails when necessary. But if he is performing Tamattu' [whereby he performs 'Umrah, comes out of Ihraam and enters Ihraam anew for Hajj], he should trim his hair at the end of his 'Umrah because this is part of the ritual.

The Virtues of the Ten Days of Thul-Hijjah – II