The Blessed Days: Day of Nahr and the Days of Tashreeq 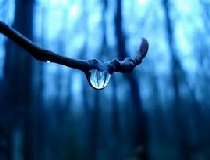 There are multiple virtues for this day for it is the day of the major Hajj and the best day of the year. In a Hadeeth (narration), the Prophet

said: "The greatest day in the sight of Allah The Almighty is the Day of Nahr and then the day of Qarr (the 11th day of Thul-Hijjah).”

Based on this, the Day of Nahr is better than the day of ‘Eed Al-Fitr, because it includes prayer and slaughtering sacrificial animals and they are also better than prayer and charity.

Peoples and nations consider feasts as opportunities for pleasure and freedom as well as unbridled extravagance. However, in Islam, the Days of ‘Eed are filled with worship and humbleness to Allah The Almighty as well as lawful enjoyment and entertainment. There are great acts of worship prescribed on the Day of Nahr such as prayer, Takbeer (saying Allahu-Akbar), slaughtering sacrificial animals on the part of the pilgrims and others, as well as other rituals of Hajj. This makes this day a blessed opportunity to bring oneself closer to Allah The Almighty and seek His forgiveness.

This is contrary to many who make that day an opportunity for entertainment and leisure only. Some have even made it a day of rebellion and disobedience to the commands of Allah The Almighty. (We seek refuge in Allah The Almighty from this).

The Days of Tashreeq:

They are the three days after to the Day of Nahr. According to Ibn ‘Abbaas

they are the days meant in the verse in which Allah The Exalted Says (what means): {And remember Allah during [specific] numbered days….} [Quran 2:203] Al-Qurtubi

mentioned that the scholars unanimously agreed that they are the Days of Tashreeq.

They are days of festivity for Muslims, as the Prophet

said: "The Day of ‘Arafah, the Day of Nahr and the days of Mina (i.e. the Days of Tashreeq) are ‘Eed for us, Muslims."

It is forbidden to observe fasting on these days:

They also come after the noble ten days of Thul-Hijjah and this is another virtue. Some of the Hajj rituals are performed on these days. The Day of Nahr is also included in these days. Therefore, the honor and virtue of these days is great due to all these reasons.

The second of these days is the Day of Qarr, the 11th of Thul-Hijjah, which is the best day after the Day of Nahr. According to the preponderant opinion, these four days are specified for slaughtering the sacrificial animals on the part of both pilgrims and non-pilgrims, as well as extolling and glorifying Allah The Almighty. This exalts the virtue and excellence of these days. They are days for worship, remembrance of Allah The Almighty and happiness. In a Hadeeth, the Prophet

said: "The Days of Tashreeq are days for eating, drinking and remembering Allah."

There are several types of the Thikr (remembrance of Allah) commanded in the Hadeeth:

Takbeer after prayers and at all times, whether it is the restricted or not restricted to a specific time, according to the apparent meaning of the verse, and this is what makes them days for Thikr.

Mentioning the Name of Allah The Almighty when one eats and drinks as well as other types of Thikr.

Repeating Takbeer when a pilgrim throws the pebbles.

Mentioning and remembering Allah The Almighty at all times during these days, and this is called the Thikr and Takbeer which are not restricted to a specific time.