Realizing the Essence and Purpose of Hajj – II 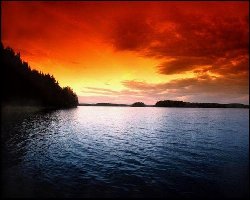 5)  Reminding of the Hereafter:

Hajj clearly reminds the slave of Allah of the Last Day and the situations and terror it includes, through the following:

* Taking off form-fitting clothes and other adornments. This reminds him of the shroud as well as resurrection of the slaves of Allah from their graves barefooted and uncircumcised on the Day of Judgment.

* Moving among the different places and facing hardship and exhaustion therein: this reminds him of the stress and hardships of the Day of Judgment when some of the slaves of Allah will be bridled by sweat.

6)  Teaching surrender and submission to Allah The Almighty:

During Hajj, slaves of Allah learn surrender, submission and absolute obedience to Allah, the Lord of the worlds. This is achieved through two ways:

-   The rites of Hajj such as taking off form-fitting clothes, abandoning adornment, Tawaaf, Sa‘y, staying at ‘Arafah, throwing the pebbles, spending the night in certain places, shaving or shortening one’s hair as well as other deeds that may have unclear rationales behind them. However, they are done in pure surrender to the command of Allah The Almighty with no room for the slave's inclination or desires.

7)  Deepening the Islamic brotherhood and unity:

Despite the difference in languages, colors, countries and ethnics, all Hajj pilgrims gather in one place, at one time, with one appearance, repeat one slogan and do all these actions motivated by one thing which is belief in Allah The Almighty and keenness on obeying His commands and avoiding His forbiddances. This deepens love among Hajj pilgrims and boosts good relations, cooperation, meditation, as well as enables them to exchange advice and share experiences.  This further encourages them to fulfill the requirements of that religion which gathered them and to spare no effort in striving to exalt it.

8)  Connecting the pilgrims to their predecessors:

The rituals of Hajj bring to the mind old memories: The migration of Ibraaheem

as well as his wife and newborn to Hijaz, the story when he was commanded to slaughter his son, building the Ka‘bah, Ibraaheem’s call to people to perform Hajj. They also revive the memory of  Hajjat-ul-Wadaa‘ (the farewell pilgrimage), when the Prophet

performed Hajj along with one hundred thousand Companions

said to them: "Take your rituals from me."

During Hajj, one thinks of the different Islamic ages down to the present era, when over two million Muslims perform Hajj every year. This calls upon a pilgrim to remember these generations which attended the sacred places before him. He reflects on the creed-related struggle which took place between the monotheists and the polytheists and how the former sacrificed lives, families, wealth and prestige for the sake of this religion. Hajj pilgrims also reflect on how stubborn and aggressive the polytheists were as they defended their interests and personal inclinations and desires.

With such things, a pilgrim will realize the reasons behind destruction and salvation, and thereby he will be watchful to utilize the available means for salvation and consider himself a successor of those who were saved, such as the Prophets and the righteous Muslims. Meanwhile, he will avoid causes of destruction, consider himself an enemy to wrongdoers and be certain that victory and Paradise will be for the righteous. A Hajj pilgrim will also realize that the fate of all people is the same, which is death, and that he will leave the world just as they left. Therefore, he adheres to piety in order to rescue himself and taste peace and security between the Hands of Allah.

9)  Intensifying remembrance of Allah The Almighty:

Reflecting on the rituals of Hajj, Talbiyah (saying: “Labayka Allahumma Labbayk”), Takbeer (saying: Allahu Akbar) and supplications, etc., as well as the relevant Quranic and Prophetic texts, one observes that intensifying remembrance of Allah The Almighty is one of the most prominent rationales and purposes behind Hajj. In the Quran, Allah Says (what means): {…But when you depart from ‘Arafat, remember Allah at Al-Mash‘ar Al-Haraam….} [Quran 2:198]

said: "Tawaaf, Sa‘y between As-Safa and Al-Marwah, and throwing the pebbles are prescribed to establish remembrance of Allah on earth."

10)  Training on orderliness and teaching discipline:

There are restrictions, limits, commitments and various disciplinary aspects for Hajj and a pilgrim is not permitted to violate them. Such things get the pilgrim used to loving order and maintaining it. Moreover, they teach a pilgrim to be committed through doing what is commanded and abandoning what is forbidden.  There are many, clear texts to indicate this.

There are countless other benefits related to this life and to the Hereafter; and to individuals and community.  The abundance of benefits is expressed in the verse in which Allah The Exalted Says (what means): {That they may witness benefits for themselves…..} [Quran 22:28]

We ask Allah The Almighty to guide us and to provide us with the greatest share of these benefits!