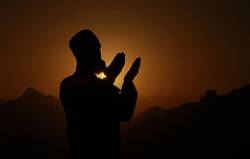 *     After the pilgrim starts saying, “Labbayka Allahumma Labbayk (Here I am at Your Service, O Allah, here I am)” at the Meeqaat (station from where one enters into the state of Ihraam), he must not continue sinning further, having responded to his Lord’s call. When he says it he should think of it as, “I am responding to Your prohibition of it (committing sins) and this is the time I am giving it up.”

*     Kissing the Black Stone, which is amongst the first rituals to be carried out, teaches the pilgrim to honor the Sunnah (Prophetic tradition) and not oppose the Laws of Allah The Almighty with his feeble reasoning. He realises that there is wisdom behind the Laws and Rites which Allah The Almighty has prescribed for humankind, and trains himself to submit to his Lord wholly. ‘Umar

said after he kissed the Black Stone, “I know that you are only a stone and that you can neither benefit nor harm. If I had not seen the Prophet

kiss you, I would not have kissed you.” [Al-Bukhari and Muslim]

*     When the pilgrim does Tawaaf, he is reminded of his father Ibraaheem

who built the House so it could be a place of refuge for humankind and a safe haven, and that he called them to perform pilgrimage to this House. The Prophet

also called humanity to perform pilgrimage to this House, and Moosa, Yoonus and ‘Eesa, may Allah exalt their mention, also came for the same purpose. This House was venerated by all these Prophets.

·        When drinking Zam Zam, the pilgrim is reminded of the blessedness of this holy water, from which millions of people have drunk throughout history, yet it has never dried up. He is encouraged to make Du’aa (supplications) when he drinks it, according to the Hadeeth in which the Prophet

is reported to have said: “The water of Zam Zam is for whatever it is drunk for.” [Ibn Maajah and Ahmad]

*     When he does the Sa’y, he is reminded of the despair of Haajar, the mother of Ismaa’eel

who ran back and forth between Safa and Marwah searching for water so she could give her little son water to drink. When a man remembers the struggle and patience of this great woman, it makes it easier for him to bear his problems; a woman will also relate to Haajar’s suffering and find it easier to cope with the tribulations of life.

*     Standing on the day of ‘Arafah reminds the pilgrim of the throngs of people on the Day of Gathering. If the pilgrim is tired due to being in a crowd of thousands, how will it feel to stand amongst the hordes of barefoot, naked, uncircumcised people, for fifty thousand years?

*     When throwing the pebbles at the Jamaraat (the three small stone-built pillars in Mina), the Muslim trains himself to obey Allah The Almighty without arguing and questioning His Commands, even if he does not understand the reason and wisdom behind this act, and cannot make the connection between rulings and their purpose. This is the manifestation of complete submission to Allah The Almighty.

*     When he slaughters his sacrificial animal, he is reminded of the great incident when Ibraaheem

after he had grown up and become a helping hand for him; there is no room for emotions which go against the commands of Allah The Almighty. This teaches him to respond to what Allah The Almighty orders, as He tells us that Ismaa’eel said (what means): {…‘O my father, do as you are commanded. You will find me, if Allah wills, of the steadfast.’} [Quran 37:102]