The Virtues of the First Ten Days of Thul-Hijjah 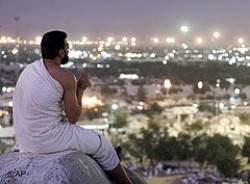 The believer should take advantage of the first ten days of Thul-Hijjah by performing more good deeds. Amongst the righteous deeds which were mentioned specifically for these days were:

·        Hajj: “The reward for an ‘Umrah trip is wiping all sins committed between it and previous ‘Umrah. An accepted Hajj brings no less a reward than Paradise.” [Al-Bukhari and Muslim]

·        Fasting the day of ‘Arafah for those not performing Hajj: Abu Qataadah

said: “Fasting it (‘Arafat) expiates the sins of the previous and the coming year.” [Muslim] How can a true believer waste such a great reward?

·        Takbeer (saying, “Allahu Akbar”): It is from the Sunnah (Prophetic tradition) to utter it loudly, except for women.

General which is not restricted to be done after each of the five obligatory prayers. A person can recite it at any time and in any place during the ten days, plus the three days of slaughtering after the ten days.

The following are the evidences for this:

said: “There are no days greater in the sight of Allah and in which righteous deeds are more beloved to Him than these ten days, so during this time recite a great deal of Tahleel ("La Ilaaha illa-Allah"), Takbeer and Tahmeed.” [Ahmad]

used to come out of his house on the day of ‘Eed raising his voice uttering Tahleel ("La Ilaaha illa-Allah"), Takbeer ...” [Al-Bayhaqi]

used to recite Takbeer during the days while he was Mina (during Hajj) after each prayer, on his sleeping mat and while he was walking all through these days.” [Ibn Al-Munthir]

Specific which is recited after each of the five obligatory prayers. This type starts from Fajr (dawn) prayer on the day of ‘Arafah until ‘Asr (late noon) on the last day of slaughtering (13th of Thul-Hijjah). Shaqeeq ibn Salamah

said, “‘Ali used to recite Takbeer after Fajr on the day of ‘Arafah and would not stop until the Imam arrived on the last day of slaughtering at ‘Asr prayer.” [Ibn Al-Munthir] The same was also reported of Ibn ‘Abbaas

said, “The most authentic ruling regarding Takbeer, which is the ruling of the majority of the scholars as well as the Companions is that it starts on the Day of ‘Arafah Fajr time, and it lasts until the last day of slaughtering at ‘Asr time, being recited after each of the obligatory prayers.”

slaughtered two goats with horns that he sacrificed with his own hands, while reciting 'Bismillaah Allahu Akbar' (in the name of Allah, Allah is The Most Great), while placing his foot on the animal’s neck.” [Bukhari and Muslim] The Sunnah is that one does his own slaughtering and eat a part from his sacrifice, but he may authorize any charitable organization to do this on his behalf, even if they do it in a different country, as Jaabir

slaughtered sixty-three animals when he performed Hajj, and authorized ‘Ali to slaughter the rest.” [Muslim]