Sublime Benefits and Objectives of Hajj - I 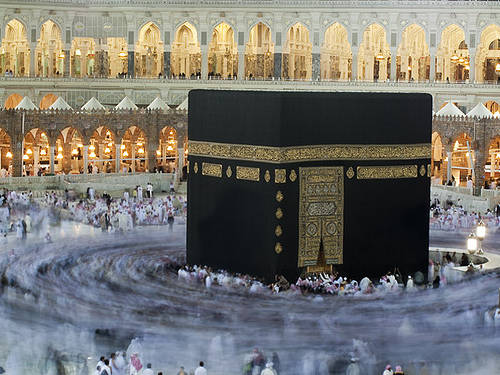 . It is out of the mercy of Allah The Almighty towards His slaves that He has enjoined Hajj upon them at least once in a lifetime. Allah The Almighty Says (what means): {…And [due] to Allah from the people is a pilgrimage to the House - for whoever is able to find thereto a way….} [Quran 3:97]

addressed them saying: “O people, Allah has made Hajj obligatory for you; so perform Hajj.” Thereupon, Al-Aqra‘ ibn Haabis said, “O Messenger of Allah, (is it to be performed) every year?” The Prophet

remained silent, but the man repeated (these words) thrice, whereupon the Messenger of Allah

said: “If I were to say ‘yes’, it would become obligatory (for you to perform it every year) and you would not be able to do it.” Then he said: “Leave me with what I have left to you, for those who were before you were destroyed because of excessive questioning, and their opposition to their Prophets.” [Saheeh Muslim and others]

The occasion of Hajj has many benefits and objectives spanning ideological, personal, societal, moral and educational aspects. These include the following:

There is no doubt that performing Hajj in the Sharee‘ah-prescribed manner strengthens faith and cleanses the self from its impurities. It rouses Islamic emotions with the purpose of realizing the greatness of Allah The Almighty and feeling humble submission to Him where pilgrims actually live for a number of appointed days in the atmosphere of Divine inspiration and in the places of the revelation of the Noble Quran. Thus, thousands of souls head in overwhelming spirituality towards greater, more tangible religious commitment, complete submission to Allah The Exalted, sincere adherence to and fruitful interaction with His Orders and Prohibitions.

Allah The Almighty referred to this great purpose and the useful positive meanings it encompasses in the verse in which He Says about a Hajj ritual (what means): {Their meat will not reach Allah, nor will their blood, but what reaches Him is piety from you….} [Quran 22:37]

2)   Feeling the sacrifices of the first Muslims:

The heightened spirituality of the days of Hajj makes the Muslims recall the early days of Prophethood. A believer experiences first-hand the extent of the sacrifices of the Companions

and realizes the efforts of the first Muslims who established the basics of religion, adhered to the rulings and spread the virtues and merits of this religion. They endured the sufferings and trials they faced from their enemies and the sacrifices they offered in terms of their souls, money, families, times and interests. Due to these trials and sacrifices, the Prophet

warned against disparaging or abusing them. He said: "Allah, Allah! Fear Him with regard to my Companions! Do not revile them after me! Whoever loves them loves them with his love for me…" He also said in another narration: “If any one of you spent gold equal to Uhud (in the cause of Allah) it would not be equal to even a handful or even half a handful of what was spent by one of them." [Al-Bukhari and Muslim]

3)   Total obedience to Allah The Almighty:

Performing the rituals of Hajj in spite of the variety of their forms, times and places and the difference in their utterances, numbers and contents instills in the souls of the pilgrims the value of obeying Allah, the One and the Only. It teaches them to comply in totality with His Orders, rulings and instructions even if they do not know the wisdom behind them or their material consequences.

Among the actions that prove this total submission to Allah are performing Tawaaf around the Ka‘bah seven times, kissing the Black Stone, throwing the pebbles with known and appointed times and numbers, standing at ‘Arafat and then heading at night towards Muzdalifah to stay the night therein.

Thus, the physical, intellectual and spiritual activities of man merge in a great and noble manner for him to get used to executing the Orders of Allah The Almighty and adhering to His instructions with truthfulness, sincerity, submission and humility without hesitation nor delay, even if the material benefits of this do not appear immediately.

used to kiss the Black Stone and say, "No doubt, I know that you are a stone and can neither benefit anyone nor harm anyone. Had I not seen the Messenger of Allah

kissing you, I would not have kissed you." [Al-Bukhari and Muslim]