Hajj and Inner Peace - I 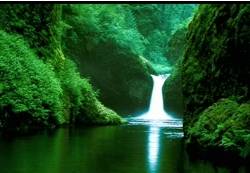 Hajj is a great responsibility before Allah The Almighty; it requires sincerity, truthfulness in words and deeds, purity of the soul and inner peace.

Preparation for the journey of Hajj requires special behavior. The believing slave determines to travel to perform the obligation of Hajj being peaceful, chaste and pure with no impurity in his heart, overwhelmed by love for Allah The Almighty, hoping to attain His mercy and seeking His pleasure.

The sincere slave who loves Allah The Almighty starts his preparation for the Hajj journey with a peaceful mind; he purifies himself and elevates his heart, spirit and self to the highest levels of inner peace. He starts taking himself to account for his deeds, and to recall the incidents of his life, to take his actions towards himself and others into consideration. If he had ever abused or wronged someone, or was a reason for hurting someone, he should immediately seek the pardon of Allah The Almighty first, and then ask for forgiveness from the one whom he wronged or hurt.

Complete forgiveness and perfect repentance depends upon the issue of preserving the rights of slaves. Allah The Exalted quotes Nooh

What is injustice? Many people mistakenly believe that a person may do whatever he wishes, then perform the obligation of Hajj and return as he was on the day he was delivered by his mother: without sin or error.

How can one allow himself to wrong others and become the cause of hurting or abusing them in any form whatsoever? Then, merely after performing the obligation of Hajj, he returns and feels as if he has not committed any mistakes. Where is the right of the people he wronged?

A wrongdoer is someone whose heart is afflicted with the disease of pride. He is selfish, arrogant and domineering to an unhealthy extent. He does not see anyone other than himself and is concerned only with achieving his own interests, even if the price is to transgress on the interests and rights of others and to hurt their humanity, dignity and pride. He is someone who has forgotten Allah The Almighty, so Allah The Almighty made him forget himself.

There are three Types of injustice:

Another type of injustice is between a man and himself: It is injustice towards the right of the human self, where the slave neglects and takes the obligations that Allah The Almighty ordered him to fulfill lightly, such as being lazy when performing acts of worship. This is how man wrongs himself. Allah The Exalted Says (what means): {….among them is he who wrongs himself.}[Quran 35:32]

Allah The Almighty forgives this kind of injustice to whom He wills.