Hajj: Benefits in the World and the Hereafter 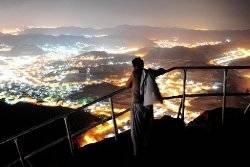 The individual benefits of Hajj are undeniable and indisputable, for Hajj purifies souls, frees them from the factors that cause weakness and refines them by its insistence upon quitting sins and misdeeds and enabling a person to taste the pleasure of being near Allah The Almighty and privately supplicating to and praising Him at the places He Himself honored. Allah The Almighty Says (what means): {And whoever honors the symbols of Allah - indeed, it is from the piety of hearts.} [Quran 22:32]

In this article, we would like to refer to the social aspect and the international manifestation of Hajj as a conference for Muslims where they stop for a pause of reconsideration; thanking Allah The Almighty for His blessings upon them and asking Him to help them overcome obstacles and hardships.

Referring to some negative aspects in the Hajj season does not mean neglecting the impact of this act of worship, which improves the conditions of Muslims whether as individuals or groups. Rather, these negative aspects are mentioned frequently with the intention of obliterating or reducing them. This can only be achieved by spreading awareness among the Muslims heading to perform this obligation.

Everyone who is granted the blessing of performing the obligation of Hajj returns after witnessing diverse actions and behavior among pilgrims that may be described as being far removed from Islam – at the very least. Rather, they are in complete contradiction to the spirit of Islam. There is a great deal of ignorance of the rulings and etiquettes of Hajj, which causes great harm to pilgrims and gives a bad image about Muslims and their sacred rites.

That is why scholars and students should, as much as they can, teach and advise Muslims whether before leaving their home countries or after arriving at the sacred sites. If education, advice and instruction is to yield their blessed fruits, they should result from studying and planning done by the scholars. The Hajj season is an important occasion for the gathering of scholars to discuss the problems of Muslim pilgrims, whether while performing the rituals of Hajj or addressing general problems to which all Muslims can relate.

The most important purpose of Hajj is for the religious and worldly goals to become one. In doing so, two types of happiness are achieved: the happiness of the life of this world by correcting errors and eliminating negative aspects; and the happiness of the Hereafter by gaining forgiveness of sins and pleasing the Lord. Striving to achieve only one of the two aims as separate from the other is contrary to the spirit of the noble verse in which Allah The Exalted Says (what means): {That they may witness benefits for themselves and mention the name of Allah on known days….} [Quran 22:28]