The Fruit of Hajj Mabroor - III 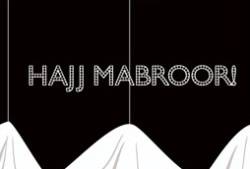 touched, kissed and pointed to it, we do accordingly, in imitation of his conduct

If you respond to Allah The Almighty in all that He calls you to, then you will make your Hajj accepted, and come out as sinless as on the very day your mother gave birth to you.

Seek the means of forgiveness after Hajj

Hajj Mabroor is one of the greatest means to achieve forgiveness for sins: "Whoever performs Hajj in which he neither has sexual intercourse (with his wife) nor commits sins, he will come out as sinless as a newborn on the very day his mother gave birth to him.”

However, Tawheed (Islamic monotheism) and abandonment of Shirk (polytheism) are greater as Allah The Almighty Says (what means):

·        {Allah has promised those who believe and do righteous deeds [that] for them there is forgiveness and great reward.} [Quran 5:9]

To seek forgiveness is one of the greatest means by which sins are forgiven.

So, be eager to seek forgiveness, because the Messenger of Allah

used to seek forgiveness and repent to Allah The Almighty at all times. He used to say one hundred times a day: "O Lord! Forgive me and turn to me in repentance: You are the Accepting of repentance, the Forgiving." In confirmation of that, He The Almighty Says (what means): {And those who, when they commit an immorality or wrong themselves [by transgression], remember Allah and seek forgiveness for their sins - and who can forgive sins except Allah? - and [who] do not persist in what they have done while they know. Those - their reward is forgiveness from their Lord and gardens beneath which rivers flow [in Paradise], wherein they will abide eternally; and excellent is the reward of the [righteous] workers.} [Quran 3:135-136]

The deeds which entail seeking forgiveness are numerous. To perform ablution, remember Allah The Almighty after ablution, spend in the Cause of Allah, both in times of prosperity and adversity are some of them. Likewise, controlling one's anger, pardoning the people, keeping patient, offering a two-Rak‘ah prayer after ablution, pronouncing Athaan for prayer, responding to the Mu’aththin (i.e., to say the like of what he says) are some other means of seeking forgiveness. It is also recommended to walk toward the mosques to attend the prayer in congregation, wait for the prayer after prayer, perform the five (obligatory prescribed) prayers in congregation, say 'Aameen' in the prayers, stand at night (in prayer), remember Allah after prayer, and so on. All of these actions are among the means by which sins are forgiven; and the proofs for that, from the Book and the Sunnah, are too numerous to be recounted here in detail.