Lessons Drawn from the Obligation of Hajj - II 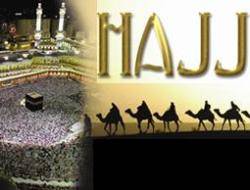 - "Whoever does any action that is not in accordance with this matter of ours (i.e. Islam), will have it rejected."

Allah The Almighty also Says (what means): {…So let those beware who dissent from the Prophet's order, lest Fitnah strike them or a painful punishment.} [Quran 24:63]

Complete submission and surrender to the Command of Allah The Almighty:

Whoever is enslaved by his customs, taken over by his traditions, or owned by habits and desires, will not be liberated nor freed; especially if he weighs all things with his mind and does not take any action. Rather, he does not adhere to any matter except after conducting an accurate materialistic evaluation. This is the way of the slaves of mind and matter. However, Hajj, with its mysterious and unfamiliar description, is a challenge to the slaves of systems and arrangements. It is an invitation to achieve complete submission, belief in the unseen, absolute surrender to the Command of the Beloved; Allah The Almighty, without seeking any proofs or depending on logic or mental proof. Such absolute submission to the command and complete surrender to its requirements without knowing the wisdom behind it is the absolute kind of servitude and slavery to the Greatest God; Allah The Almighty.

Some acts which involve no fraternizing among people and whose meaning no intellect can comprehend, such as throwing pebbles and running to and from repeatedly between Safa and Marwah for example. It is through such acts that perfect bondage and slavery is manifest. Zakat is kindness; its meaning is understood and intellect inclines to it. Fasting is a break with bestial passion, which is the tool of the enemy of Allah The Almighty, and involves concentration on worship by abstaining from [normal] occupations. Rukoo‘ (bowing) and (Sujood) (prostration) in prayer [express] submission to Allah The Almighty through acts which represent the [outward] forms of submission, But the running to and from [between Safa and Marwah], and the casting of stones and similar acts afford no obvious benefit to the soul nor any natural sociability; nor is the intellect able to discover their meaning. For whatever the intellect understands, to that is nature inclined; inclination thus cooperates with the command and together with it incites to action. Thus, perfect bondage and slavery are hardly manifest. For this reason, the Prophet

said, with special reference to Hajj: "Here I am in Hajj, truly in devotion and slavery." He did not say this in prayer or anything else.

A lesson regarding the unity of the Islamic Ummah:

Amongst the greatest benefits of Hajj is that it affirms the unity of the Islamic Ummah that is established by the Noble Quran and the honorable Sunnah as Allah The Almighty Says (what means): {Indeed this, your religion, is one religion…..} [Quran 21:92]

In Hajj, we find that all Muslims are united in performing the same specific rituals, away from any differences or distinctions. All pilgrims perform Tawaaf around the same House, make Sa‘y in the same place, stand at the same destination, turn to only one direction, recite the same Book, worship the same Lord beside Whom there is no other god and follow the same Prophet

. All such things enhance the Islamic brotherhood and religious relationship among all Muslims. Different colors, different shapes and different countries raise the sublimity of the religion and combine the power of religion in their hearts and the acts of Hajj among their bodies and conduct. They, through actions, reject the differences of nationalities, races and parties. This proves that this Ummah can only be united by the call of belief and faith, as Allah The Almighty Says (what means):

said: “The relationship between one believer and another is like a structure, parts of which support other parts.”

If Muslims realize this noble meaning, act upon it and apply it, differences and causes of dissension will vanish. Rather, they will be like a single body, submitting to the Saying of Allah The Almighty (what means): {And hold firmly to the Rope of Allah all together and do not become divided….} [Quran 3:103]

Adopting a moderate and balanced approach in all matters:

One has to avoid all types of exaggeration, going to extremes or being careless. Imam Ahmad reported from Ibn ‘Abbaas

who said: “The Messenger of Allah

said to me on the morning of Al-‘Aqabah: “Come and pick up pebbles for me.” So I picked up pebbles for him that were a little larger than a chickpea. He put them in his hand and said: “With pebbles like these stone (the Jamaraat).” Then he added: “O people, beware of going to extremes, for those who came before you were destroyed because of going to extremes in religion.”

Really, the Ummah is in pressing need to adopt a moderate and balanced approach in all matters, without being negligent or careless, and without exaggerating or going to extremes, but rather being moderate as Allah The Almighty Says (what means): {And thus We Have Made you a just community that you will be witnesses over the people and the Messenger will be a witness over you….} [Quran 2: 143]

Unity of history and objectives:

When the Muslim individual lives the memory of Hajj or performs it in its real sense, he records his name as one of a great caravan that responded to the call of the Messengers, may Allah exalt their mention, and obeyed the Lord of the worlds. This caravan has been led by the Prophets and Messengers from Ibraaheem (Abraham) and those who came before and after him: Nooh (Noah), Ismaa‘eel (Ishmael), Is-haaq (Isac), Moosa (Moses) ‘Eesa (Jesus), may Allah exalt their mention, and Muhammad

Every Muslim should know that he is not the first to experience such matters, but rather there were many before him such as the Prophets, Messengers, guided leaders and believing followers who underwent the same difficulties and experienced the same situations and obstacles. However, they endured and showed patience towards them. Therefore, they were rewarded greatly in the worldly life and the Hereafter. They came to have the upper hand over their enemies and their voices recited the Talbiyah of Hajj loudly, although many of them lived at a time in which they could not approach the House or even pray in it, not to mention performing Hajj or ‘Umrah.

When one remembers this, his heart will feel reassured and his feet will stand firm on this way. Actually, we are in dire need of this form of standing firm in the time of strangeness and alienation, and of knowing that the prosperous end will be for you as what happened with the believers who were before you. Allah The Almighty Says (what means): {And those who disbelieved said to their messengers, "We will surely drive you out of our land, or you must return to our religion." So their Lord Inspired to them, "We Will surely Destroy the wrongdoers. And We will surely cause you to dwell in the land after them. That is for he who fears My position and fears My threat."} [Quran 14:13-14]

Hajj still has greater wisdom than that, such as learning humility, remembering the Hereafter, renewing faith through seeing the places of worship and destinations of invitation. What we have mentioned is just a drop in the ocean. Whoever contemplates the matter thoughtfully will surely learn many other lessons. That is because Allah The Almighty Says (what means): {That they may witness benefits for themselves….} [Quran 22:28]