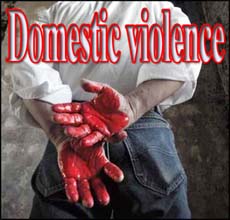 Where does the western woman stand in scale of humanity and who represents her?

Are they represented by the artificial ladies of who appear on the TV screens, who are suppressed by the massive work load and by men?

When comparing two different cultures, can a real study be made in order to compare between the realities of the two cultures, and thus reach a practical answer (and not just an informative one) as to which of the two is more honorable and civilized?

In a media that is controlled by corrupt people, women who adhere to Hijab are considered as a clear evidence for her humility, backwardness degradation, ignorance … etc. On the other hand, trading with women’s bodies was never considered as such…!!

We are trying to claim that the situation of the Muslim or Arab woman is in the highest level of perfection and development. Additionally, we do not believe that the humongous stress she faces is due to her being a female, but rather it is part of what men face, all of which comes as a natural result of the nation being oppressed, tyrannized and forced to follow other cultures.

When we address the situation and status of the western woman, we will do it from an inside look and we will let those concerned do the talking, and let numbers and statistics inform about reality.

We will raise a real dialogue between two civilizations, not only a methodological or ideological one, but a true comparison between the two realities. The topic we chose to start with and address is; “Domestic Violence Against Women In The West”.

We must notice that such violence, which goes beyond human limits and dimensions, is not exercised by illiterate people who live in the countryside somewhere, nor in the poorest areas. Conversely, such abuse is practiced by slick men like those who appear in Hollywood who are in some cases well educated having high social status. It is exercised against weak women, regardless how fine they may appear to be … after returning to their homes; they become nothing more than slaves under the effect of lash of humility and violence.

We will limit our talk to domestic violence against women in the west, and we will prove by numbers that the humiliated woman is not the one who lives in Afghanistan and wears her face cover. We will illustrate that such woman is not the one from the Arabian Peninsula, who is in fact well protected and honored in a community that calls for her respect. Real degrade and vulgarity is that which makes a woman cheap merchandise just like any other tradable good, and made her subject to attacks and all types of oppression and inequity.

The United States of America:

Violence, in all its shapes, has afflicted the weakest member of the family, namely women and children. Things like, secrecy, no sufficient evidence and legal and social barriers make it difficult to obtain very accurate data regarding violence against women, which is, according to social scholars, is the least type of crime that gets reported.

Ironically, most of the available information regarding violence against women is collected from small statistics done here and there, which give a quick general view for something as important as this international phenomenon. Such information can not be used to provide precise indicators to the level of violence and abuse practiced against women, but it certainly clarifies that violence and abuse at homes is a widespread phenomenon, and that the woman is the victim in most cases.

·         In 1980, a statistic was done by Appleton, which included six hundred and twenty American ladies showed that 35% of them were subject to physical husband abuse at least once. In 1981, Chtraws expressed that husband abuse ranges between 50-60% in the United States. On the other hand, in 1982, the percentage was estimated to be 21% by Russell, while Baglo estimated it to range between 25-30%.

·         Statistics prove that three out of every four women were subject to abuse; 9% of which was done by ex-husbands, 35% by boyfriends and 32% by ex-boyfriends.

·         Statistics proved that the most common cause for physical injury of women (and in some cases the only cause) was their boyfriends. It was higher in number than injuries caused by car accidents, robberies and rape all accumulated.

·         Results of a questionnaire that was done on six thousand American families showed that 50% of the men continuously abuse their wives and children physically.

·         Children who were subjected to physical abuse by their fathers usually grow up to be violent people with their wives and abusive of them three times more than other men who did not experience abuse from their fathers in childhood. Additionally, children whose fathers were very harsh and abusive are one thousand times more likely to be abusive to their wives.

·         More than three million kids are endangered by parents’ abuse per year.

·         One million women per year suffer being the victim of abuse by a family member that does not reach the extent of death; this statistic is one of the most moderate ones.

·         Children who live in homes were the husband and wife attack one another are subject to physical abuse fifteen hundred times more than other children.

·         In 1994, two hundred and forty three thousand of those who received medical care in the “Emergency Room” were treated for injuries resulting from physical abuse done by a relative, and the ratio of men to women in this number was 1:9.

·         There are at least four million reports of violence against women yearly, and around 20% of them happened in the house.