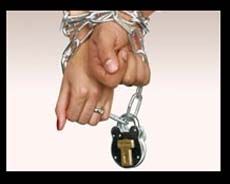 May a father force his virgin daughter who attained puberty to marry? Two well-known opinions in this regard are reported from Imaam Ahmad

1.   That he may compel her to. This is also the opinion of Maalik, Ash-Shaafi`ee, and others

2- That he may not. This is the opinion of Abu Haneefah

and others, and is the correct one.

People have differed concerning the reason permitting the compulsion: whether it is virginity, the daughter being under-aged, or a combination of both. The correct opinion is that it is due to her being under-aged, whereas no one can compel a grown-up virgin in marriage. Abu Hurayrah, may Allah be pleased with him, reported that the Prophet

prohibited forcing a virgin in marriage without her permission, whether by her father or anyone else. Furthermore, `Aa'ishah, may Allah be pleased with her, related that she once asked the Prophet

: "In the case of a young girl whose parents marry her off, should her permission be sought or not?" He

replied: "Yes, she must give her permission." She then said: "But a virgin would be shy, O Messenger of Allah!" He

replied: "Her silence is [considered as] her permission." [Al-Bukhari, Muslim, & Others]

This applies to the father as well as others. Furthermore, Islam does not give the father the right to use any of his daughter's wealth without her permission, how then could he be allowed to decide, without her permission, how her body (which is more important than her wealth) is to be used, especially when she disagrees with that and is mature enough to decide for herself?

Also, there is evidence and consensus in Islam to restrict an underage person’s free control of his wealth or person. However, to make virginity a reason for the restriction contradicts that Islamic principle.

it is not a distinction between compulsion and non-compulsion; the difference between the two cases is that:

(b)              The virgin’s silence counts as permission. The reason for this is that a virgin would be shy to discuss the matter of marriage, so she is not proposed to directly; rather, her Wali (legal guardian) is approached, he takes her permission, and then she gives him the permission, not the command to marry her.

As for a non-virgin, she would not have the shyness of a virgin anymore; thus she can discuss the matter of her marriage. She can be proposed to, and she gives the command to her Wali to perform the marriage, and he must obey her.

As for compelling her to marry against her will, this would contradict Islamic Law. Allah, the Exalted, did not permit a Wali to force her to sell or render her property without her permission. Nor did He permit him to force her to eat or drink or wear that which she does not wish. How could he (the Wali) then oblige her to accompany and copulate with a person whose company she hates - at the time when Allah has inseminated love and mercy between the two spouses? If such company happens, despite her hatred and repulsion, where is the love and mercy?