Rulings on wiping over the socks for purification -III 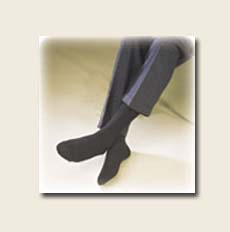 Question: What is your stance on the saying of Ibn 'Abbaas, may Allah be pleased with him: “The Messenger

did not wipe [over his Khuffs (leather socks)] after (the revelation) of Soorah (Quranic chapter) Al- Maa’idah” and that what is related from 'Ali may Allah be pleased with him preceded this revelation?

Answer: I am not sure if this narration is authentic. I have previously mentioned that 'Ali Ibn Abu Taalib, may Allah be pleased with him, was among those who narrated the Hadeeth (narration) of wiping after the death of the Messenger of Allah

. He explained that the Messenger

set its time limits, and this indicates that this ruling has been established to exist after the death of the Messenger of Allah

Question: Are the rulings for wiping the same for women as for men? Or is there a difference?

Question: What is the ruling of removing the sock, or part of it, to examine one's feet or to remove a small stone, for example?

Answer: If one puts his hands in his socks (without removing them) then there is no problem in this. If he removes only a small portion then this is alright, but if he removes the majority of the sock then wiping over them in the future becomes invalid.

Question: It has become common amongst the masses to wipe over the socks for the five daily prayers only, then after this they put them on another time (i.e. after washing their feet).

Answer: Yes, this has become common amongst the generality of the people who think that wiping for one day and night means that one wipes only for the five daily prayers, and this is not correct. Rather, the limitation of one day and night means that he can wipe for one day or night, whether it is for five prayers or more. The beginning of the period of wiping starts with the first wiping. So it is possible that the person prays ten (obligatory) prayers with this wiping, or even more. For if he were to make Wudhoo' (ablution) for Fajr on Tuesday, then put his Khuffs on, and his state of purity lasted until he slept on Tuesday night (with his Khuffs on), then he wakes up Wednesday morning for Fajr and wipes over his feet for the first time, then he can continue wiping till the Fajr of Thursday. Hence, in this case he has prayed the Fajr, Thuhr, 'Asr, Maghrib, and 'Ishaa' of Tuesday wearing his Khuffs, and none of these are counted in the period of wiping because they occurred before he wiped over his socks. Then he prayed the Fajr, Thuhr, 'Asr, Maghrib, and 'Ishaa' of Wednesday with wiping. It is even possible that he pray the prayers of Thursday in this manner. So, for example, say he wiped over his socks at 5am on Wednesday morning for Fajr, then he woke up for Fajr Thursday and made Wudhoo' at 4:45am, he can wipe over his socks again in this case. Then, if he were to remain in his state of purity until the 'Ishaa' of Thursday, then he can pray the five prayers of Thursday with that same wiping. Therefore, in this example he has prayed fifteen prayers (without removing his Khuffs).

Question: If a person were to make Wudhoo' and wipe over his Khuffs, then the period of wiping expires and he removes his socks before the 'Asr prayer, for example, can he pray that 'Asr prayer, with his prayer being acceptable, or does his Wudhoo' break upon removing the socks?

Answer: The strongest opinion from the sayings of the scholars, which was adopted by Shaykh Al-Islam Ibn Taymeeyyah and a group of scholars is that the Wudhoo' does not break with the removal of the Khuffs. So if he were to remove his Khuffs while he is in a state of purity in which he had wiped over his socks, then his Wudhoo' does not break. This is because he is in a complete state of purity as required by the dictates of the Sharee'ah (Islamic Law), and it is not possible to break this state of purity except with evidence from the Sharee'ah itself. There is no evidence which states that removing the Khuffs or socks that have been wiped over breaks the Wudhoo'. However, if he were to put the socks on again intending to wipe over them in the future, then this is not allowed as far as I know.