Taoism: the religion of magic and Yoga 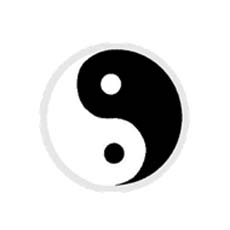 Taoism, or Daoism, is the Chinese philosophical and religious system, dating from about the 4th century BC. Taoism has, along with Confucianism, shaped Chinese life for more than 2,000 years. Taoist clergy flourished in until 1927, when the Chinese Communists ousted them. While the future of 'Taoist practice on the Chinese mainland remains in question, there has been in recent decades some renewed interest in the religion. Daoism was recognized as the official religion of for several brief periods and its influence has been second only to that of Confucianism.

The historians quote variant accounts, including one that Taoism is founded by Lao Zi, also known as Lao-tzu, supposedly a senior contemporary of Confucius (6th-5th century BC) and a curator of the archives at the court of the Chou dynasty (c. 1111-255 BC) and, finally, a mere mortal. The information on the life of this mysterious person is legendary and controversial. Somehow Lao-tzu became deified as a revealer of sacred texts and a savior. There are seven reported versions of a meeting between Lao-tzu and Confucius.

However, about the 2nd century AD, popular Daoist religious organizations concerned with faith healing began to appear. Subsequently, under the influence of Buddhism, Daoist religious groups adopted institutional monasticism and a concern for spiritual afterlife rather than bodily immortality. The basic organization of these groups was the local parish, which supported a Daoist priest with its contributions. Various Daoist sects eventually developed, and in 1019 the leader of one of these was given an extensive tract of land in () Province.

Of the two early-organized Taoist communities, the religio-political movement known as the "Way of the Great Peace" was destroyed as a threat to the Han dynasty in 184 AD. A more important and enduring tradition was that of the "Way of the Celestial Masters," founded by Chang Tao-ling in 142 AD. Two late 4th-century movements were also very important: (1) the Shang-ch'ing (Supreme Purity) Mao Shan sect, and (2) the Ling Pao (Sacred Jewel) scriptural tradition. During the T'ang dynasty (618-907), Taoism received special favour at court and was characterized by doctrinal and liturgical syntheses.

The essential Daoist philosophical and mystical beliefs can be found in the Daode Jing (Tao-te Ching - Classic of the Way and Its Power), a composite text dating from about the 3rd century BC and attributed to the Laozi (Lao-tzu), and in the Zhuangzi (Chuang-tzu), a book of parables and allegories also dating from the 3rd century BC but attributed to the philosopher Zhuangzi. Tao-te Ching is the text central to all expressions of the Taoist spirit. There is an abundant testimony to the vast influence exercised by the sacred book (the 'Tao'-te Ching) since the earliest times and in surprisingly varied social contexts.

Among the classics of speculative Taoism, it alone holds the distinction of having become a scripture of the esoteric Taoist movements, which developed their own interpretations of its ambiguities and transmitted it as a sacred text. The same book contains many of the Master's (Lao-tzu's) discourses, generally introduced by the questions of a disciple.

The Tao-te Ching was meant as a handbook for the ruler. He should be a sage whose actions pass so unnoticed that his very existence remains unknown. He imposes no restrictions or prohibitions on his subjects. He does not teach them discrimination, virtue, or ambition because "when intellect emerges, the great artifices begin. When discord is rife in families, 'dutiful sons' appear. When the State falls into anarchy, 'loyal subjects' appear." Thus, it is better to banish wisdom, righteousness, and ingenuity, and the people will benefit a hundredfold.

Daoism maintained that the individual should ignore the dictates of society and seek only to conform to the underlying pattern of the universe, the Dao (or Tao, meaning "way"), which can neither be described in words nor conceived in thought. To be in accord with Dao, one has to "do nothing" (wuwei)-that is, nothing strained, artificial, or unnatural. Through spontaneous compliance with the impulses of one's own essential nature and by emptying oneself of all doctrines and knowledge, one achieves unity with the Dao and derives from it a mystical power. This power enables one to transcend all mundane distinctions, even the distinction of life and death. At the sociopolitical level, the Daoists called for a return to primitive agrarian life. Unlike Confucius, who sought harmony in the ordering of social life, Lao Zi located life's ultimate principle in nature.

Taoism encompasses both a philosophical tradition (Tao-chia) associated with the 'Tao'-te Ching (Lao-tzu), Chuang-tzu, Lieh-tzu, and other texts, and a Taoist religious tradition (Tao-chiao) with organized doctrine, formalized cultic activity, and institutional leadership. Philosophical Taoism is rational, contemplative, and non-sectarian, and it accepts death as a natural returning to the Tao. The themes and texts of philosophical 'Tao'ism became established during the Warring States period (481-221 BC). War is condemned but not entirely excluded: "Arms are ill-omened instruments," and the sage uses them only when he cannot do otherwise. He does not glory in victory; "he that has conquered in battle is received with rites of mourning."

Religious Taoism is magical, cultic, esoteric, and sectarian, and it emphasizes health and healing as ways to gain long life or even immortality. T'ai chi and the medical practice of Quigong are modern manifestations of Taoism.

Taoism takes its name from the word "Tao" ("the Way"), the ancient Chinese name for the ordering principle that makes cosmic harmony possible. Not a transcendent ultimate, the Tao is found in the world (especially in nature) and can be encountered directly through mystical experience. It is the ultimate reality as well as the proper natural way of life humans must follow. Taoism prizes the non-action and inwardness.

The cardinal concept is that the ''Tao'' is the ineffable, eternal and creative reality that is the source and end of all things. ''Tao'' is the Absolute, the "Uncarved Block" experienced only in mystical ecstasy. 'Te' is the manifestation of the 'Tao' within all things. Thus, to possess the fullness of 'te' means to be in perfect harmony with one's original nature.

The universe has its 'Tao'; there is a 'Tao' of the sovereign, his royal mode of being, while the 'Tao' of man comprises continuity through procreation. Each of the schools, too, had its own 'Tao', its way or doctrine. But in the 'Tao-te' Ching, the ultimate unity of the universal 'Tao' itself is being proposed as a social ideal. It is this idealistic peculiarity that seems to justify later historians and bibliographers in their assignment of the term 'Taoist' to the 'Tao-te' Ching and its successors.

Techniques for achieving immortality included dietary regimens, breath control and meditation, sexual disciplines, alchemy, the use of magical talismans, and the search for the fabled Isle of Bliss. Dietary concerns focused on necessary nourishment while abstaining from foods, which benefited the "three worms" in the body (which caused disease, old age, and death). In meditation, the 'Taoist' adept visualized the thousands of gods that inhabited the human body (microcosm) as they inhabited the universe (macrocosm).

Through breath control and the movement of breath throughout the fields of the body, the individual both approached immortality in this life and achieved it finally through the nourishment of a mysterious "embryonic body," which became the immortal self after death. By avoiding ejaculation during the sexual act, it was believed that semen could be mixed with breath to further nourish the embryonic body or be forced back through the spinal passage to repair the brain.

The ancient Taoist mystics, and their ecstasies, for example, were closely related to the trances and spirit journeys of the early magicians and shamans (religious personages with healing and psychic transformation powers).

'Taoism' and Other Religions

Taoist and Confucian traditions share many of the same ideas about man, society, the ruler, Heaven, and the universe--ideas that were not created by either school but that stem from a tradition prior to either Confucius or Lao-tzu.

Taoist thought permeates Chinese culture serving as a link between the Confucian tradition and folk tradition. In contemporary religious Daoism has tended to merge with popular Buddhism and other religions. Daoism exerted its greatest influence on Chinese hygiene and aesthetics. Daoism also developed on a popular level as a cult in which immortality was sought through magic and the use of various elixirs.

In the case of Buddhism--a third tradition that influenced --fundamental concepts such as the nonexistence of the individual ego and the illusory nature of the physical world are diametrically opposed to Taoism. In terms of overt individual and collective practices, however, competition between these two religions for influence among the people-a competition in which Confucianism had no need to participate because it had state patronage--resulted in mutual borrowings, numerous superficial similarities, and essentially Chinese developments inside Buddhism, such as the Ch'an (Japanese Zen) sect. In folk religion, since Sung times (960-1279), Taoist and Buddhist elements have coexisted without clear distinctions in the minds of the worshippers.