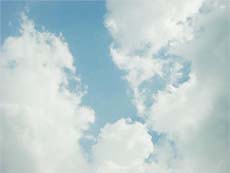 Almighty Allah tells us in the Noble Quran that some of the jinn said (what means): "And among us are Muslims [in submission to Allah], and among us are the unjust. And whoever has become Muslim — those have sought out the right course. But as for the unjust, they will be, for Hell, firewood.’" [Quran 72:14-15]

The Muslims among the jinn are of different levels as regards righteousness and piety. Allah Says (what means): "And among us are the righteous, and among us are [others] not so; we were [of] divided ways." [Quran 72:11]

The story of the first jinn who became Muslim was narrated by 'Abdullaah Ibn 'Abbaas, may Allah be pleased with him, who said: "The Prophet

in (a place called) Nakhlah, when he was on his way to 'Ukaath, and found him leading his Companions in Fajr (dawn) prayer. When they heard the Quran, they listened to it and said, 'By Allah, this is what is stopping us from hearing news from heaven.' When they went back to their people, they said as Allah tells us in the Quran (what means): "Indeed, we have heard an amazing Quran [i.e. recitation]. It guides to the right course, and we have believed in it. And we will never associate with our Lord anyone." [Quran 72:1-2]

Then Allah revealed to His Prophet

the verse (which means): "Say, [O Muhammad], “It has been revealed to me that a group of the jinn listened and said, “Indeed, we have heard an amazing Quran..." [Al-Bukhari]

Their reckoning on the Day of Resurrection

The jinn will be called to account on the day of Resurrection. Mujaahid, may Allah have mercy on him, said, concerning the verse (which means): "…but the jinn have already known that they [who made such claims] will be brought [to punishment]." [Quran 37:158]

"They will be brought to judgement." [Al-Bukhari]

Protection from the harm of the jinn

Because the jinn can see us while we cannot see them, the Prophet

taught us many ways to protect ourselves from their harm, such as seeking refuge with Allah from the accursed Shaytaan (Satan), reciting chapters Al-Falaq and An-Naas (the last two chapters of the Quran), and reciting the words taught by Allah in the Quran (which mean): "And say, “My Lord, I seek refuge in You from the incitements of the devils. And I seek refuge in You, my Lord, lest they be present with me." [Quran 23:97-98]

Saying Bismillaah (in the Name of Allah) before entering one's home, before eating or drinking, and before having intercourse with one's spouse will also keep the devil from entering the house or partaking with a person in his food, drink and sexual activity.

Similarly, mentioning the name of Allah before entering the toilet or taking off one's clothes will prevent the jinn from seeing a person's private parts or harming him, as the Prophet

said: "To put a barrier that will prevent the jinn from seeing the 'Awrah (parts of the body that must be covered in Islam) of the Children of Aadam, let any one of you say 'Bismillaah' when entering the toilet." [At-Tirmithi]

Strength of faith and religion in general will also prevent the jinn from harming a person, so much so that if they were to fight, the one who has faith would win. 'Abdullaah Ibn Mas'ood, may Allah be pleased with him, said: "A man from among the Companions of Muhammad

met a male jinn. They wrestled, and the man knocked down the jinn. The man said to him, 'You look small and skinny to me, and your forearms look like the front paws of a dog. Do all the jinn look like this, or only you?' He said, 'No, by Allah, among them I am strong, but let us wrestle again, and if you defeat me I will teach you something that will do you good.' The man said, 'Fine.' He (the jinn) said, 'Recite (the verse, which means): "Allah- there is no deity except Him, the Ever- Living, the Sustainer of [all] existence …" [Quran 2: 255]

The man said, 'Fine.' He said, 'You will never recite this in your house but the Satan will come out of it like a donkey breaking wind, and he will never come back in until the next morning.'" [Ad-Daarimi]