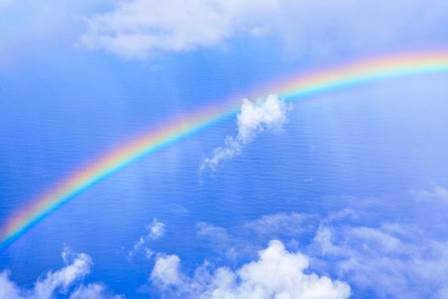 Infallibility is a must for Prophets as Models

himself, who conveyed it to people, should be absolutely pure. Otherwise, that Divine light, the Revelation, would have been extinguished or dimmed, or that ‘pure water’ polluted.

Every falling off is an impurity, a dark spot, in the heart. Like Jibreel, the heart or soul of the Prophet

is like a ‘polished mirror’ through which the Divine Revelation is reflected to people, or a ‘cup’ from which people quench their thirst for that pure ‘Divine water’. Any black spot on the mirror would absorb a ray of that light; a single drop of mud would be enough to make the water unclear. This would mean that the Prophets, may Allah exalt their mention, did not - Allah forbid such a thought! - convey the whole of Allah’s Divine Message. Whereas, in truth, they, may Allah exalt their mention, performed their duty perfectly and left nothing of the Message unconveyed. This is clear from the following Quranic verses (which mean): "O Messenger, announce that which has been revealed to you from your Lord, and if you do not, then you have not conveyed His message. And Allah will protect you from the people. Indeed, Allah does not guide the disbelieving people." [Quran 5:67]

Another verse Says (what means): "This day I have perfected for you your religion and completed My favor upon you and have approved for you Islam as religion." [Quran 5:3]

Despite his utmost care not to do anything contrary to Islam and not even to say a single word which is not sanctioned by Allah, if a Prophet were to utter an untrue word, he would repent for a lifetime, or even longer. It is narrated that the Prophet Ibraheem (Abraham)

will direct to Moosa (Moses)

those who will appeal to him to intercede for them on the Day of Judgment, saying he cannot as he spoke allusively three times in his life. [Muslim]

Although it is not a sin to make an ‘indirect’ reference to the truth when it is more appropriate rather than being direct, Prophet Ibraheem’s

repentance of his three allusions will continue in the Hereafter.

without exception, and emphasizes that it is not fitting for a believer, man or woman, when a matter has been decided by Allah and His Messenger

to have any option about their decision. [Quran 33:36]

It also warns believers that when Allah and His Messenger have given a judgment they should only say: "We hear and we obey." [Quran 24:51]. Absolute obedience to a Prophet means that the Prophet is right in all his commands and prohibitions.

Prophethood is so great a favor that all the Prophets, may Allah exalt their mention, bore unbearable pains in fulfilling the duty of thanksgiving and were always worried about not having worshipped Allah sufficiently. Prophet Muhammad

often implored Almighty Allah using the following words: "Glory be to You, we have not been able to know You as Your knowledge requires, O Known One.

Glory be to You, we have not been able to worship You as Your worship requires, O Worshipped One."

The Quranic verses which are sometimes mistakenly understood to reprimand certain Prophets for some faults of theirs, or to mean the Prophets sought Allah’s forgiveness for some sin of theirs, should be considered from this point of view. Besides, Allah’s forgiveness does not always mean that a sin has been committed. The Quranic words of ‘afw - ‘pardon’, and maghfirah - ‘forgiveness’ also mean ‘special favor and kindness and Divine dispensation in respect to the lightening or the overlooking of a religious duty’, as in the following verses (which mean):

"But whoever is forced by severe hunger with no inclination to sin — then indeed, Allah is Forgiving and Merciful." [Quran 5:3]

"If... you find no water, then seek clean earth and wipe over your faces and your hands [with it]. Indeed, Allah is ever Pardoning and Forgiving." [Quran 4:43]

Sins and pardon have different degrees:

·        Sins committed by not obeying the religious commandments, and the forgiveness thereof;

·        Sins committed by disobeying Allah’s laws of creation and life, and the forgiveness thereof;

·        Sins in respect of behaving against the rules of good manners or courtesy, and the forgiveness thereof.

A fourth type which is not a sin, is doing something good but not the best, a failure in doing perfectly what is required by the love of, and nearness to, Allah. This is what some of the Prophets may have done, so it is not a sin in our normal usage of the word for something deserving of Divine punishment.

Infallibility of the Prophets -II