Associating partners with Allah (Shirk) -I 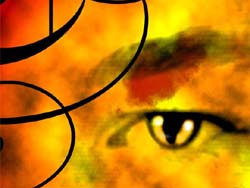 One of the most important things Muslims must know and pay attention to is the issue of Shirk (Associating partners with Allah in worship), its seriousness and its different types, so that our Tawheed (belief in the Oneness of Allah) and our Islam may be complete, and our faith may be sound.

The word Shirk in Arabic means taking a partner, i.e., regarding someone as the partner of another. It is used in Arabic when one wishes to express that he regards two people as equal in status; or that two people are involved in it.

In terms of Sharee'ha or Islamic terminology, Shirk means ascribing a partner or rival to Allah in Lordship (Ruboobiyyah), worship (Uloohiyyah) or in His Names and Attributes.

A rival is a peer or counterpart. Hence Allah forbids setting up rivals with Him and He condemns those who take them (rivals) as gods instead of or besides Allah in many verses of the Quran. Allah Says (what means): “Then do not set up rivals to Allah (in worship) while you know (that He Alone has the right to be worshipped).” [Quran 2:222]

And (what means): “And they set up rivals to Allah, to mislead (people) from His path! Say (O Muhammad, to the polytheists): ‘Enjoy (your brief life)! But certainly, your destination is the Fire!’” [Quran 14:30]

The types of Shirk:

The texts of the Quran and Sunnah (narrations of the Prophets sallallaahu alahyi wa sallam) indicate that Shirk sometimes puts a person beyond the pale of Islam and sometimes does not. Hence, the scholars divided Shirk into two types: major Shirk and minor Shirk. Following is a brief description of each type:

This means ascribing to someone other than Allah something that belongs only to Allah, such as Lordship (Ruboobiyyah), Worship (Uloohiyyah) and the Divine Names or Attributes (Al-Asmaa’ Was-Sifaat).

This kind of Shirk may sometimes be outwardly, such as the Shirk of those who worship idols and graves, or the dead or even living people. Other times, it may be hidden, such as those who put their trust in other than Allah, or the Shirk of the hypocrites. For even though  their (hypocrites’) Shirk puts them beyond the pale of Islam and means that they will abide  forever in Hell, it is a hidden Shirk, because they make an outward display of Islam and conceal their disbelief and Shirk, so they are inwardly Polytheists but not outwardly.

Shirk in the form of beliefs, such as:

- The belief that there is someone else who creates, gives life and death, reigns or controls the affairs of the universe along with Allah.

- The belief that there is someone else who must be obeyed absolutely besides Allah.

- Associating others with Allah in love and veneration, by loving a created being as loving Allah. This is the kind of Shirk that Allah does not forgive, and it is the Shirk about which Allah Says (what means):

“And of mankind are some who take (for worship) others besides Allah as rivals. They love them as they love Allah.” [Quran 2:165]

- The belief that there are those who know the Unseen that only Allah Knows. This is very common among some of the deviant sects.

- The belief that there is someone who bestows mercy in a manner that is befitting only for Allah, so he shows mercy as Allah does and forgives sins and overlooks the bad deeds of his 'worshippers'.

Shirk in the form of words:

Such as those who supplicate to someone other than Allah, or seek his help or seek refuge with him with regard to matters over which no one has control except Allah, whether the person called upon is a Prophet, a Wali (righteous person), an angel or a jinn, or some other created being. This is a kind of major Shirk which puts one beyond the pale of Islam.

Also, those who make fun of religion or who liken Allah to His creation, or say that there is another creator, provider or controller besides Allah are included in this type of Shirk. All of these fall under major Shirk and are grave sins that are not forgiven.

Shirk in the form of actions:

Such as one who sacrifices, prays or prostrates to something other than Allah, or who promulgates laws to replace the rulings of Allah and makes such laws the reference which people are obliged to refer to for judgement; or one who supports the disbelievers and helps them against the believers, and other acts that go against the basic meaning of faith and put the one who does them beyond the pale of Islam.