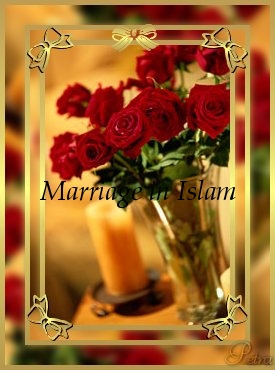 The swank of Waleemah festivities today has become more of an attempt to out-spend one another rather than a gathering to offer gratitude to Allah.

The following is a scenario of a Waleemah for a Muslim couple who recently entered the martial bond. Read through this situation and see if you can pick out anything that may not be acceptable from an Islamic perspective.

Abdullaah and Maysoona are a very happy couple due to their marriage and beginning a new life together. They are planning their Waleemah and are excited about the event. They are having a lavish dinner with all the trimmings at a fancy hotel, spending close to 20,000 US dollars. Fifty sheep have been slaughtered and there will be rice, fruits, sweets, gifts, etc. for all of the guests. 500 of their relatives and friends will be in attendance, all of them from wealthy families. A musical band will be performing and the men and women will have ample opportunity to sing alone and dance on the dance floor provided. It is such a joyous event… or, is it?  This event does not seem so unusual and, in fact, it has become a rather common occurrence in Muslim communities worldwide.

Unfortunately, as we look at the matter, we realize that much of what is taking place here is un-Islamic and displeasing to Allah, Almighty. With an ideal opportunity to thank Allah and be grateful for His blessings, Muslims instead are ignoring the guidelines set by Allah and incurring His wrath. The following are some important points to consider regarding the Waleemah.

Allah warns the believers many times in the Quran not to be extravagant. He, Almighty, Says (what means): “And [they are] those who, when they spend, do so not excessively or sparingly but are ever, between that, [justly] moderate.”  [Quran 25: 67] He, Almighty, also Says (what means): “O children of Adam, take your adornment [i.e., wear your clothing] at every mosque, and eat and drink, but be not excessive. Indeed, He likes not those who commit excess.” [Quran 7: 31]

There are many Prophetic narrations that also encourage moderation and warn against extravagance. People may assume that such a joyful occasion as a wedding would be an exception to this rule, but this is not the case. Islam applies to all areas of life and, therefore, should be adhered to. Muslims are actually competing with each other in the amount of spending and often, there is a significant amount of waste. Young men are avoiding marriage because they cannot afford the expenses involved in both the large dowries and the lavish wedding parties. All of this is very unacceptable, especially since we know the importance of marriage in Islam. We should all be heedful of this aspect since we are all inclined to enjoy the fancy and elegant items of this life.

said: "The worst food is the food of a wedding feast to which the rich are invited and the poor are left out. If anyone rejects an invitation, he has rebelled against Allah and His Messenger.”  [Muslim, Ibn Maajah and At-Tabaraani]

Ibn Mas’ood, may Allah be pleased with him, also said: “If only the rich are invited and the poor are left out, we have been ordered not to respond to such an invitation.”

An attempt should be made to invite both wealthy and poor people, and some of the food should be given to the poor as a way of thanking Allah, Almighty, for His blessings. This is something that is easily forgotten, but is significant in its meaning and intention.

Stick to the limits of Allah:

The limits of Allah are set and clear. In relation to the Waleemah, it is completely unacceptable to have a party in which there is open mixing of men and women, dancing and singing together or lack of Hijab, music etc. This leads to all types of evil and temptation and is an imitation of the non-Muslims. It is permissible, however, to have the women and young girls sing and beat ONLY upon the Duff (tambourine) as part of the wedding feast. The Messenger of Allah

said: “Proclaim the marriage, solemnize it in the mosque, and beat the Duff upon its occasion (for women).” [At-Tirmithi and Ibn Hibbaan]  'Aa'ishah, may Allah be pleased with her, reported that a woman was given in marriage to a man of the Ansaar (supporters of the Prophet

said: “O ‘Aa’ishah, was there no entertainment? The Ansaar are (people who) enjoy entertainment.” [Al-Bukhari]  In another narration, the text indicates that the Prophet

said to 'Aa’ishah: “Did you send a young girl with the bride to beat upon the Duff and to sing?” 'Aa'ishah, may Allah be pleased with her, replied, ‘What should she say in her song?’ He

It should be mentioned that singing and playing upon the Duff is only reserved for women and young girls and is not meant for the men. Ibn Taymiyyah

said regarding this matter: “The Prophet

allowed certain forms of amusement at the wedding festivity and similar occasions, just as he permitted women to beat upon the Duff during wedding celebrations. During the Prophet’s

era, none of the men used to beat upon the Duff or clap his hands. Rather, it has been authentically related that the Prophet

said: “Clapping is for women…” [Al-Bukhari] He

It is also important to mention that it is forbidden to have music accompanied with singing, since musical instruments are prohibited in Islam.

A Waleemah should be a time of happiness and celebration, but it is also important to remember that true happiness only comes through submission and obedience to Allah and His commandments. This is particularly important for such an event as a wedding feast, since it is a social event and an event that celebrates the beginnings of a family. The practices that are carried out at one time and place may spread to other times and places and also from generation to generation. Unfortunately, in our day and age, many of these customs have deviated from the path of Islam. Muslims need to ignore personal desires and in place, return to the honorable guidelines given in the Quran and the Sunnah. Sisters can take the lead in this with regard to the Waleemah since they often possess strong influence in the decision making and planning of it.

By taking hold of the steering wheel and veering towards Islamic practices you are choosing the right road to travel; and it will not only be a wonderful start of your new life as a wife and later on (Allah willing) as a mother, but you will also be benefiting the Muslim nation as a whole by your example.

Your Waleemah is the celebration of your new life and a new journey for you and your spouse – take the time to map out your life course with the direction of Islam and you will never have to stop and ask for directions.