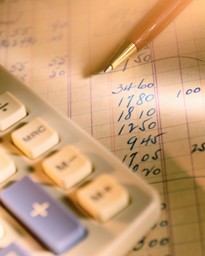 Before a Muslim woman seeks employment, she must carefully weigh all of her options and prepare herself for inevitable challenges.

Every day, many Muslim women cope with the challenge of working in a non-Muslim environment: a male employee offers his hand during introductions, other employees begin to discuss private aspects of their lives at lunch, an invitation is sent to all employees for a get-together at the nearby restaurant, party hall or a local bar; someone makes a joke about Hijab or Salah (Prayer). These are just a few of the many possible situations that a woman may face as she struggles to maintain not only her job, but, more importantly, her Muslim identity.

All women who have been exposed to the workplace at some point in their lives can fully grasp the myriad of reasons why working outside the home is an enormous problem, in particular for Muslim women. There are countless contrasts in the workplace to our Islamic value system.

There are valid reasons why laws were enacted for sexual harassment in the workplace in the United States, and that is because it happens, and often. Moreover, women should be aware that the laws can only do very little to discourage it, after that you are on your own.

What is the Islamic perspective in women and work? What guidelines should be followed if a woman works?  What are some strategies that may be effective in helping her to maintain Islamic values and behavior?

The most important role for a woman is motherhood.  This special role that Allah, Almighty, has created for her, affords her honor and respect in Islam.  Where does she fulfill this role?  Naturally, in her home.  Allah, Almighty, Says (what means): “And abide in your houses and do not display yourselves as [was] the display of the former times of ignorance…” [Quran 33: 33]

This does not mean that a woman is a prisoner in her home, but only that she should have a valid reason (meeting her basic needs) to go out, to avoid any tribulation, trial, or temptation that may result from mixing between men and women.

A woman should not work in a non-Muslim environment unless there is an extremelly compelling reason for her to do so. Allah, Almighty, has not prohibited women from working, but He has provided numerous protections for women, that are primarily concerned with where, how, and with whom she associates. She should seriously consider the costs and benefits for herself, and the impact on her ability to fulfill her primary responsibilities, before taking on a job. There are many situations that may make it necessary for a woman to work, such as to meet the financial needs of the family or to fulfill the needs of the society (doctors, midwives, teachers).

There are several obvious guidelines that should be followed if a woman must work:

First, she must obtain consent from her guardian or husband (if married), who may offer a broader perspective on how her work may influence the family and its functioning.

Secondly, a woman must ensure that her home and children are properly cared for. Her husband may be of assistance in this area, or outside help may be employed.

Thirdly, care must be taken to choose employment that is appropriate and fits with her skills. Obviously, any work that deals with forbidden activities, services, or products would not be allowed but there is a world of possibilities available.

Forthly, any job that prevents her from fulfilling any of her Islamic obligations, such as Islamic dress code (like Hijab et.,) or Prayer, is not an option to be considered.

Fifthly, while at the job, a woman must maintain her inwardly and outwardly modesty and chastity.

There is an immense and growing need for Muslim women in various medical fields, in education, in helping professions such as social work, counseling, psychology, psychiatry, and childcare. With the growth of technology and communications capabilities, there are unlimited opportunities for women to do some type of work or business from home (such as secretarial and typing; writing, editing, publishing; computer work, etc.).  This would be an ideal situation that would eliminate many of the concerns that may arise for working women.

This common concern for women who work outside the home must be taken very seriously. Women need to be careful that the job they choose does not lead them to transgress the limits of Islam.

Fedwa is a successful computer programmer at a major University who understands the risks of working in a non-Muslim environment. She knows that if she is not cautious, others may begin to negatively influence her. When she first began working, she would attend luncheons with other employees, but soon discovered that much of the time was spent on idle talk and conversation about forbidden activities (e.g. boyfriends, drinking). She decided that the best precaution for her would be to avoid these luncheons completely, so that a bond would not be established between herself and her co-workers. This type of influence could be so subtle, that a sister may not even be aware that she has fallen into the trap.  Listening to inappropriate conversations on a regular basis may lead a sister to become desensitized and thereby forgetful about appropriate etiquette.

Another sister, Layla, echoed the same concerns. Layla is a Dental Claims Clerk at a major HMO who also decided to stop sitting with her co-workers during lunch. She and three other Muslim sisters at the same company have devised a creative way to preserve their identity while socializing at the same time. Each Friday, the sisters pray Thuhr (noon prayer) together in a conference room, followed by lunch.  During lunchtime, they study about Islam in a private halqah (Islamic study circle).

Layla also discussed her struggle with wearing Hijab. When she first became Muslim, she considered not wearing Hijab to job interviews for fear that potential employers would react negatively, preventing her from being considered. This rationale carries a strong message. After more consideration, she realized that Allah would be the only One Who could assist her in finding a job, and if she did not wear it, she would not receive Allah’s help. She wore the Hijab and found a job.  She felt that the Hijab was a barrier in only one of her interviews. Since that time, Allah, Almighty, has strengthened her faith. Her advice to other Muslim sisters is to be open and honest about religious beliefs and practices, and to incorporate this into conversations.