Daughters in Islam - I 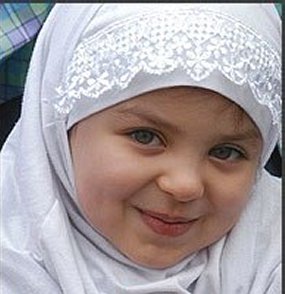 We notice in the above verse that the mention of daughters preceded that of sons, and the scholars

commented on this saying: “This is to hearten daughters and encourage kindness towards them, because many fathers feel burdened by receiving a daughter. The common practice of the people during the pre-Islamic era was to hate receiving daughters, to the extent that they would bury them alive; therefore, it is as if Allah is saying to people: ‘This inferior child in your estimation takes precedence in My scale.' He also mentions daughters first to indicate their weakness, and that they are therefore more deserving of care and attention.”

Such honouring of daughters is the complete opposite of how people were accustomed to dealing with females in the pre-Islamic era, when they would degrade women and consider them a part of their wealth, and if news of a baby girl would come to any of them, it would be as if he was hit by a thunderstorm; Allah Says (what means): {And when one of them is informed of [the birth of] a female, his face becomes dark, and he suppresses grief. He hides himself from the people because of the ill of which he has been informed. Should he keep it in humiliation or bury it in the ground? Unquestionably, evil is what they decide.} [Quran 16:58-59]

It is said that some enemies of Qays ibn ‘Aasim At-Tameemi, who was a pre-Islamic Arab, attacked his premises and captured his daughter. Later, one of these enemies married her. After some time, the clan of Qays and that of his enemies reconciled, so they gave this daughter of the freedom to go back to her father or remain with her husband, and she preferred to stay with her husband. At that point, Qays took a pledge upon himself to bury alive any new daughter that he would receive, and the Arabs imitated him after that. It was, therefore, this man who introduced this evil practice, and thus he will shoulder his own sin as well as the sin of all those who did it thereafter.

who had killed his daughter in the era that preceded Islam narrated his story: "We would worship idols in the pre-Islamic era and kill our daughters. I had a daughter, who, when she was old enough to comprehend and talk, would rejoice whenever she saw me and would immediately respond. One day, I called her and told her to follow me, so she did, until we reached a well that belonged to my tribe. I then took her by her hand and threw her in the well, and the last thing I heard her cry was: ‘O father! O father!'" [Ad-Daarimi]

During the era that preceded Islam, there were two methods that people used to kill their daughters:

There were some men among these people who would forbid such acts, such as Sa’sa’ah ibn Naajiyah At-Tameemi, who would go to those attempting to kill their daughter offering money to ransom their lives.

There are people nowadays who share these same pre-Islamic beliefs; if they are granted only girls, which is of course something decreed only by Allah, they become angry, discontent and grieved.

With the advent of Islam, the darkness of that era vanished and Allah enjoined kindness, love and compassion towards girls. Taking good care of girls was encouraged, as was giving them special attention in the process of their upbringing. In fact, Islam has designated a special reward for raising them that is not granted for raising sons. Anas

said: "He who raises two daughters until their puberty will be with me in Paradise like this", and he symbolized the proximity by showing two of his fingers with a slight gap between them." [Muslim]

related: "A woman by the name of Jameelah came to me with her two daughters. She asked me for charity but found nothing with me except a date, which I gave her. She divided it between her two daughters and ate nothing herself; then, she got up and left. After this, the Messenger of Allah

came, so I narrated this story to him; he

said: “He who is involved (in the responsibility) of (nurturing) daughters and is generous to them, will have them as a fortification for himself against the Hellfire.” [Al-Bukhari and Muslim] In another narration of this incident, `Aa’ishah

related: "A poor woman came to me with her two daughters. I gave her three dates; she gave each of them a date and was about to eat the third one when one of her daughters asked her for it, so she divided it between her two daughters and ate nothing herself, and I liked what she did. After this, the Messenger of Allah

came, so I told him what she did, and he

said: 'Allah obligated Paradise for her due to this date, and (also) freed her from Hell.'" [Muslim]

Pay close attention to wording of the following narration: The Prophet

said: “He who is tested by (the guardianship) of daughters….” Why did he

use the word: “…tested…”? He said it because raising them is a responsibility and a test from Allah to see how His slave would act: Will he be kind to them? Will he raise them correctly?

The nature of this responsibility was further clarified in other narrations, such as: “If he patiently feeds them and endows them with clothing …" [Ibn Maajah], and: “…Provides for them and marries them off…” [At-Tabaraani], and: “…Properly raises them and fears Allah in the manner in which he deals with them.” [At-Tirmithi]

This is what is required when dealing with daughters: kindness, which results in Paradise, as the Prophet

A daughter is a great bounty and an honour granted by Allah, Imam Al-Hasan

said: “Girls are a source of reward and sons are a blessing; rewards are in one's favour (on the Day of Judgement) whereas one will be held accountable for blessings.”

Thus, it is incorrect to believe that one has been humiliated by being granted a girl; rather it is an honour, a bounty and a gate towards Paradise. Daughters are a great responsibility to rear, and entail greater expenditure, and this is why the reward for raising them correctly is greater than that for a son.

Once, one of the leaders of the believers was receiving people when a small daughter of his entered the room, so he kissed her; a Bedouin was also in attendance and saw this, so he mentioned daughters in a very evil manner. A wise man who was also present witnessed all of this and therefore said: "O leader of the believers! Do not listen to him. I swear by Allah, that it is they (i.e., girls) who stay up to care for the sick in the family, who show mercy towards the elders, and who stand next to men during hardships."

How many girls have been far more merciful and beneficial to their parents than their brothers? How many times has a son been a source of grief for his parents, to the point that they wished he was never born?

Why do we raise this topic now? It is due to the vicious attacks on the Muslims under the pretext of defending 'women’s rights' which is in reality an evil attempt to play on the emotions of women so that they will become rebellious towards their fathers and husbands, and to encourage them to leave their homes and demand their 'freedom'. This is a gate towards evil and immorality which gradually attracts women and then traps them in prohibitions. One cause of girls falling into this is people neglecting their daughters and undermining their rights, which makes them easily fall into the traps of the hypocritical writers and columnists, male and female, who wish to see corruption prevail.

It is enough of an honour for girls that the Prophets, may Allah exalt their mention, had daughters and that most of the children of our beloved Prophet