Free your heart from spite -I 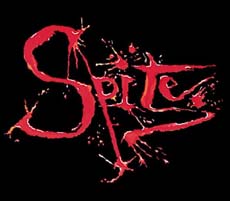 The importance of freeing the heart from spite:

Slaves of Allah! Islam encourages making reconciliation between people in order to maintain good relations amongst the Muslims, to spread love and to keep the hearts of Muslims free from spite. Allah Says (what means): “So fear Allah and amend that which is between you” [Quran 8:1]. Additionally, Islam ordains all that which spreads mutual love and frees the hearts from spite, as in the narration of Abu Hurayrah

who reported that the Prophet

was asked: “Who are the best type of people?” He

replied: “A person who is truthful in his speech and Makhmoom in his heart” People asked: “We know what is truthful speech, but what is a Makhmoom heart?” The Prophet

responded saying: “It is a pure pious heart that does not have envy, evil or spite.” [Ibn Majah]

Spite has greatly increased amongst people today, resulting in the severing of relations and in people holding grudges against each other. This is in spite of the fact that Allah has made legislations, which would prevent this from happening. For example, a Muslim is allowed to request a fellow Muslim who wants to visit him to return at a later time. In normal situations, people would not appreciate someone not allowing them entry when they visit them, but since Allah The All-Knowing, Knows that people might have certain circumstances that would not allow them to receive visitors, He legislated this to protect people’s hearts from holding grudges due to this. Allah Says (what means): “And if it is said to you, “Go back (Or a similar expression showing that the occupants are not prepared to receive visitors)” then go back; it is purer for you” [Quran 24: 28]. This is a way to condole the person who was not granted permission to enter, lest he feels insulted or saddened, and a means to protect the hearts from spite. This is why some of the Salaf

(the predecessor Muslims who lived in the first three genarations) used to be happy when they went visiting someone and were not permitted in, because they sought the consequence of returning mentioned in the above verse - which is the promise of becoming purer (i.e. in their hearts).

Having pure hearts that are free from spite is a bounty and a blessing from Allah which He grants to the dwellers of upon their entry into it. Allah Says (what means): “And We will remove whatever is in their chests of resentment (i.e. ill will or ill feelings towards one another), [so they will be] brothers, on thrones facing each other.” [Quran 15: 47]

In addition to a pure heart being a blessing and a bounty from Allah, it is also a source of comfort.  This is why Islam puts great emphasis on purification of the heart from spite, so that people can live together in peace and harmony.

The great importance attached to this issue is because it is a difficult state to achieve all the time. A person may have a strong will which enables him to wake up in the middle of the night to offer optional night prayers, but he may not be strong enough to overcome some of his bad feelings towards his fellow Muslims.

Undoubtedly, this quality is a praiseworthy one indeed; Allah praised the Ansar (the followers of Prophet

from Madeenah) for possessing such a quality saying  (which means): “They [i.e. the Ansar] find not any [ill] feelings in their chests [i.e. hearts] of what they were given [i.e. the Muhajireen - emigrants from Makkah] but give [them] preference over themselves, even though they are in privation.” [Quran 59:9] When Allah favored the Muhajireen with certain things, the Ansar did not feel any objection to this, nor did they harbor any ill feelings or envy towards their brothers in faith for being distinguished with these favors. Instead, they favored them over their own selves with whatever they had, even if they themselves were in need of what they offered.

The following great story reflects the rank of possessing a pure heart that is free from spite, and that it is a blessing from Allah. Anas Ibn Malik

narrated: “We were sitting with the Prophet

said: “A man from the dwellers of Paradise will walk in now” so a man from the Ansar walked in whose beard was dripping from the effect of ablution and who held his slippers with his left hand. The next day the Prophet

said the same thing, and the same man walked in. On the third day, the Prophet

said the same thing, and the same man once again walked in. When the Prophet

left the gathering, ‘Abdullah Ibn ‘Amr followed that man and said to him: `I had a misunderstanding with my father and swore not to stay in his house three nights, so if you permit me I would like to spend these three nights with you` The man said: `Yes, I permit you.`”

added: “‘Abdullah Ibn ‘Amr told us that he spent three nights and did not notice that the man prayed the optional night prayers during any of these nights, but if he woke up during the night, he would simply mention Allah. Nonetheless, I never heard him utter except good things, so when the three nights finished, I almost belittled his deeds (as they were insignificant) and I said to him: `O slave of Allah! There was not dispute between me and my father or anger, but I heard the Prophet

saying thrice: “A man from the dwellers of Paradise will walk in now” and you walked in all three times, so I wanted to sleep in your place to see what you do in order to imitate you, but I did not see that you exert extra effort in performing any extra deeds. How did you reach such status to deserve what the Prophet

said to him: “This difficult quality to obtain is what granted you this rank”.  [Ahmad]

The keenness of the Salaf

to have pure hearts:

It is not an easy task for someone to maintain a heart free from spite and hold no grudges against anyone. On the other hand, it is not an impossible mission either, and can be achieved with training, practice and constant striving.

were very keen to remove any bad feelings from the hearts of their brothers towards them. `Aa’ith Ibn `Amr Al-Muzani

reported: “Abu Sufyan passed by Salman, Suhayb and Bilal and some other Companions

(after the conquest of Makkah, when he was still a disbeliever). They said to him: "The swords of Allah did not exact their due from the foes of Allah?'' Abu Bakr

said to them: "Do you speak like this to the chief of the Quraysh and their master?'' Then he went to the Prophet

and related this to him. He

rushed back to them and said: "O my brothers! Did I offend you?'' They replied: "No. May Allah forgive you, brother”. [Muslim]

This proves that a person must rush to make amends and apologize for his actions, if he fears that a fellow Muslim was offended or his feelings were hurt, to make sure his brother’s heart remains pure towards him. The one who is being apologized to must accept without delay and comfort his brother, and assure him that he is not holding any grudge against him and supplicate for him as the companions did with Abu Bakr

Free your heart from spite -II