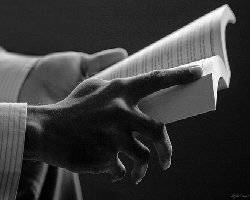 It has become one of the sources of social pride and the characteristics of civilized families and high classes to send their daughters without a Mahram (non-marriageable male) to study in a foreign country. They imbue this act with a religious form and say that the Prophet

said: “Seeking knowledge is an obligation upon every Muslim.” [Ibn Maajah (Al-Albaani: Saheeh)] They ignore the fact that the knowledge meant in the Hadeeth (narration) is that knowledge which draws the Muslim man and woman nearer to Allah, The Almighty; not the false knowledge which keeps them away from Him.

Some people nowadays have trespassed the limits of Sharee'ah (Islamic legislation) and give the name “knowledge” to dancing, music, singing, drama, cinema, theater, obscene stories and every means of immorality and disbelief. Moreover, they call the study of means of Riba (usury) and the sexual theories of Freud “knowledge”! They have become impudent to the extent that they claim that the obligatory knowledge meant in the Hadeeth of the Prophet

is immorality which is disguised by the slogans of knowledge.

For the sake of clearing up any confusion, the knowledge meant in the Hadeeth is what is necessary to know about religion; such as knowing the two testimonies of faith and their meaning, prayer, fasting, Zakaah (obligatory charity) for those who have the Nisaab (the minimum amount liable for Zakaat), Hajj for those who are able to perform it, the rulings of transactions and trade for those who wish to trade, rulings of Muzaara‘ah (Crop Sharing) for those who wish to embark upon this transaction; and by the same token everybody should learn the relevant Sharee'ah (Islamic legislation) knowledge in his/her field.

This kind of knowledge is called “individual obligation” that every Muslim must learn. Any additional knowledge is considered “communal obligation”, if some Muslims learn it, the others are not required to do so. When no Muslims learn it, all of them bear guilt so long as the branch of knowledge is needed. Allah, The Almighty, Says (what means): {And it is not for the believers to go forth [to battle] all at once. For there should separate from every division of them a group [remaining] to obtain understanding in the religion and warn their people when they return to them that they might be cautious.} [Quran 9:122]

After teaching the children (both boys and girls) the necessary knowledge of religion, we should bring up each group according to the needs of natural disposition. The programs of teaching boys and girls cannot be the same; otherwise, the matter would be like shoe factories whose machines produce only one model. Unifying the educational programs of boys and girls is the worst form of foolishness and ignorance. There must be a difference in educational programs so that, in the end, we would have mothers who are knowledgeable of how to raise their children and manage their homes and families. They should also have general knowledge about nursing; some of them should be specialized in this branch of knowledge in order to nurse and treat women and children. The girl should be aware of household management, sewing, needle-work and cooking. She should learn how to bring up children in a righteous manner.

These are the basics that every girl should master after knowing the necessary matters of religion. Then, it is permissible for her to know various branches of knowledge or become specialized in them if she has the ability and desire. There is a wide sphere for this matter under Sharee'ah as long as it remains within the limits of Sharee'ah and there is no intermixing between the sexes, exposing of adornments or spreading corruption and obscenity.

Dr. Alexis Carrel said that it is foolish to make the woman renounce motherhood. Therefore, girls must not have the mental and material training that the boys have. They must not be encouraged to have the same goals as boys. Mentors must exert great effort and pay attention to the physical and mental characteristics of the male and female and their natural functions. There are differences between the sexes that cannot be ignored. Therefore, it is inevitable that we take these differences into account when building a civilized world.

He also said that it is a cause of wonder that programs of girls’ education do not include any detailed study of the young and their mental and physiological characteristics. The natural function of the woman must be returned to her. This function does not include pregnancy only, but it should also include taking care of her children.

Unfortunately, educational programs for girls and boys are similar all over the world even in Arab and Islamic countries which, regrettably, blindly follow the course of the West.
The words of Dr. Carrel with regard to the similarity of educational programs offered to boys and girls and its danger to society are very important because this approach leads to attempts to obliterate the natural and biological differences between boys and girls and their ignorance of their role in life.