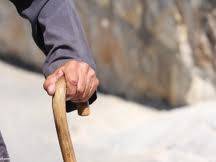 A person may have one of two states of mind at the time of death: if he was obedient he regrets that he did not do more righteous deeds at the time of his death; but if he is disobedient, he regrets his shortcomings and wishes to return to this life so that he could repent and act righteously. However, by then it is too late. Allah The Almighty Says (what means): {…and if they seek to please Allah, yet they are not of those who will ever be allowed to please Allah.} [Quran 41:24] and also: {Until, when death comes to one of them (those who join partners with Allah), he says: “My Lord! Send me back, So that I may do good in that which I have left behind!” No! It is but a word that he speaks; and behind them is Barzakh (a barrier) until the Day when they will be resurrected.} [Quran 23:99-100]

Death is an indisputable fact; Allah The Almighty Says (what means): {And the stupor of death will come in truth: “This is what you have been avoiding!”} [Quran 50:19] Who can argue about death and its agonies after hearing these words? Who can dispute the pressing of the grave? Who can delay his death from its appointed time? Allah The Almighty Says (what means): {….when their term comes, neither can they delay it nor can they advance it an hour (or a moment).} [Quran 7:34]

We must ask ourselves: why are we so arrogant when we will soon be consumed by the earth? Why do we transgress when we know our final destination is a hole under the ground? Why do we put off obedience and continue to stay heedless when you know that death comes suddenly, without warning?

- {Every soul shall have a taste of death: and only on the Day of Judgment shall you be paid your full recompense. Only he who is saved far from the Fire and admitted to the Garden will have attained the object (of Life): for the life of this world is but goods and chattels of deception.} [Quran 3:185]

- {And invoke not any other Ilaah (god) along with Allah, Laa ilaaha illa Huwa (none has the right to be worshipped but He).} [Quran 28:88]

He who thinks that death is the final stage of his existence, after which there will be no accountability, no Paradise or Hellfire and no life after that, is in serious error. If this was the case, there would have been no wisdom behind creation and existence to start with, and all people would have been equally at rest after death. The believer and the disbeliever would have been the same, as would the murderer and his victim; the oppressor and the oppressed; the obedient and the disobedient, the adulterer and the one who guarded his prayers, and so on. This is the belief of the polytheists as Allah The Almighty Says (what means): {The disbelievers pretend that they will never be resurrected (for the Account). Say (O Muhammad): Yes! By my Lord, you will certainly be resurrected, then you will be informed of (and recompensed for) what you did; and that is easy for Allah.} [Quran 64 :7] and also: {And he puts forth for Us a parable, and forgets his own creation. He says: “Who will give life to these bones after they are rotten and have become dust?” Say (O Muhammad): “He will give life to them Who created them for the first time! And He is the All-Knower of every creation!”} [Quran 36:78-79]

By remembering death often we can purify ourselves and our actions to attain success in this world and the Hereafter. Let us not ever forget that this moment could be our last, and not put off until tomorrow what can, and should be done today.