We Shall Start from Here - II 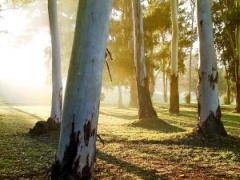 1-   The second type: People who were heedless and submerged in sins before Ramadan, but with its advent they became worshippers and started fasting and performing the night prayer. They also started reciting the Quran, giving charity, shedding tears out of fear of Allah The Almighty, and their hearts became submissively humble. When the hearts of such people tasted the sweetness of faith and enjoyed obedience to Allah The Almighty, their greatest wish was to enter Paradise. Therefore, Allah The Almighty accepted their repentance and guided them to His right path. Now they are striving to adhere to this path and ask Allah The Exalted to guide them and to always make them guided.

One person belonging to this category of people said,

In the past, I used to observe the obligatory and supererogatory acts of worship, but I later started neglecting them gradually until I sank in the swamp of evil desires. Worry, sadness and depression became my constant companions because of my sins and watching prohibited TV series and pornographic material. I felt that the earth was closing in on me in spite of its vastness, but with the advent of Ramadan, I thought carefully and realized that it (the month) lapses quickly, so I was determined to leave the sins, and I stayed in the mosque reciting the Quran. The result was magnificent, as I found tranquility, psychological reassurance and happiness following my repentance. I found happiness in reciting the Quran, staying in the mosque, shedding tears and feeling remorse over my previous misdeeds. I found my happiness in worshipping Allah The Almighty in private and making ‘Itikaaf (staying in seclusion). After Ramadan, I renewed my determination and continued my journey without stopping. Now, this is my second Ramadan and I ask Allah The Almighty to make it better than the previous one.

I was addicted to spending my time in cafes. I would spend long hours feeling bored, because I was away from Allah The Exalted. I was also addicted to car shows where the drivers tries to display their reckless driving skills and chaotic style. Even after my marriage, I remained away from Allah The Almighty until the advent of the blessed month of Ramadan.

On the ninth day of Ramadan, I learnt that my cousin had died while he was fasting and making prostration, after he was accidentally electrocuted. After that, I started thinking of the long-forgotten end and I swear by Allah I spent the night weeping in my bed out of fear of Allah The Almighty. I used to hear from my old friends, may Allah guide them, that adherence to the teachings of Islam is very difficult. Nevertheless, I started looking at the righteous people and asked myself, how do they live? I went to a shop selling religious tapes and asked the salesman to give me something that would touch my heart. After hearing this tape, Allah The Almighty guided me and I became adherent to my religion and kept away from religious violations and wasting time.

2-   The third type: People who were heedless and sunk in sins before Ramadan, ‎but with its advent they became worshippers and started ‎fasting and performing the night prayer; they also started reciting the ‎Quran, giving in charity, shedding tears, and their hearts became ‎submissively humble. However, no sooner had Ramadan ended than they returned to their heedlessness and sins.

O slave of Allah The Almighty: Do you know what serious disaster you have fallen into? Do you know what trial has afflicted you? You have replaced closeness with desertion and love with hatred. O slave of Allah The Almighty, do not be like the woman who untwisted her spun thread after it had been made strong! Do not destroy what you have built! Do not blacken what you have whitened! Do not return to sins and disobedience, because you will harm yourself!

O slave of Allah The Almighty, you do not know when you will die or leave this world! Beware of dying after returning to sins and disobedience!

Remember that {Indeed, Allah will not change the condition of a people until they change what is in themselves.} [Quran 11:13]

So, change your conditions, leave sins, draw closer to your Lord so that He draws close to you.

3-   The fourth type: The people who entered Ramadan and left it without any change of any kind; rather, their sins and misdeeds may even increase, drawing them nearer to Hell.

Those are the ultimate losers, and they have lived like animals without knowing why they were created. Such people do not recognize Ramadan or its great status to the extent that I have heard one of them priding himself in breaking his fast during the day in Ramadan.

We Shall Start from Here ‎- I