The Verses of Fasting and Contextualization - I 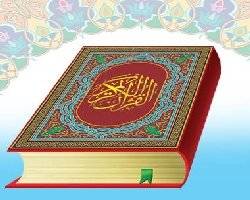 The discourse of the verses of fasting starts with a general instruction to the Ummah (Muslim nation) to realize righteousness in its comprehensive meaning. This includes all the different good deeds that can be done to achieve the victory of goodness that can guarantee the survival of the Ummah and ensure its protection against destruction.

Allah The Almighty Says (what means): {Righteousness is not that you turn your faces toward the east or the west, but [true] righteousness is [in] one who believes in Allah , the Last Day, the angels, the Book, and the prophets and gives wealth, in spite of love for it, to relatives, orphans, the needy, the traveler, those who ask [for help], and for freeing slaves; [and who] establishes prayer and gives Zakah; [those who] fulfill their promise when they promise; and [those who] are patient in poverty and hardship and during battle. Those are the ones who have been true, and it is those who are the righteous. } [Quran 2: 177]
Taking into consideration that the Muslim individual is the basis of the extension of the Ummah, the human meaning is the one that explains the reality of righteousness. It was narrated that Waabisah ibn Ma‘bad, may Allah be pleased with him, said, "I went to the Messenger of Allah

who then said: ‘You came to ask about righteousness?' I said, ‘Yes.’ He said: ‘Consult your heart. Righteousness is that about which the heart feels tranquil and the soul feels tranquil, and sin is that which wavers in the heart and moves to and fro in the breast even though people again and again give you an opinion [in its favor].’” [Ahmad and Ad-Daarimi]
The Prophet

said: “Righteousness is good morals, and sin is that which wavers in your heart and you do not want people to find out about it.” [Muslim]
Thus, righteousness is included in the three principles that can guarantee the safety of the life of the Muslim, as the Messenger of Allah

said: “Nothing can repel Divine decree except supplication, nothing increases one’s lifespan except righteousness, and a man may be deprived of provision by a sin that he commits.” [Ahmad] [Al-Albaani: Hasan]
From the relationship between righteousness and life, the connection with the next verse emerges. It contains the ruling of legal retribution in the context of achieving the objectives for the survival of the Ummah, because legal retribution is a means of protection for the life of the Ummah. Allah The Almighty Says (what means): {O you who have believed, prescribed for you is legal retribution for those murdered - the free for the free, the slave for the slave, and the female for the female. But whoever overlooks from his brother anything, then there should be a suitable follow-up and payment to him with good conduct. This is an alleviation from your Lord and a mercy. But whoever transgresses after that will have a painful punishment. And there is for you in legal retribution [saving of] life, O you [people] of understanding, that you may become righteous.} [Quran 2: 178-179]
Then, after the verses of legal retribution, comes the ruling of the bequest that links the relationship between sustenance and lifespan. These are the two basic dimensions of the reality of life. This is because inheritance is the connection between sustenance and the lifespan, and denotes the transmission of sustenance from the dead to the living. Allah The Almighty Says (what means): {Prescribed for you when death approaches [any] one of you if he leaves wealth [is that he should make] a bequest for the parents and near relatives according to what is acceptable - a duty upon the righteous. Then whoever alters the bequest after he has heard it - the sin is only upon those who have altered it. Indeed, Allah is Hearing and Knowing.} [Quran 2: 180-182]
As for the connection between the bequest at death and the month of Ramadan, it is the ‘testimony’ that the Ummah performs to fulfill the will. The Ummah starts fasting the month of Ramadan with this. If death approaches anyone and he bequeaths something orally and one of the Muslims hears it, then fulfilling such a will becomes the responsibility of the whole Ummah, including its judiciary system and ruler. The same ruling should be observed if a Muslim individual witnesses sighting the crescent.
The testimony of the Ummah derives its great values from its testimony to the Oneness of Allah The Almighty. It is upon this testimony that the trustworthiness of the person and the acceptance of his testimony are based. To prove this, Allah The Almighty Says (what means): {Allah witnesses that there is no deity except Him, and [so do] the angels and those of knowledge - [that He Is] maintaining [creation] in justice. There is no deity except Him, the Exalted in might, the Wise.} [Quran 3: 18]
Thus, the testimony of Tawheed (Islamic monotheism) is one form of maintaining justice. It also includes the testimony among people. Allah The Almighty Says (what means): {O you who have believed, be persistently standing firm for Allah, witnesses in justice.} [Quran 5: 8]
Consequently, the Messenger of Allah

affirmed acknowledging the two Testimonies of Faith in accepting the witness of the man who sees the crescent. It was narrated that Ibn ‘Abbaas, may Allah be pleased with him, said, “A bedouin came to the Prophet

and said, ‘I have seen the new moon.’ He said: ‘Do you testify that none is truly worthy of worship except Allah?’ The man replied in the affirmative. The Prophet

then said: ‘Do you testify that Muhammad is the Messenger of Allah?’ The man again replied in the affirmative, so the Prophet

said: ‘Then Bilaal, announce to people that they should fast from the next day.’” [Ahmad]
Thus, what is proved in this context is the meaning of righteousness as a human legal reality on which the edifice of the Ummah is based.

The Verses of Fasting and Contextualization - II

The Verses of Fasting and Contextualization - III

The Verses of Fasting and Contextualization - IV